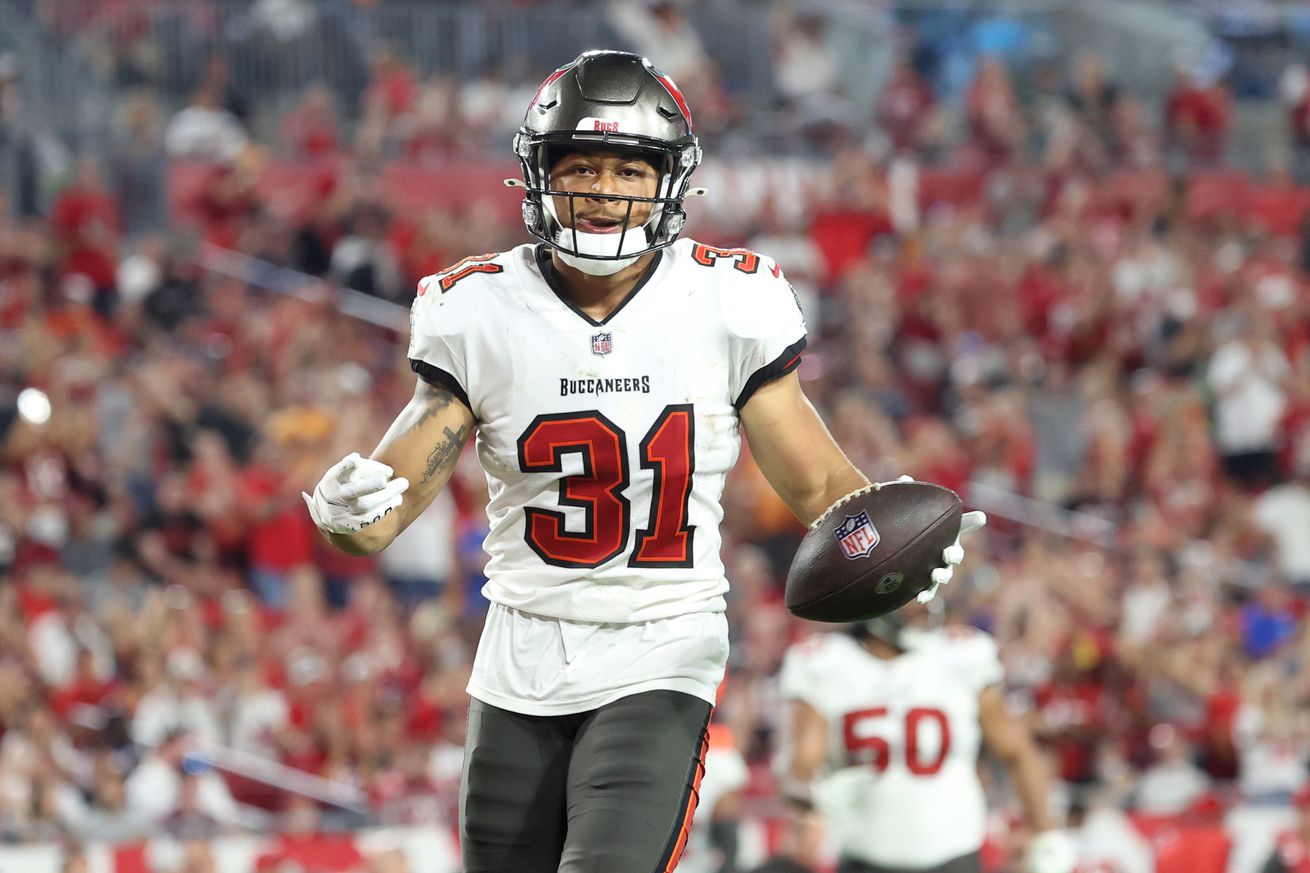 The Bucs may have lost Jordan Whitehead to the New York Jets in free agency but they made some signings in Logan Ryan and Keanu Neal to help fill the void. Even though neither of those players are a one-for-one replacement, third year safety Antoine Winfield Jr. is excited for what they bring to the team.

The word of the day at OTAs on Tuesday was versatility – and that’s exactly what the Bucs have in Ryan and Neal. When Winfield spoke to the media following practice, he stressed how important and how impactful that can be;

That’s the thing about having a safety group that includes Winfield, Neal, Ryan, and Mike Edwards – the versatility. Ryan is a “Swiss army knife” kind of player that can play deep, play slot, blitz, and crash the box. Winfield Jr. is the same way. Having multiple players on the field with that wide of a skillset is a huge advantage for the defense.

When offenses send players in motion, yell dummy calls, audible in order to try and get the defense to show their hand a little, the Bucs won’t have to. They’ll have multiple players that can go to multiple parts of the field on any given play, adding another layer of deception and difficulty to Todd Bowles’ exotic defensive schemes.

This, you would hope, would create more broken plays, more miscommunication, and more mistakes from the offense which will result in more breakups and takeaways from the secondary in 2022. Add to that a healthy group of Carlton Davis, Jamel Dean, and Sean Murphy-Bunting as well as the addition of Zion McCollum and you have a secondary poised and ready to be physical and make plays.

It was already difficult enough to tell where Bowles was sending his blitzers. Now, with these multifaceted safeties lurking around it will be chaos for some top tier offenses on the schedule to correctly read what they are seeing and get into a rhythm. If they can stay healthy, this defense can become every bit as impressive throughout the 2022 season as they were in the 2020 postseason.