Assessing the Buccaneers Running Back Room 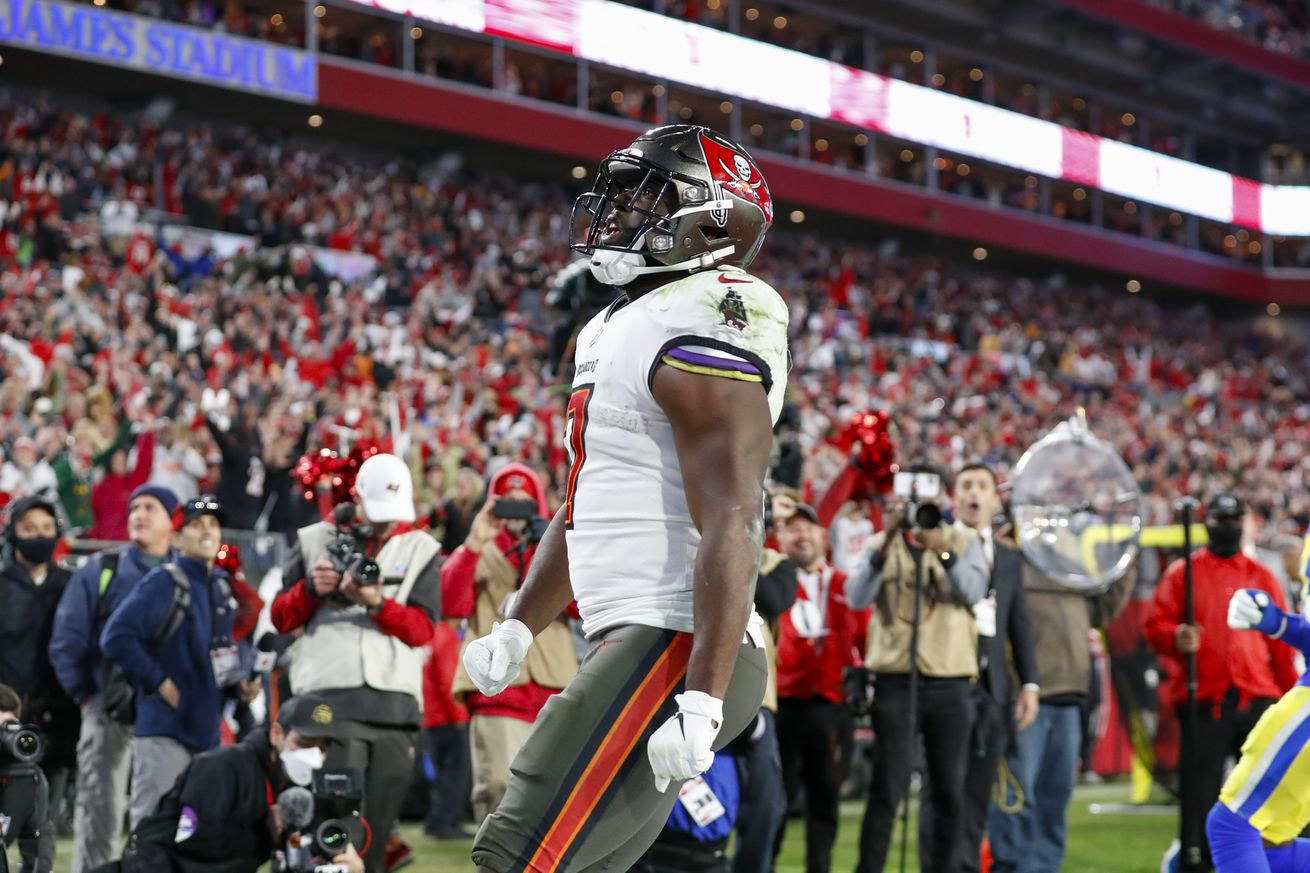 This offseason, the Bucs running back room was due for a shakeup with Leonard Fournette, Ronald Jones and Giovani Bernard all scheduled to be free agents.

As fate would have it, Fournette would return to Tampa Bay on a three year deal while Bernard wound back with the Bucs on a one year deal. As for Ronald Jones, it felt like his time in Tampa had expired and that was proven true when he signed a one year deal with the Kansas City Chiefs.

So after all of that, the position group that appeared to be on the verge of a overhaul, did not really change all that much besides the loss of Ronald Jones. To replace him, the Bucs drafted Arizona State RB Rachaad White in the third round of the NFL Draft.

Now the running back room is likely to include Leonard Fournette, Giovani Bernard, Rachaad White and Ke’Shawn Vaughn. Fournette appears primed to be the lead back as he was in most of the 2021 season. While Gio Bernard was brought back likely to contribute on third downs with his pass blocking and pass catching skills, the selection of Rachaad White may cut into his snaps a little bit.

While White is not the pass blocker that Bernard is quite yet, he was productive at catching the ball out of the backfield in college and will look to replicate that skill set in the NFL. Now, where does leave Ke’Shawn Vaughn? The former third round pick in 2020 has struggled to find his way in the NFL.

Vaughn is a player who has a lot of the tools teams look for in their backs, but he just has not put it all together yet and unfortunately for him, the Bucs appear to be done waiting on him. If he is able to stand out in camp and impress the coaching staff, then it is just another piece to the puzzle the Bucs can add in their offense but until then, they have to assume he won’t but anything more than solid depth for this team.

Tampa Bay is comfortable rolling with Leonard Fournette as their lead back this season and for good reason. Fournette was fantastic in 2021 and hopefully he will be able to continue that success in 2022 and beyond.

Expect to see a lot of Leonard Fournette out of the backfield in 2022, with Gio Bernard and Rachaad White sprinkled in here and there. The Bucs running back room may not look so different in 2022 after all.