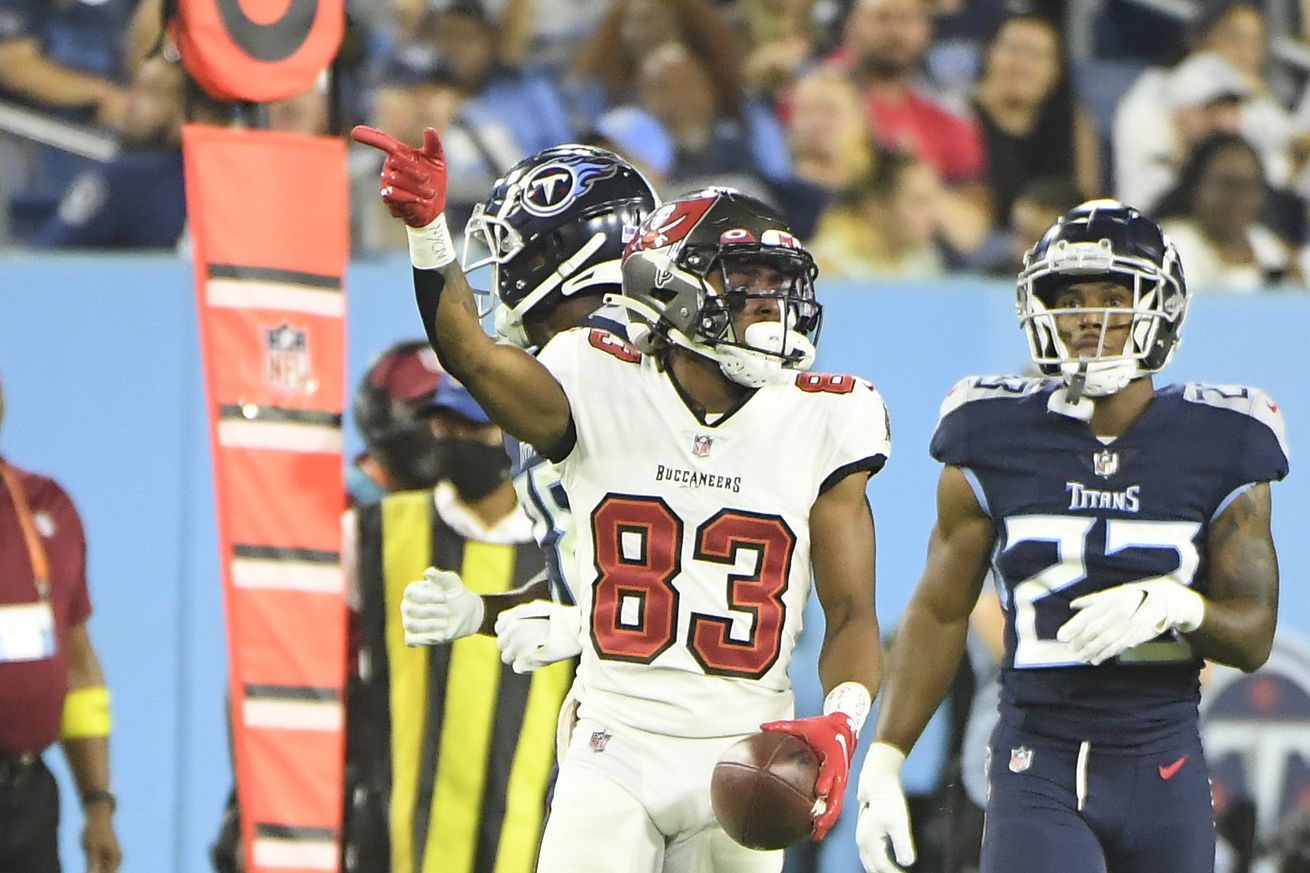 The Bucs have announced their 14-man practice squad, headlined by WR Deven Thompkins

While the Tampa Bay Bucs made some surprising decisions on their way down to a 53-player roster, they brought back one fan favorite to the practice squad on Wednesday. Wide receiver Deven Thompkins headline the group of fourteen players that will be on Tampa Bay’s practice squad. Thompkins – who shined in the preseason and throughout training camp – was one of the more surprising cuts on Tuesday along with fellow wide receiver Tyler Johnson, who was claimed by the Houston Texans.

The Bucs’ practice squad is as follows;

Thompkins is likely going to be one of the four players the Bucs choose to protect throughout the season after his stellar preseason. It’s also worth noting that his work on special teams as a returner adds a lot of value to the team should something happen to Jaelon Darden.

Genard Avery was a player the Bucs brought in after he was cut by the Pittsburgh Steelers, though he didn’t have much time to become familiar with the defensive system and earn his way onto the 53-man roster. Todd Bowles really likes what he can offer, so don’t be surprised if he’s an early call up.

Ryan Griffin will once again be on the practice squad, marking his eighth year with the team.

A somewhat surprising omission is kicker Jose Borregales. He was protected by the Bucs throughout the entire 2021 season and while he missed a few long kicks during the preseason, many expected him to at least be back on the practice squad.