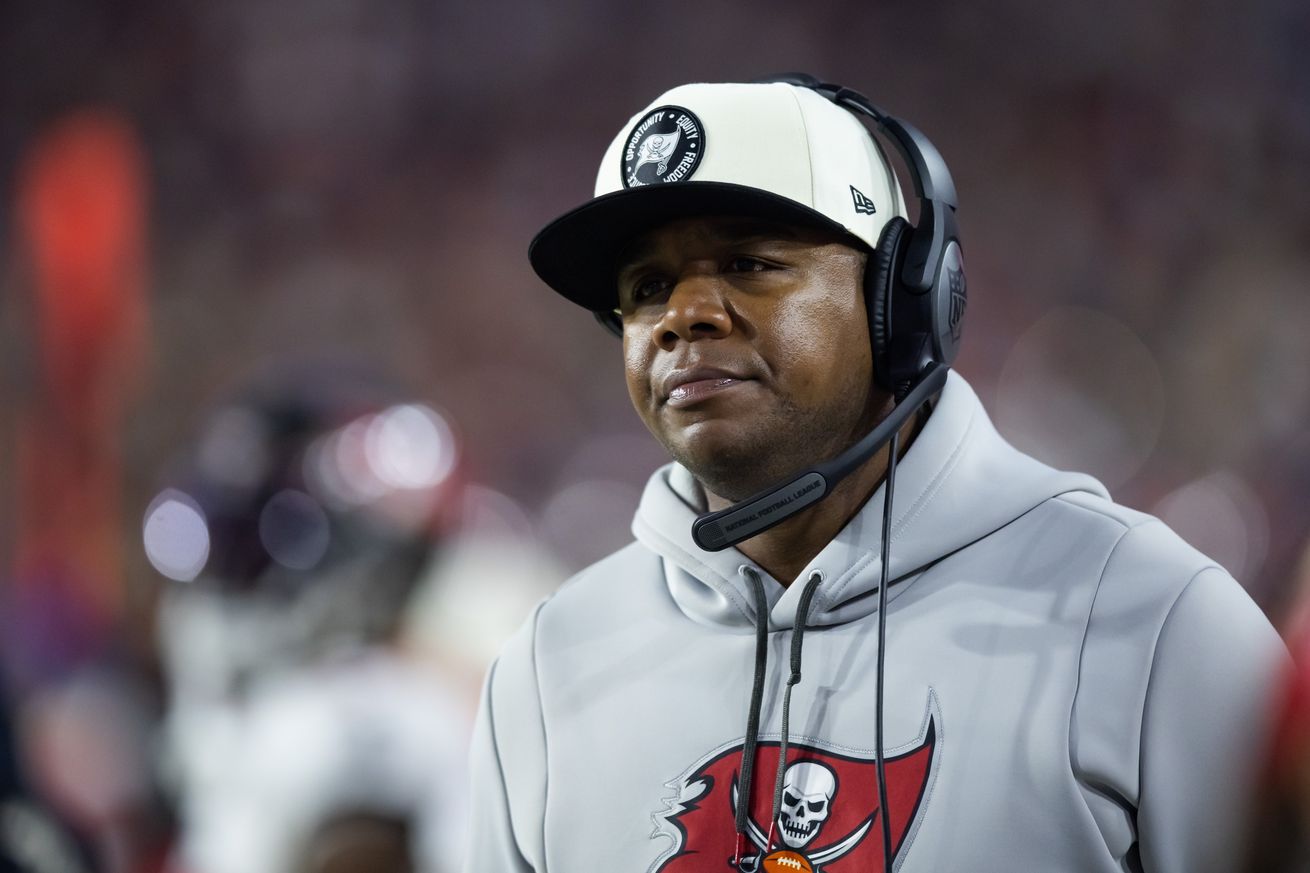 The move was rumored shortly after the Wild Card game ended.

For the first time, #Bucs coach Todd Bowles will assemble his own offensive staff. Per me and @MikeGarafolo, one name to watch as OC: #Georgia OC Todd Monken. The former #Bucs OC could be back. https://t.co/EknZ2HKLdR

According to Rick Stroud of the Tampa Bay Times, Leftwich won’t be the only casualty of the Bucs’ 8-9 finish and Wild Card loss.

The Bucs have fired offensive coordinator Byron Leftwich. The team is making sweeping changes to their coaching staff following an 8-9 regular season and wildcard loss to Dallas. As many as five offensive assistants and two on defense are expected to be let go.

Leftwich has served as the Bucs’ offensive coordinator since 2019. Last offseason, he was in consideration for head coaching roles, but this season, the Bucs offense was underwhelming. The Bucs ranked fifth in passing yards, but were middle of the pack for passing touchdowns with 26 all season. They were seventh in rushing yards, but dead last in rushing touchdowns with five. Yards don’t matter if you can’t put points on the board.

The move is not a surprise: Rumors that Leftwich would be let go started circulating shortly after the Wild Card matchup ended on Monday night.

So now Todd Bowles will get to build his own offensive staff. We’ll update this story as more details become available.