Buccaneers Jason Licht: “You always leave the light on for a guy like Tom Brady” 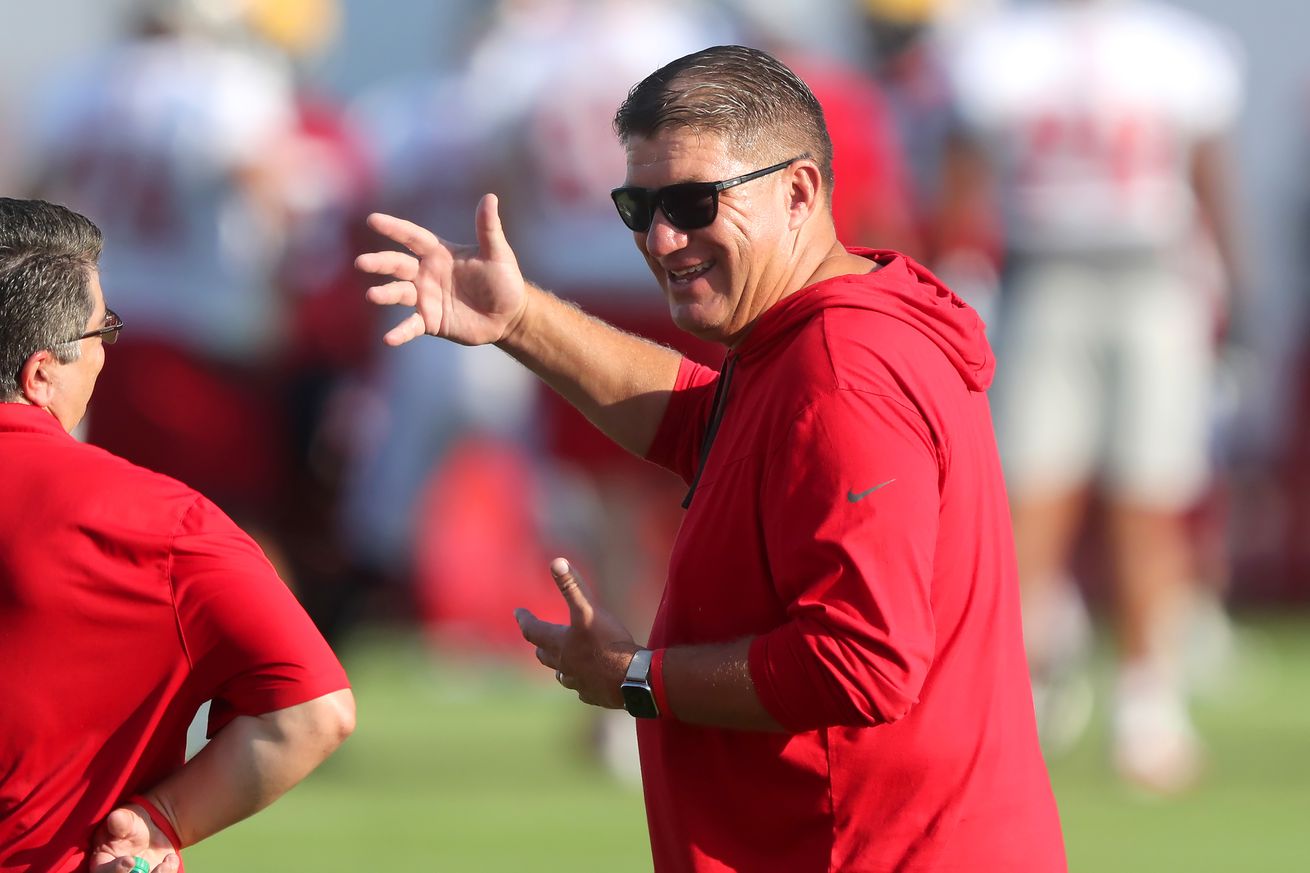 The Bucs still have a large looming question they must face in the early stages of the offseason: Who is going to be the Quarterback? Following the retirement of Brady at the beginning of the offseason, speculation has mounted as to who the next Qb will be for the Bucs or if Brady may make a possible return to the team. Speaking to Peter Schrager of Good Morning Football, Bucs GM Jason Licht was asked about the possibility of Licht coming back from retirement. “You always leave the light on for a guy like Tom Brady.” said Licht.

This is expected from not just the Bucs but any team that would have a QB of the caliber of Brady retire. The best option for the Bucs QB position is for Brady to make a return and even though it is still highly unlikely, the team will leave that option open. This does not mean however the Bucs are not going to be moving forward with other options at the position, Jason Licht said that they are in the process of making plans as to what their options might be in free agency and on the roster as to who’s Brady successor may be. “We’re trying to make our plans to move forward if that’s the case that we need to move forward on.”