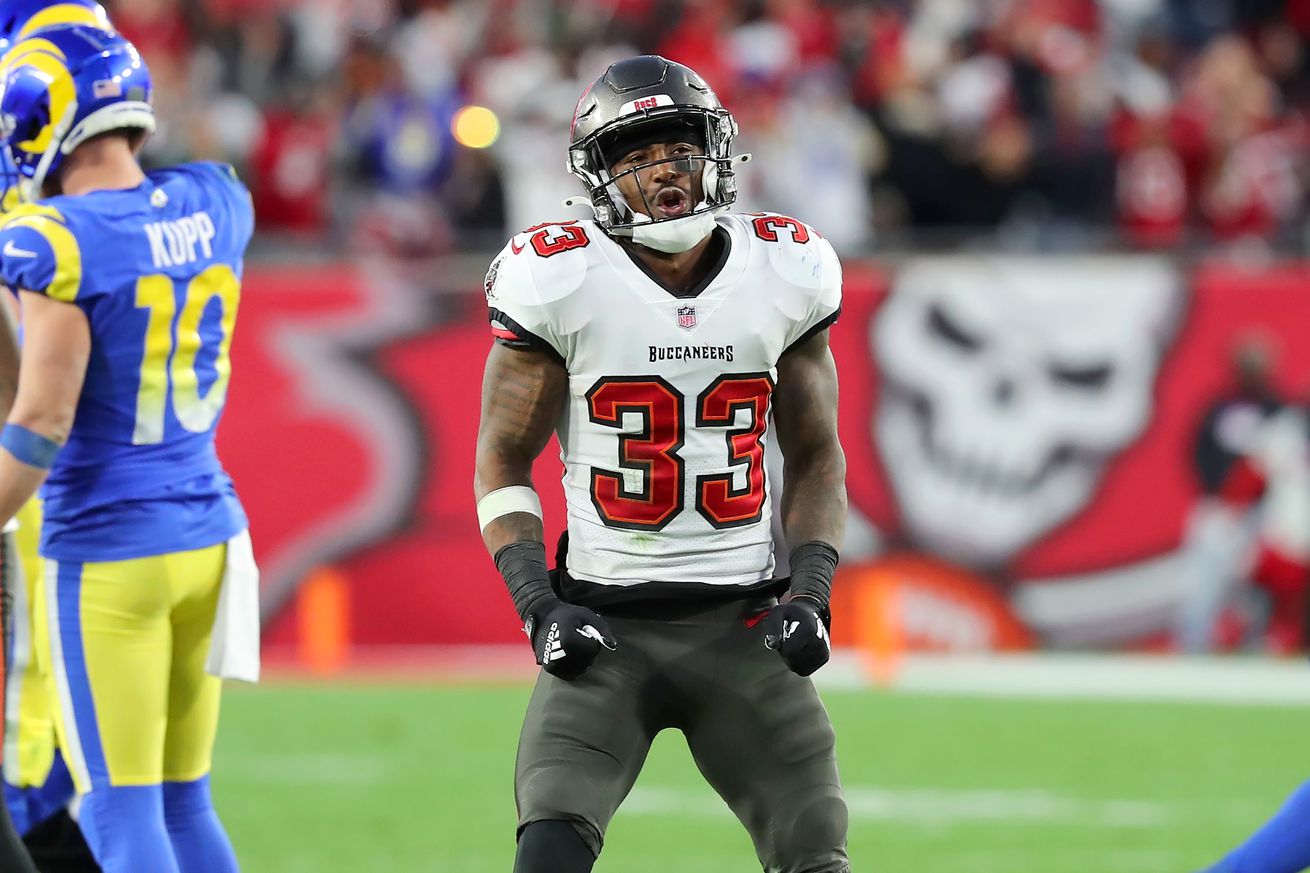 The starting safety is reportedly heading to the big apple

This offseason, the Bucs were likely not going to be able to “run it back” like they did in the 2021 offseason. They have already reportedly lost starting guard Alex Cappa to the Cincinnati Bengals and now they appear to be losing another piece.

Safety Jordan Whitehead is expected to leave the Bucs and sign with the New York Jets on a two year deal.

Jordan Whitehead’s deal with the Jets is for two years at $14.5M in total, per source.

Whitehead, who will be 25 at the start of next season was considered a high energy player on the Tampa Bay defense and is one of the reasons the Bucs have been able to have a very good run defense over the past few seasons.

The loss of Whitehead is certainly a big one for the team and he will be difficult to replace, but the Bucs do have a internal option in Mike Edwards if they choose. They could always add another safety, but it would not be a surprise if they just stuck with Edwards who is familiar with the system.

The Bucs essentially chose Shaq Mason, who has 2 years and 16 million left over Whitehead who signed a deal similar to that. The Bucs acquired Mason shortly after it was reported that Whitehead was departing.

It will be interesting to see what route the Bucs take to replace such a key piece to the defense.