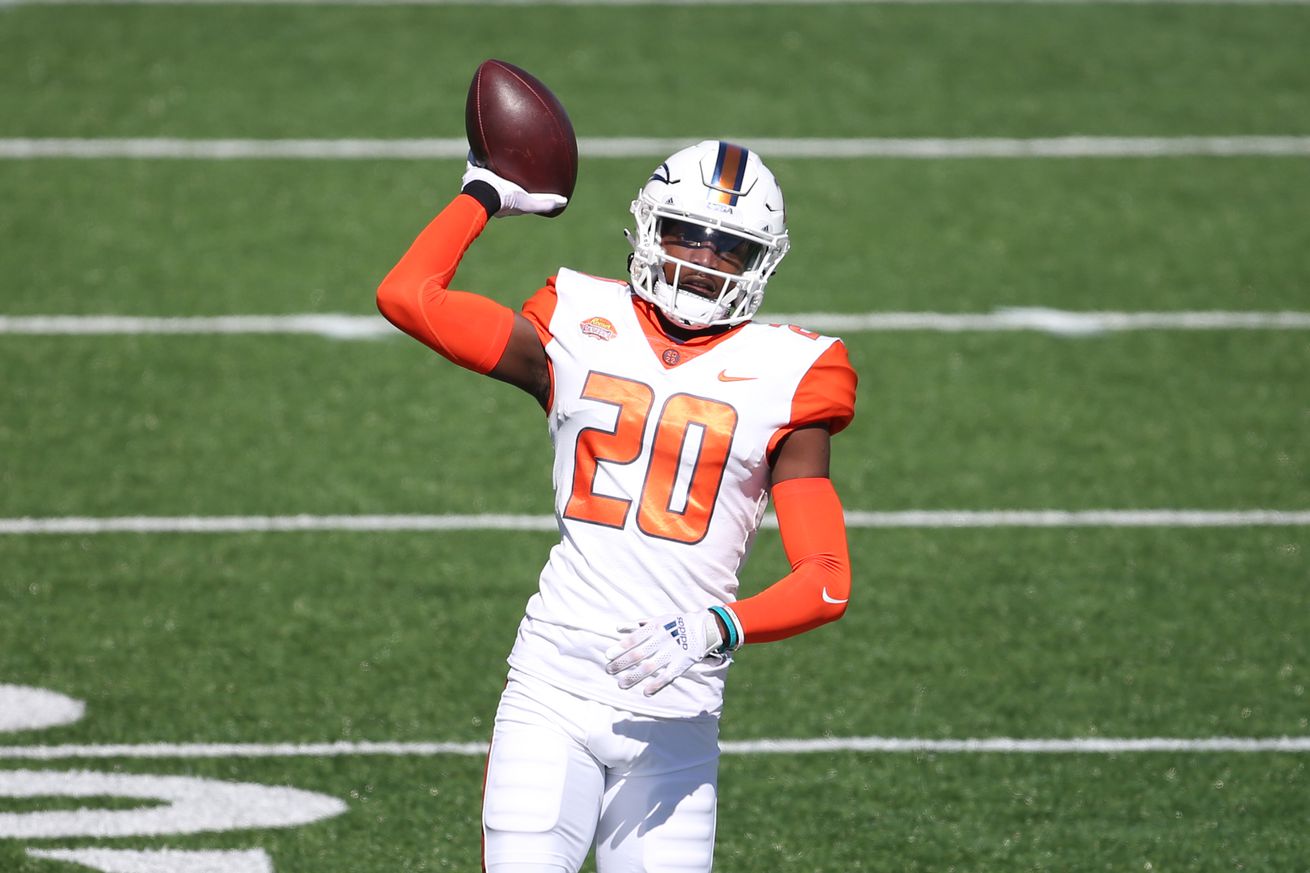 Could the Bucs add to their corner depth this upcoming draft?

To pick just 30 out of all the talented young men about to start their NFL careers was difficult, but it’s done, and now we turn our attention to someone who can come in and help the depth of the Bucs cornerback room, Tariq Woolen out of UTSA.

Woolen would play sparingly in his first three years of college, being redshirted after one game his freshman year, then finishing with three total tackles in his redshirt freshman and sophomore seasons. However, In his Junior and Senior seasons, Woolen was given more chances to play. He showcased his abilities with 60 combined tackles, five tackles for loss, one and a half sacks, two interceptions, and 9 pass defenses in his junior and senior seasons combined.

The first thing that comes to mind when thinking about what a role for Woolen would be a strong depth option at the Bucs corner position. The team was decimated by injuries at the position last season and were playing multiple games with their fifth, sixth, seventh, and eighth corners as their starting options for games. Adding Woolen would give you more security in your cornerback depth and provide a young athletic option who could give you very quality snaps if you needed him to.

If the Bucs were to draft Woolen, there is a very real possibility he could be a starting corner opposite Carlton Davis in three years’ time or even earlier. With Jamel Dean and Sean Murphy-Bunting both having expiring contracts after this upcoming season, Woolen would have a huge opportunity to slot right into one of the starting corner positions that would make itself available.

The stock of Tariq Woolen is on the rise as many experts believe the UTSA corner has plenty of room to grow as an NFL-caliber corner with fantastic size and instincts. Experts initially have Woolen with the traits and ability to be a high-tier backup in the NFL which would place him in the middle rounds of the NFL Draft (Round 3-5).

Taking a player like Tariq Woolen is something I believe the Bucs would strongly consider. Woolen has the skills and ability to develop as a future starting corner in the league and could be a nice outside corner opposite Carlton Davis in the future if the team does not re-sign Jamel Dean or Sean Murphy-Bunting. At the very least, Woolen provides you, and capable depth at a cornerback position that suffered many injuries last season and is in need of high-quality depth.

Let us know Bucs Fans, what do you think about the possibility of the Bucs drafting Tariq Woolen?