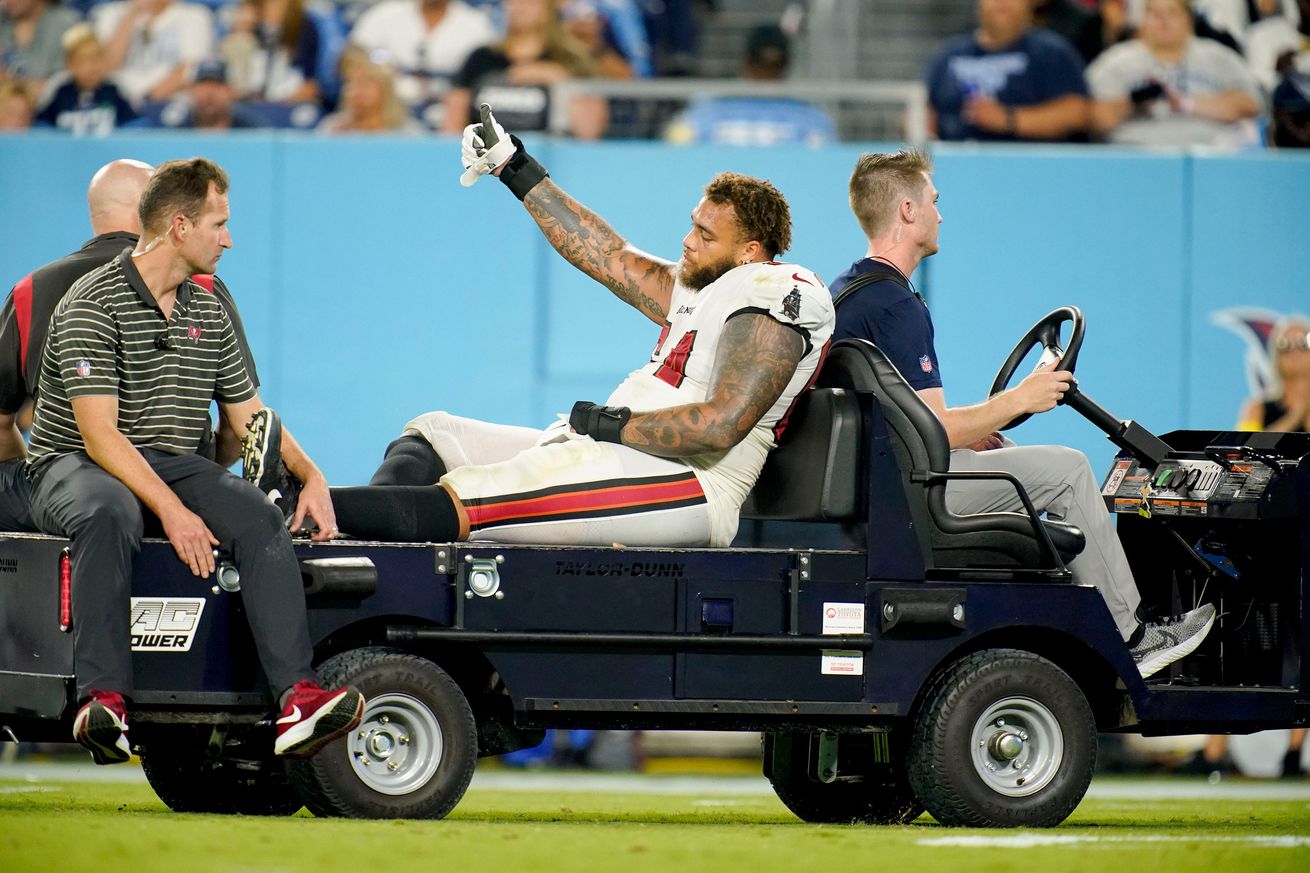 The Bucs made the cut from 85 to 80 players Monday ahead of the Tuesday roster deadline, but unfortunately two moves ended the season for a pair of significant contributors.

Aaron Stinnie and Cam Gill were both placed on injured reserve, which officially ends their seasons because it was done prior to the 53-man roster being finalized.

Stinnie reportedly tore his ACL and MCL after getting rolled up on during the team’s 13-3 loss to the Tennessee Titans last Saturday. Cam Gill, meanwhile, broke his foot two weeks ago during the 26-24 loss to the Miami Dolphins and needed surgery.

Stinnie’s injury makes a major dent in the team’s offensive line, as he was competing for a starter spot at left guard and even then was poised to be a primary depth option. It likely pushes rookie Luke Goedeke toward the front of the line in this competition.

Gill, meanwhile, firmly held the fourth linebacker spot and looked good this off-season. The team immediately signed Carl Nassib as a replacement for his second go-around with the franchise.

The Bucs also waived wide receiver Vyncint Smith, safety Troy Warner and tight end Bug Howard. Smith didn’t get many offensive snaps due to the plentiful depth ahead of him, and he didn’t stand out much as a special teams gunner. Warner played a decent amount of snaps but didn’t impress as much as Nolan Turner, who remains in the roster hunt.

Howard got barely any snaps in either preseason game and was already facing long odds with 3 roster spots already secured in Cam Brate, Kyle Rudolph and Cade Otton. He’ll hope to latch on elsewhere or wait out the next week or so for a possible practice squad spot.

Next Tuesday, Aug. 30, will be the big cutdown from 80 to the final 53. The practice squad allows up to 16 players, so 69 total will be deemed worthy of being initially rostered by the Bucs ahead of their Sept. 11 regular season opener against the Dallas Cowboys.