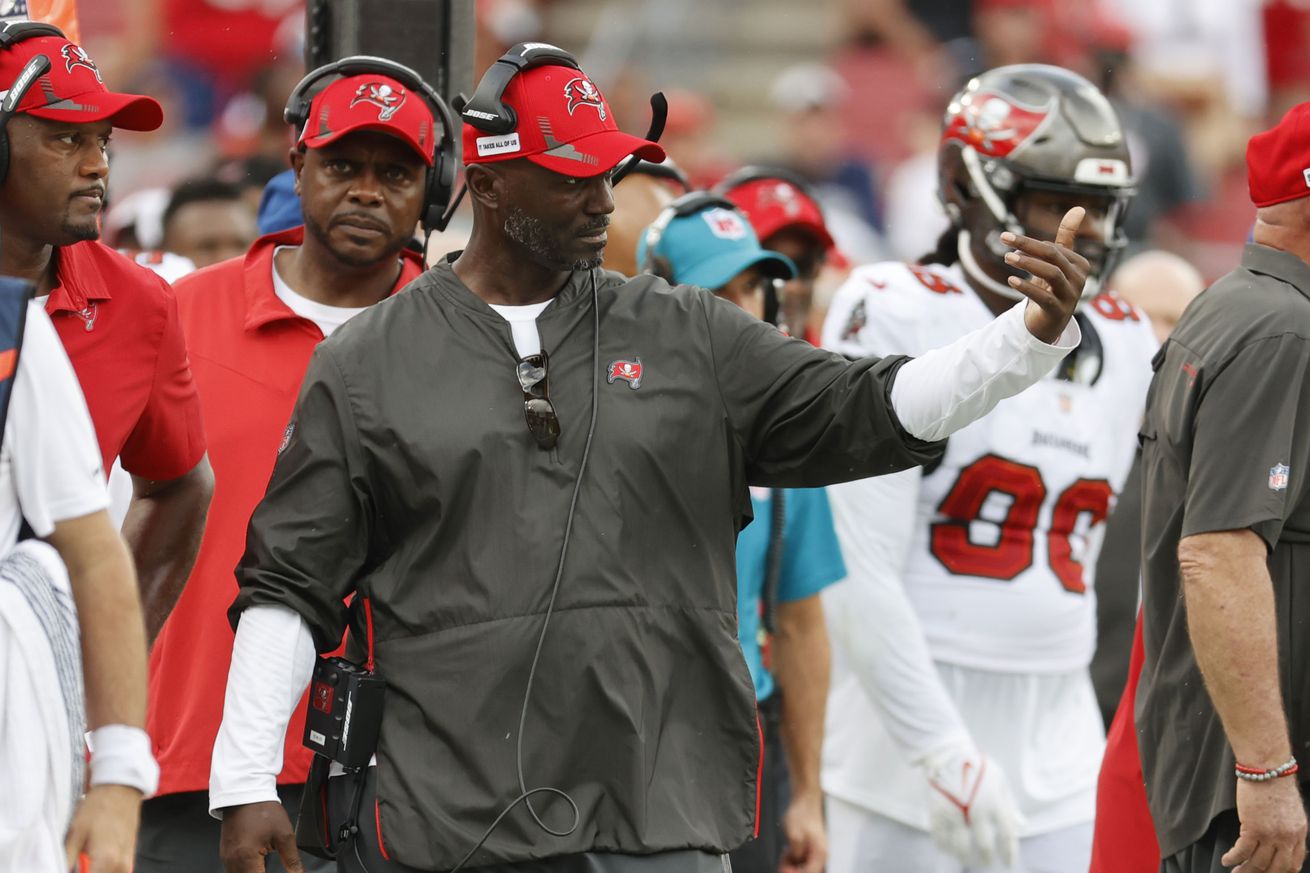 When speaking with the media, many Bucs players expressed their feelings on Todd Bowles taking over as Head Coach

With multiple Bucs players speaking to the media, obviously one of the first topics brought up was the new coaching change that seemed to come out of nowhere just a few short weeks ago. Todd Bowles, now entering his second stint as an NFL head coach and in a much better position than the first time around, is a person that the players respect and appreciate. He helped orchestrate a defense that shut down the high-octane Kansas City Chiefs in Super Bowl LV, leading to the Bucs’ second Super Bowl victory in franchise history.

Now, the Super Bowl aspirations for the season rest on his shoulders.

Lavonte David, a long time captain of the defense, was asked about the move and he was not holding back on his feelings;

“I love it, I love the move. They did a great thing just putting the right guy in front. I think everybody’s going to love him, everybody’s going to get along with him. I talked to him and he said, ‘You defensive guys, y’all know me already.’ You won’t get any bad words from anybody talking about [Coach] Bowles. Coach Bowles is a great dude. He’s a team-first guy, he’s a player-first guy. Just got to get an opportunity for the offense, throughout this process, for guys on the offense to learn and get to know him. I’m sure there’s going to be great things. But, I’m very happy for him. If it wasn’t here, it was going to be somewhere else. Definitely a guy who you can definitely go out there and play hard for four quarters of a football game.”

But he wasn’t the only one. Second year player Joe Tryon-Shoyinka, who is expected to take on a much larger role this season as there appears to be little – if any – interest between the Bucs and Jason Pierre-Paul, spoke about the move as well. Tryon-Shoyinka took more of a larger picture approach to his answer, but touched on something rarely mentioned since the move was made;

The fact that this isn’t an entire regime change, just simply a current coach sliding into a new role while the rest of staff remains intact can’t go understated. Any time there is a change at head coach in the NFL it comes with new coordinators and position coaches to fill in the head coach’s vision and philosophy. With the Bucs, all that remains the same as do the other faces in the building.

And while new safety Keanu Neal hasn’t played for Bowles in the past, he’s very aware of what Bowles does and his reputation around the league. Neal was asked about the way Bowles utilizes safeties in his defense and if that was something that Neal was excited about;

“I love it. That was one of the reasons why I decided to come here. Like I said, he’s a mastermind with what he does and I’m excited to see what he can cook up, for sure.”

While the Bucs prepare for the NFL Draft and continue to fill holes on their roster, the excitement for the season is readily known within the building in mid-April. The move may have come as a shock to media and fans, but inside the Advent Health Training Facility the players are already all-in.