Buccaneers Superlatives: Who could represent the Tampa Bay Bucs at the next NFL Honors? 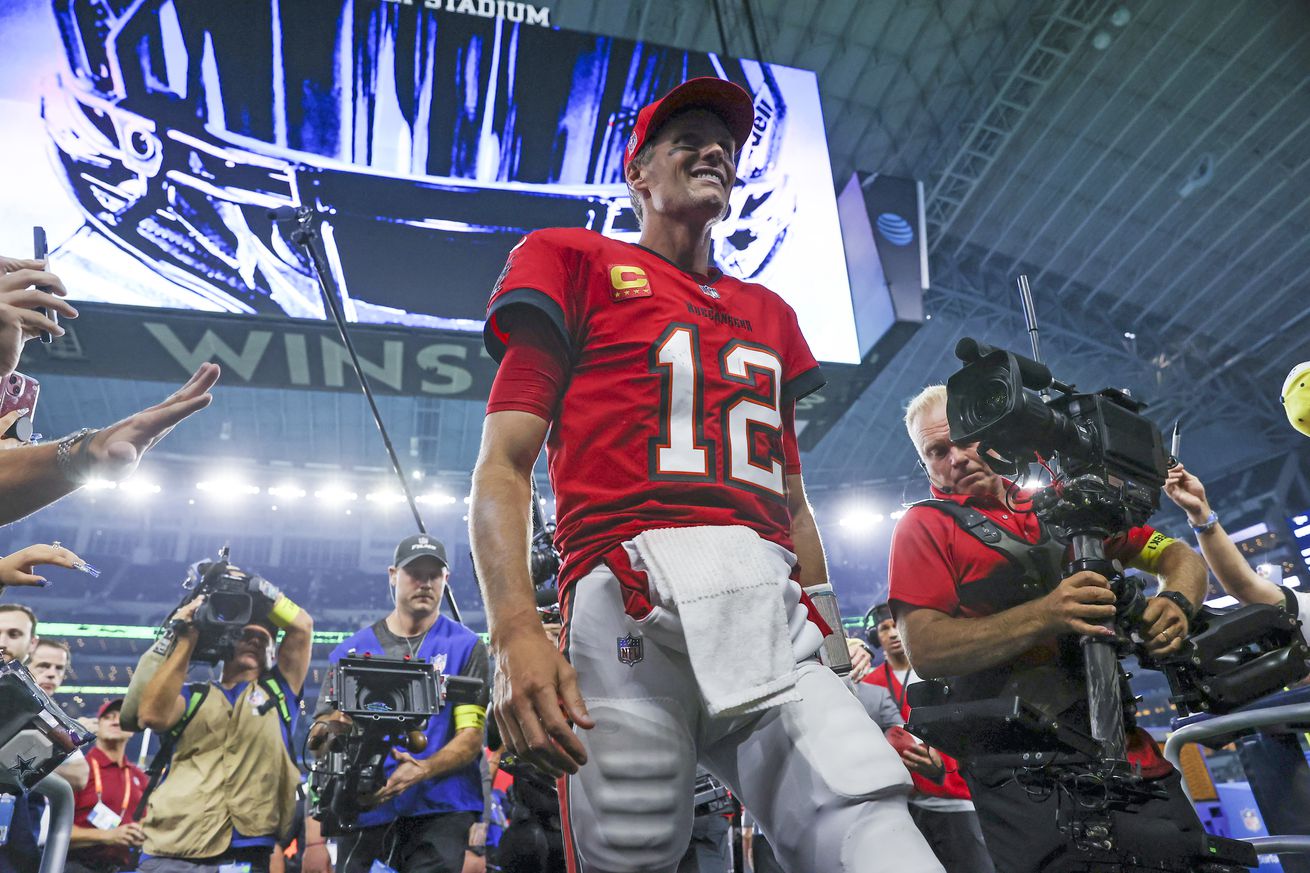 Not all 32 teams will have a player representing them at next year’s ceremony in February, but every team has players on their roster that are the most likely to take home some hardware.

With the first week of the 2022 season in the books, the Tampa Bay Bucs leave Texas in the rearview as winners of their primetime bout against the Dallas Cowboys. Sitting at 1-0, Bucs fans are frenzied over what looked like a reinvigorated defense that controlled the game and pinned the Dallas offense down after an opening drive field goal.

This game also debuted a new strategic approach from the Bucs’ offense under Head Coach Todd Bowles: Balance. The Bucs established and committed to a run game that saw carries like luggage. Tampa’s newfound sense of balance led to a box score with more rush attempts than pass attempts. This is coming from the same team who, just two seasons ago, set the all time NFL record for fewest rushing attempts in a single game.

Now, with a full game under their belts, we can evaluate how this team will be approaching the season and make some projections. Let’s play a round of Tampa Bay Bucs superlatives.

The Tampa Bay Bucs start and stop with the quarterback. Tom Brady is the greatest player in the organization’s history, as he would be in any organization’s history. No matter how much they run the ball he will have the most direct impact on the success of the team. If the Bucs are amidst another good season, gearing up for a third consecutive playoff run, at the end of the year the quarterback is likely to find himself in MVP talks as he has in years past.

Defensive players don’t win league MVP’s. The last defensive player to win the award was Hall of Famer Lawrence Taylor. That was more than three decades ago so this is unlikely, however, the Bucs defense will be showcased in a lot of primetime games this year. Devin White may not be the best individual player on the defense but he is capable of gaudy statistics and signature plays that can grab the eyes of voters. White has already registered two sacks on the season, two years ago he had nine. If Devin White can record double digit sacks from an off-the-ball linebacker position combined with 100 plus tackles and top it off with some splashy highlights in coverage, he is liable to get buzz as a dark horse candidate for MVP.

The Tampa Bay Bucs don’t have any rookies on their roster who are necessarily “likely” to win the award but Logan Hall is a pass rusher who may potentially have a breakout rookie campaign. While there are many players favored to win the award before any mention of Logan Hall, a solid rookie year is a reasonable expectation for the Houston product. Based on where he was drafted, the success the Bucs have had rushing the passer in recent years and the playing time he’s set to receive Logan Hall is lined up to have a productive debut season.

The biggest deterrent for Rachaad White’s ROY candidacy is his own teammate. Leonard Fournette is Tom Brady’s guy. The two have tremendous rapport and Brady trusts him explicitly. As a result, Rachaad White’s reps will not be given to him in abundance. Even so, the rookie runner flashed immense potential in the preseason and got the attention of enough coaches to appear to have jumped Ke’Shawn Vaughn and Giovani Bernard as the primary backup to Fournette. White will be picking up where Ronald Jones left off in 2021. The reps may be sparse compared to some of his rookie counterparts but it seems like there will be consistent opportunities for White, giving him a chance to show what he can do.

Most likely to win Comeback Player of the Year: Julio Jones

Julio Jones’ name is already on the tip of every sports commentator’s tongue. The Bucs have managed to nab a second consecutive Hall of Fame caliber player to line up as a backup to Mike Evans and Chris Godwin. Jones hasn’t played a complete season in quite some time and his name recognition carries the cache and clout to win an award like this. The Bucs have grown very accustomed to having many mouths to feed over the last few seasons and everybody has always been able to eat. If Jones can stay healthy, he will be fed.

One of the more underrated offseason acquisitions the Bucs made was the signing of Akiem Hicks. There’s no more Ndamukong Suh in the middle of the Tampa Bay Bucs defensive front and Hicks was brought in to be one of his main replacements. At thirty two years old, Hicks has missed a good amount of games over his last few seasons with the Chicago Bears. Be that as it may, the last season in which he was able to play every game he managed to finish with seven and a half sacks, a number Suh hasn’t reached since his time in Detroit. At his best, Hicks is a powerful, disruptive force on the interior of an already disruptive defensive line. Piecing together a full season of games may be a challenge for Hicks but talent and ability to impact the game are not.

Technically, this isn’t an official award but each year certain players emerge as breakout stars for their teams and become household names. The Bucs have no shortage of these candidates either, headlined by some young first time starters.

Most likely to become a household name: Joe Tryon-Shoyinka

The Bucs pass rush has been a staple of the team’s defense since Todd Bowles’ arrival as Defensive Coordinator in 2019. Bowles likes to blitz, blitz and then blitz some more. The Bucs have been a top ten defense in sacks every season since 2019 and technically are already in the top ten this year, albeit after just one game. It’s safe to expect a Todd Bowles led unit to churn out sacks and somebody has to be the one getting them. Joe Tryon-Shoyinka is a full time starter for the first time in his young career, he shows eye-catching athleticism on the field for a bigger man and will almost assuredly benefit heavily from a majority of the focus being on guys like Vita Vea and Shaq Barrett.

Robert Hainsey’s candidacy is a double edged sword. This season will likely unfold one of two ways for the newly minted starting center of the Tampa Bay Bucs. There is a door Hainsey could walk through where he fills in relatively seamlessly for Ryan Jensen. He goes virtually unnoticed and the only time that Bucs’ fans hear his name is once or twice a game when an announcer puts him in a yellow circle and says “This was a good block.” Door number two, Hainsey may struggle mightily. After all, Ryan Jensen is leaving rather large shoes to fill. As arguably the team’s best offensive linemen, definitively their nastiest, Jensen’s mark will be missed. Door number two leaves Bucs fans with the lasting impression of Tom Brady yelling at Hainsey in slow motion or glaring at him with that patented look of disdain after he has made a mental or physical error.

We will revisit our Tampa Bay Bucs superlatives for a mid-season edition during the Bucs bye week. In ‘Bucs Superlatives pt. 2’ we’ll check in on our candidates, see how they’re doing and potentially even update some of the polls. What Bucs do you think are most likely to get their hands on some awards at this year’s NFL Honors? Comment down below.