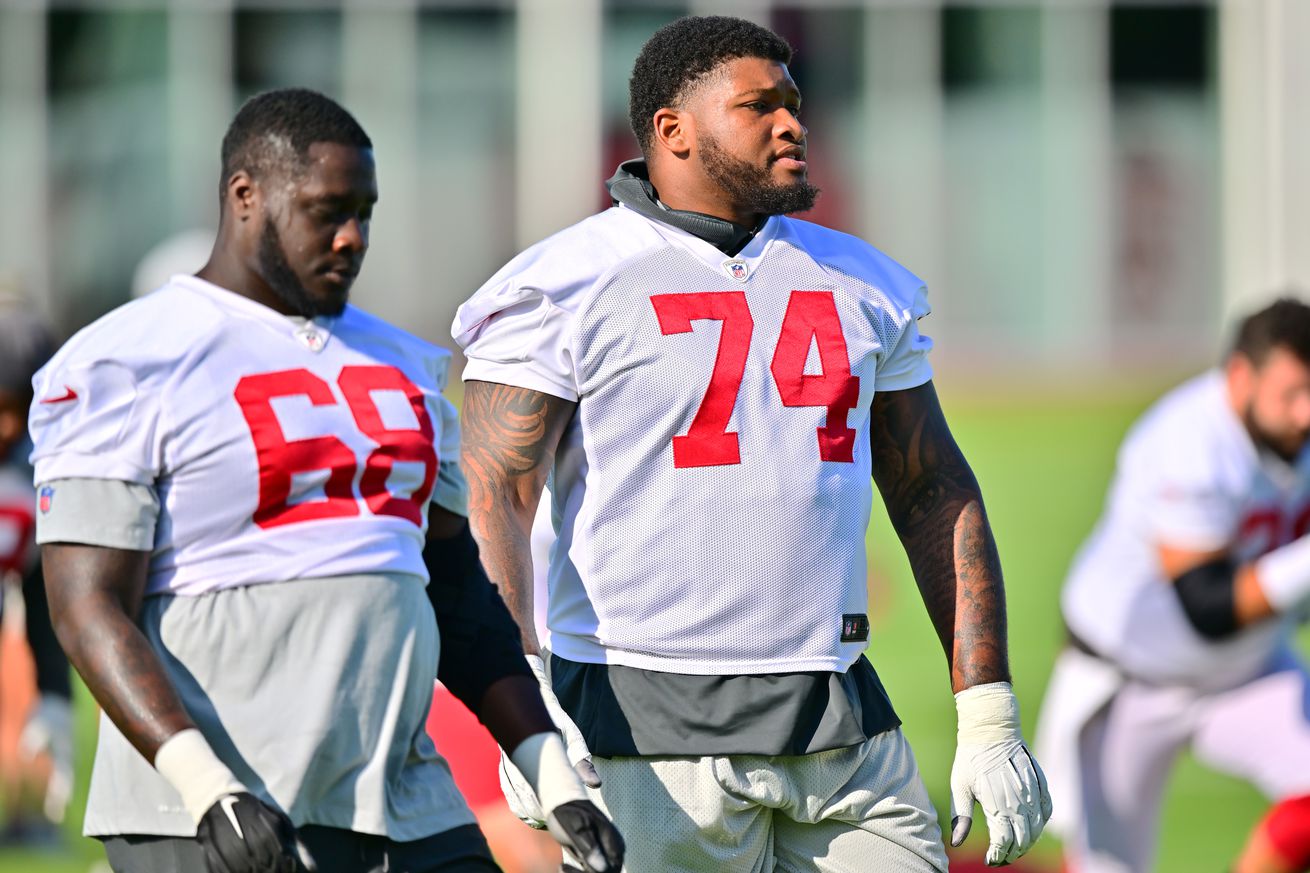 As summer competitions approach, which incumbent Bucs might be at risk of being cut?

With the Bucs’ first training camp practice set to commence in less than 3 weeks, fans can catch the faint whiffs of football through that muggy summer air.

This offseason has jerked everyone back and forth with surprise retirements, acquisitions and other decisions, but the Bucs still remain poised to contend with one of the top 10 rosters in the league (on paper at least). As we inch closer, the buzz of competition will immediately start ringing throughout every news outlet and social media feed, big and small.

To prepare for that inevitable event, let’s look at some roster battles where the incumbent veterans might need to show a little more than in years past to guarantee their spot on the 53-man.

On a lot of teams, the kicking competition wouldn’t typically generate significant interest. However, the Bucs have suffered some very notable miscues in this area over the better part of the last decade, and this particular battle might see the coaching staff take a risk.

Succop finally helped to bring some reliability on field goals and extra points for the team when he arrived in 2020, converting 28 of 31 FG attempts during the Super Bowl season. He was still solid in 2021 but slightly less so, making 25 of 30 attempts.

The primary issues with the 36-year-old are his leg strength and his cap number. Succop generally can’t be counted on from beyond 50 yards, as he’s attempted just 3 kicks from beyond that range and made just one (barely) in the last two years. That 40-49 range has been a little dicey as well, with a 14-for-19 mark.

Succop has a cap hit of $4 million, and they could save a good chunk of that number by cutting him. Those extra funds could be critical for signing proven veteran depth at some point if a significant injury or absence occurs.

Enter Jose Borregales, who is largely regarded as a legitimate threat to seize the starting position. Borregales stayed on the team’s practice squad all last year, and he kicked well last camp and he has proven range. During his final year at Miami, he hit a 57-yarder and converted more than 90% of his chances.

He would be notably cheaper to roster, and he’s much younger at only 24. His inexperience might bristle the coaching staff though, as veteran consistency on a contender is a valuable quality in and of itself.

After some incredible highlights and signs of legitimate progress during the Super Bowl season, Scotty Miller severely regressed in 2021. Injuries played a large role, but even when healthy enough to play, then-head coach Bruce Arians didn’t seem to trust him with any meaningful snaps.

In the final year of his rookie contract, Miller has to navigate a crowded receiver room, which contains multiple players who fill the same niche as him. Jaelon Darden has the benefit of being a sophomore player who’s earned strong reviews in mini camp, and Cyril Grayson Jr. stepped up at the end of last season to play some big snaps when injuries really nagged the main corps.

Breshad Perriman constitutes the other veteran option, and he’s had his flashes here and there. Tom Brady seems to like him as well, which never hurts a player’s case.

The Bucs also brought in some intriguing UFAs like Jerreth Stearns and Deven Thompkins, who Todd Bowles made a point to compliment individually at one point for his work in OTAs. Outside of Perriman, we’re talking about a bunch of sub 5-foot-10 guys, and we know that’s not Tampa’s ideal body type at the position.

Miller has some goodwill built up, but he’s far from invulnerable, so it’ll be critical for him to stay healthy and make the most of his snaps in the preseason. The best ability is availability, as they say, and that will be especially emphasized after the team’s injury woes persisted from the late regular season into the playoffs.

The Bucs rewarded Leonard Fournette for producing arguably the best season of his career, reupping him on a 3-year deal worth $21 million. He’ll enter the season as the undisputed No. 1, but the depth chart behind him will need to fill in.

Gio Bernard drummed up a good amount of hype when he joined the team last year, but he couldn’t really carve out a consistent role with Fournette grasping a lion’s share of the snaps. He also battled through some injuries, though he did manage to contribute value in the playoffs.

Ultimately, Bernard will need to show he’s still got the necessary juice if he wants to hold off rookie running back Rachaad White, who the team invested a 3rd round pick in a few months ago. With Ke’Shawn Vaughn – another former 3rd rounder – and Kenjon Barner also in the mix, it’ll be interesting to see who claims the final two spots (assuming the team keeps 4 backs on the roster).

Barner holds the added advantage of bringing special teams value, which Bernard does not, and Vaughn is more built for that reliever role as a sturdy, between-the-tackles type than Bernard. With the latter on the vet minimum, it might be an uphill battle for the 30-year-old.

The Bucs re-solidified their starting five offensive linemen after a brief period of uncertainty in March. Ali Marpet and Alex Cappa departed, but Ryan Jensen decided to finish his career in Tampa and the team brought in Shaq Mason to improve the right guard spot. They also drafted Luke Goedeke in the second round to compete with veteran Aaron Stinnie at left guard, so either option should at least be solid.

That said, depth will be a strong emphasis this summer. When Pro Bowler Tristan Wirfs went down with injury in the playoffs, Josh Wells was forced into action and got absolutely overwhelmed as the Los Angeles Rams produced an unacceptable amount of pressure in the Divisional Round. Out of the 20 pressures allowed, Wells allowed 6. He’s hardly been the picture of consistency his entire career, and at 31 years old, the team might be considering alternatives.

The biggest indicator of such is the signing of Fred Johnson in the offseason. He’s much younger at just 25 years old, and he produced strong results in limited snaps last season with Cincinnati (81 overall grade on Pro Football Focus). He’s a people mover in the run game, and he might even be able to play guard in a pinch.

While the extended track record isn’t there, Johnson has clear upside and will push Wells for that primary swing tackle spot. The team also has Brandon Walton and Jonathan Hubbard, either of whom could show unexpected promise in the preseason.

Which veteran do you think is under the most pressure to perform this summer, Bucs Nation? Let us know in the poll and comments below.