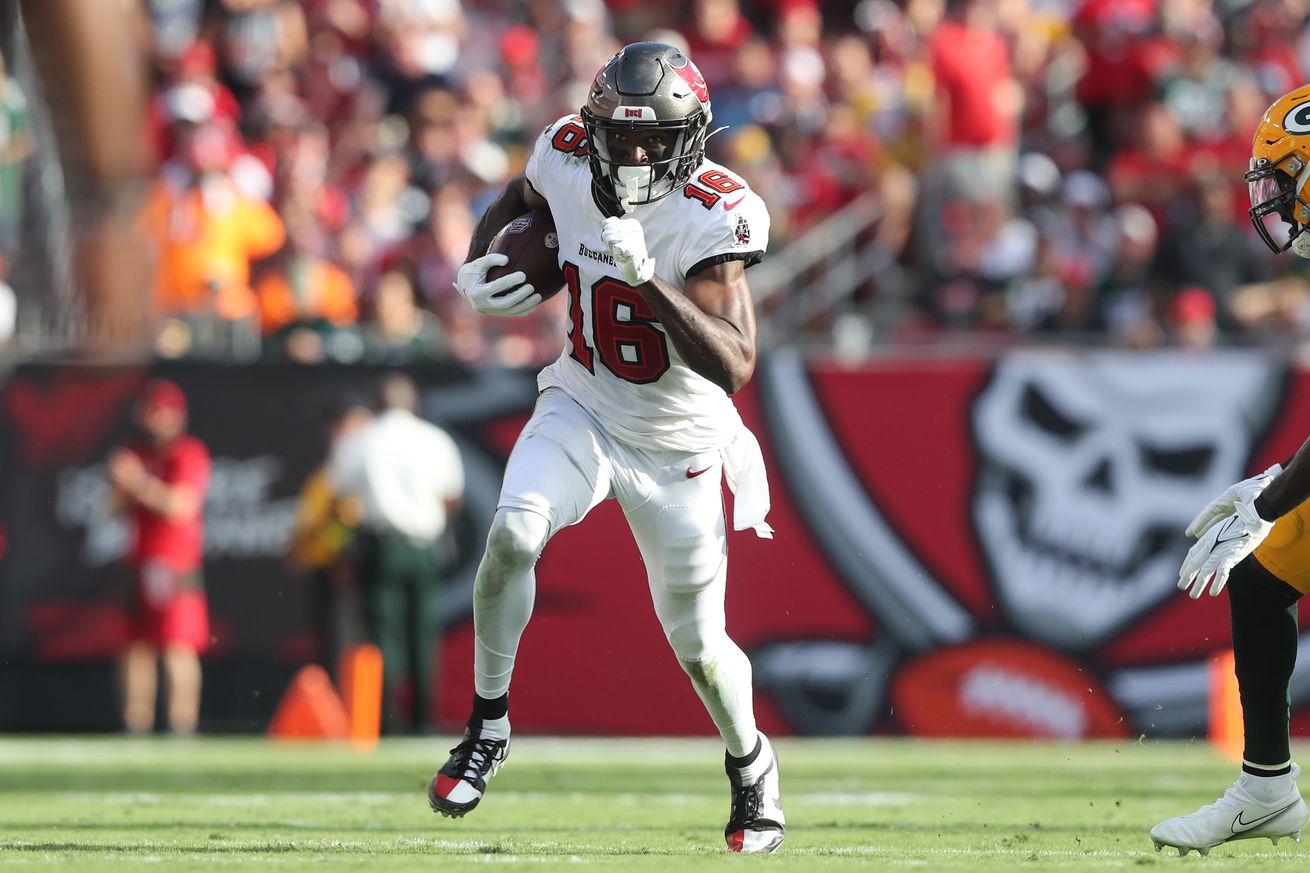 The Bucs are primed for prime time with the return of Chris Godwin and Julio Jones for the first time since Tampa Bay’s last prime time game this season. Godwin suffered a hamstring injury and Jones suffered a partial PCL tear in the win against the Cowboys and neither player has seen the field since.

With Godwin and Jones returning along with Mike Evans – off his one game suspension – and the emergence of free agent acquisition Russell Gage last week, the Bucs are finally looking to get their offense on track against the potent Kansas City Chiefs. The Bucs also promoted wide receiver Cole Beasley from the practice squad ahead of this game.

One of the wide receivers not joining the party this week is Breshad Perriman who is inactive with a knee/hamstring injury. Also not suiting up for the Bucs this week is defensive tackle Akiem Hicks who is dealing with a foot injury.

Here are the full lists of inactive players for the Bucs and Chiefs ahead of their Super Bowl LV rematch on Sunday night;

The Bucs and Chiefs will kick off in Raymond James Stadium at 8:20 p.m. ET on NBC and streaming on Peacock. Mike Tirico, Cris Collinsworth, and Melissa Stark will be on the call.