Buccaneers vs. Cowboys: Predictions and picks for the Wild Card Round 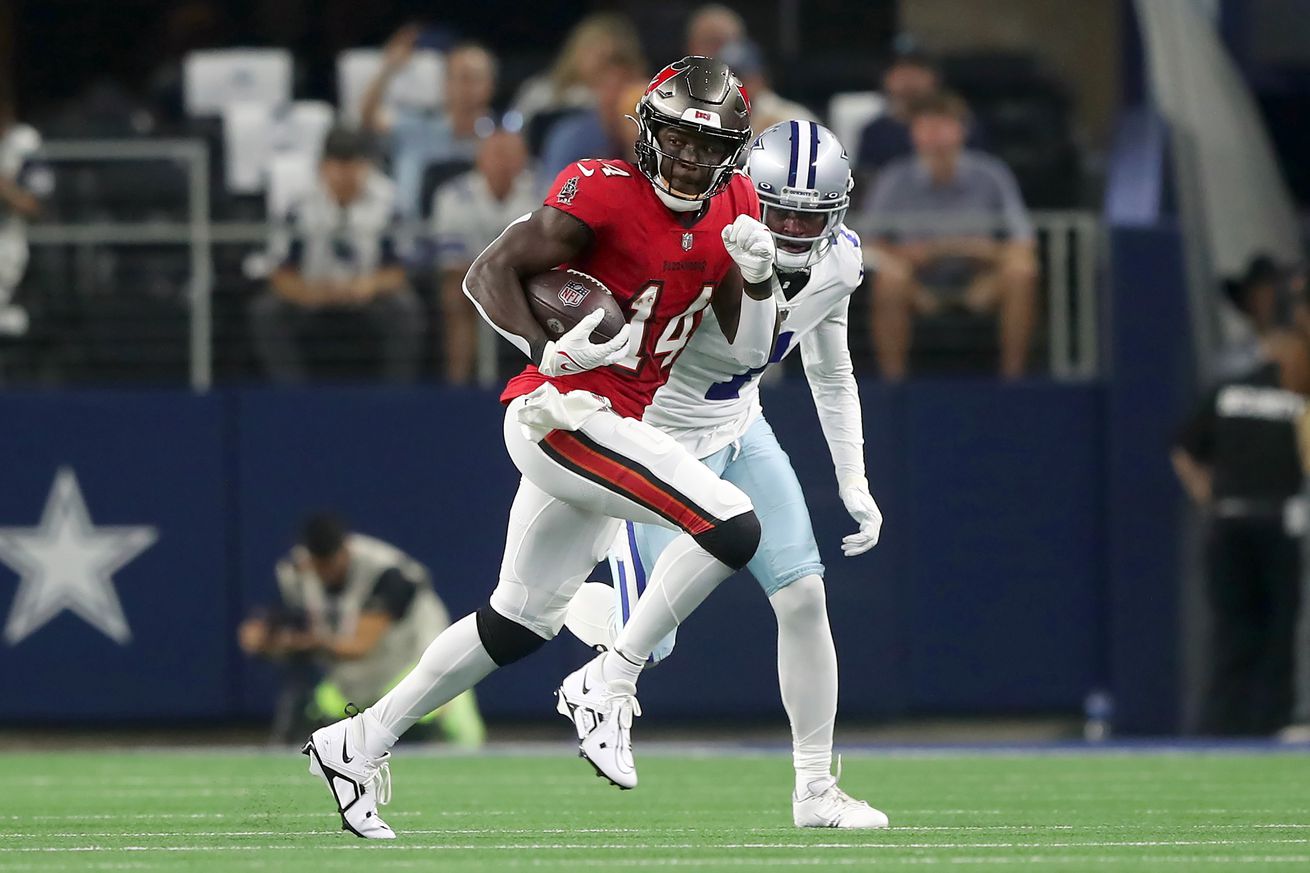 The Bucs are at home this week hosting the Dallas Cowboys for the Wild Card Round of the NFL Playoffs.

Tampa Bay is currently a 2.5-point underdog via DraftKings Sportsbook. Below are predictions and picks for the rest of the NFL Wild Card Round.

OK. The nickname doesn’t sound as good as Playoff Lenny, but it’ll do. This week, as the Bucs open the postseason, a familiar and very clutch defensive player re-emerges for the Bucs when cornerback Sean Murphy-Bunting opens the playoffs with a performance that mirrors his play from two postseasons ago. Murphy-Bunting played well as the regular season came to a close and will carry that into the playoffs with a forced fumble and interception off Cowboys quarterback Dak Prescott.

The Dallas Cowboys have a formidable defense except for one glaring issue – their secondary. If Micah Parsons and the pass rush doesn’t get home, the Bucs wide receivers will take advantage of the mismatches. You’d assume Trevon Diggs will be on Mike Evans most of the night, so why wouldn’t Brady hyper target the 100-catch man?

Chris Godwin will break the Bucs franchise record of receiving yards in a game – 119 yards twice by Mike Evans – by getting double-digit receptions for over 130 yards and a score as he imposes his will on Xavier Rhodes.

It’s been a generally rough year for Devin White as he looks to prove he’s worth the $100 million that the Baltimore Ravens just gave Roquan Smith. While one performance isn’t going to persuade Bucs leadership of that lofty figure, White can make a huge impact on his case by taking over the Wild Card game. The team would be wise to implement White’s aggressiveness for the pass rush in particular. I predict he gets to Dak Prescott twice and recovers a turnover as a critical part of Tampa’s victory.

The Cowboys are an undisciplined team, as talented as their roster is, the talent is not consistently maximized (sounds familiar). Dak Prescott managed to tie the league lead in interceptions over the course of just 12 games. Averaging more than a turnover a game, Dak Prescott will throw the ball to the Bucs. Tampa’s defense just has to make sure they catch the ball when it comes their way. Bucs hang in this game until bitter end with their defense cashing in on two Dak Prescott mistakes, leaving Tom Brady with a chance at glory.