Buccaneers vs. Panthers: Predictions and staff picks for Week 17 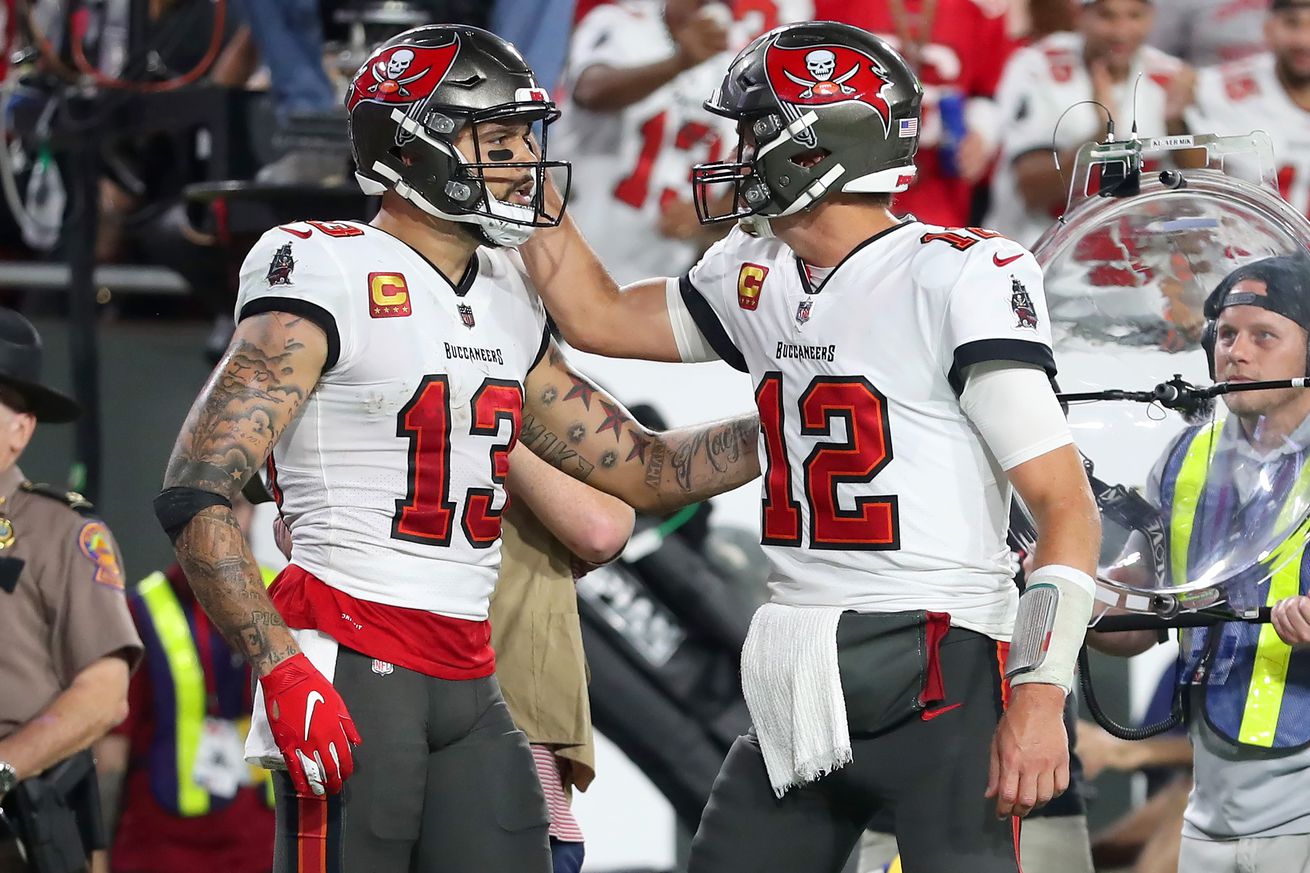 The Bucs are 7-8 heading into Week 17 following a win in Arizona last week. Tampa Bay is at home this week to play host to the Carolina Panthers on Sunday.

Tampa Bay is currently a 3.5-point favorite via DraftKings Sportsbook. Below are predictions and staff picks for the rest of the NFL’s Week 17.

The Bucs may be without both starting tackles and even if Smith plays, he won’t be 100-percent. With that said, the once again shuffled offensive line will see its fair share of struggles and Tom Brady will be the victim of it. Tampa Bay will give up four sacks on the afternoon and be unable to open up any holes for the run game, resulting in well under 100 rushing yards total.

Things haven’t been great this season for Mike Evans and the last time these two teams met, Evans had probably the worst drop of his career. This time around, things are different and Evans finally returns to Tom Brady’s go-to guy. Evans needs 83 yards to extend his NFL record of consecutive 1,000 yard seasons to begin a career and he hits that mark before the third quarter even expires. Over 100 yards and his first touchdown since week four for Mike Evans in this one.

You know what happened the last two times the Bucs played run-dominant teams? They got splattered by the San Francisco 49ers, and they also got slowly ground into beef chuck against the Cleveland Browns — both losses. They even got roughed up by James Conner last week in a near loss. D’onta Foreman has led the league in rushing since Week 12 with almost 800 yards, and the Bucs might still be without stalwart nose tackle Vita Vea. I don’t see a “happy” ending with a clinched division crown. Instead, I foresee another dreadful slog where the Bucs take far too long to realize what effectively works on offense while Carolina rumbles to over 200 yards on the ground. It’ll then set up an even sadder Week 18 where the Bucs will need to out-fight the Atlanta Falcons and hope that the New Orleans Saints can beat Carolina.

Will Walsh: It’s now or never

Sunday’s battle will be waged between a team that has been playing up to and past its potential and another that has been playing down far beneath the level it could. Tampa has looked unmotivated and disinterested for the better half of this season and now they are competing for a playoff spot with a team that fired their head coach mid-year. The end of the divisional race is in sight and the Bucs control their fate. Coaches may be coaching for their futures and players playing for theirs alike— Tom Brady eliminates the mistakes that he has been absorbed in as of late with a clean game, while Mike Evans and Chris Godwin play like men amongst boys. No turnovers, 210 yards receiving for the duo.

The one constant for the Bucs in the 2022 season has been the tremendous amount of adversity the team has faced week after week. Ryan Jensen’s injury on day two of training camp, was a sign of things to come, as the Bucs have dealt with issue after issue this year. Somehow, they have managed to stay atop the NFC South this entire season. On Sunday, the Bucs will clinch the division title, as the defense plays its best game of the year. They will force three turnovers and give the offense a few short fields to work with, in a 18-10 victory over the Panthers.