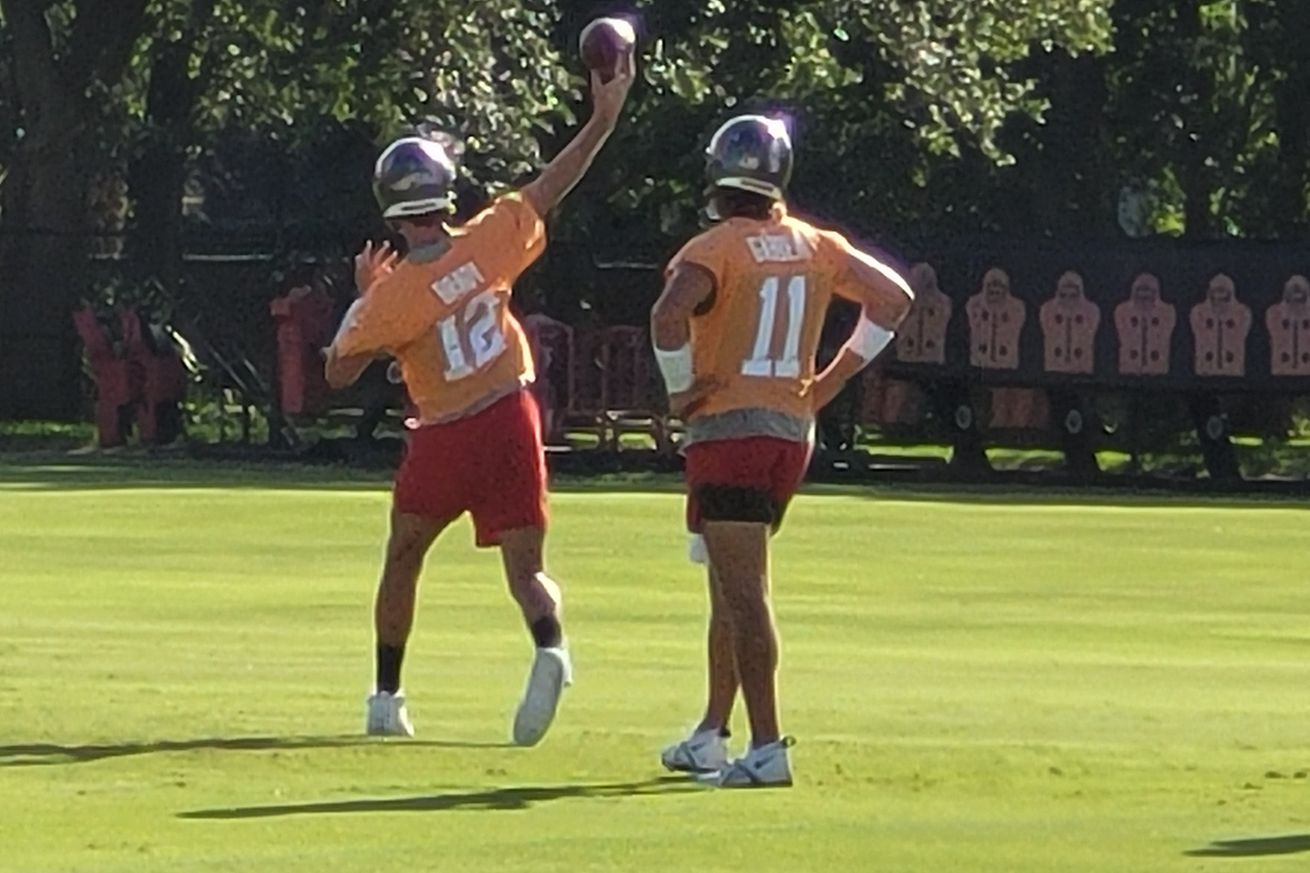 The Tampa Bay Bucs wrapped up another week of training camp and once again there were no shortage of storylines for Trey Downey and Len Martez to get to on a new edition of Downey and Martez.

The show began once again with a conversation about quarterback Tom Brady. The guys discussed the news that “That Dude” will be away from the team until after the second preseason game against the Tennessee Titans. Trey and Len broke down how the absence impacts the Bucs moving forward.

The discussion stayed on quarterbacks, but this time the guys were talking Kyle Trask. Trey asked Len for his first hand take on how the second year quarterback has looked in practice after all of the negativity that has been on social media. There was then a rare moment of agreement between Trey and Len in terms of the amount of playing time Trask should get in the preseason.

Finally, the guys discussed if there were any surprises on the Bucs initial depth chart and provided a few names of players they’ll have their eyes on Saturday night at Raymond James Stadium.