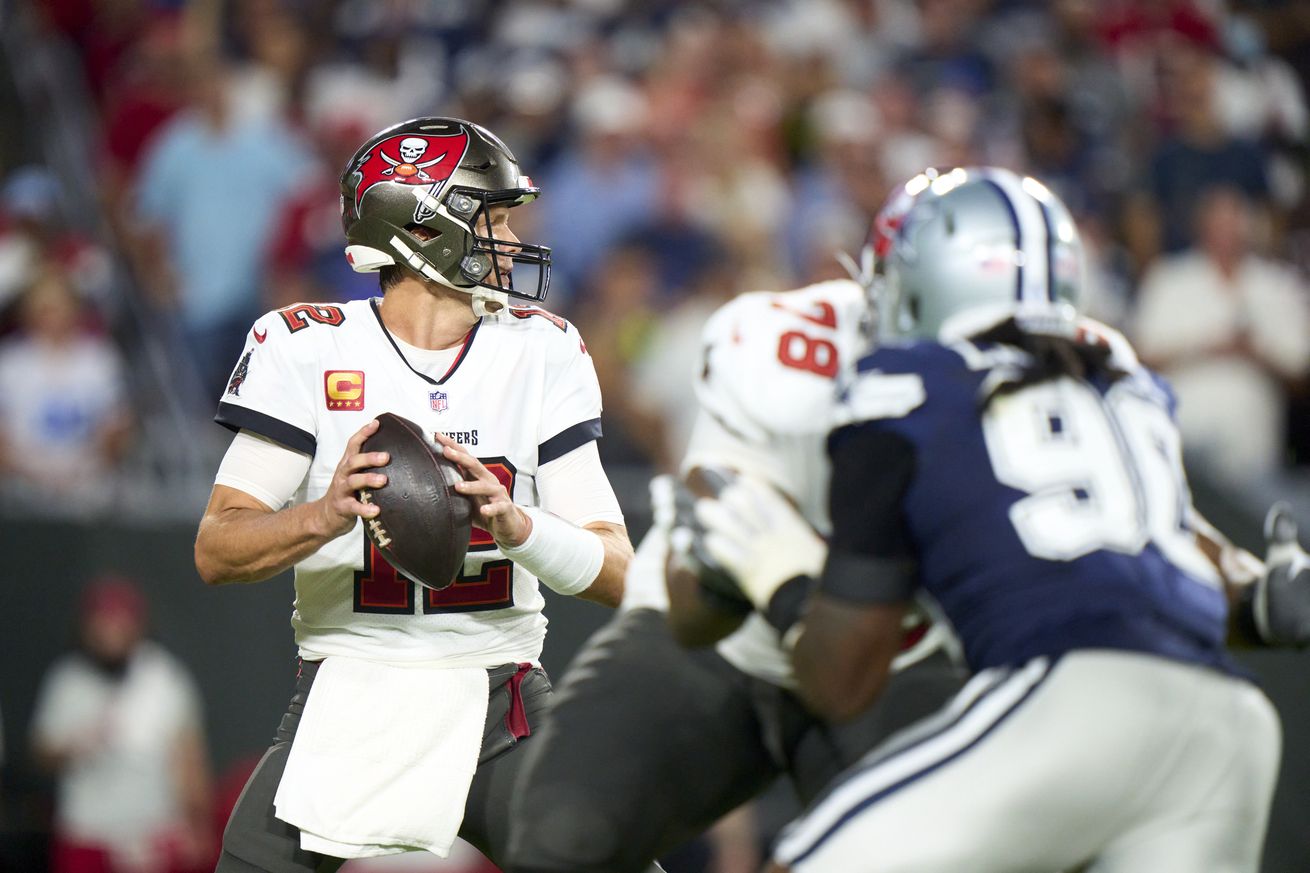 Trey Downey & Len Martez discuss the Bucs getting ready for week one in Dallas.

The regular season is here and it is time to preview games that matter on a new edition of Downey and Martez. Before getting into the Sunday Night Football game against Dallas, Trey Downey and Len Martez tackle some of the news items of the week.

First off Len expresses why all of the smoke around a Rob Gronkowski return isn’t news until he gives some kind of indication that he wants to play. The guys then discuss Bucs wide receiver Chris Godwin being a full participant in practice on Wednesday and Trey asks Len for a gut feeling on whether Godwin will suit up against the Cowboys. Trey then tries to get some credit on running back Rachaad White moving up to the 2nd slot on the depth chart, but Len’s response is to wait until Sunday night.

The conversations then zeroes in on Sunday night. Len tells us why he thinks running back Leonard Fournette could see quite a few touches and Trey looks into why he thinks Dallas getting exotic with blitz packages could be their key to victory.

Finally the guys revisit their playoff predictions from last week and explain who they think will be playing for the Lombardi Trophy in February. While the guys agree on the team coming out of the AFC, there’s a difference of opinion on the NFC.