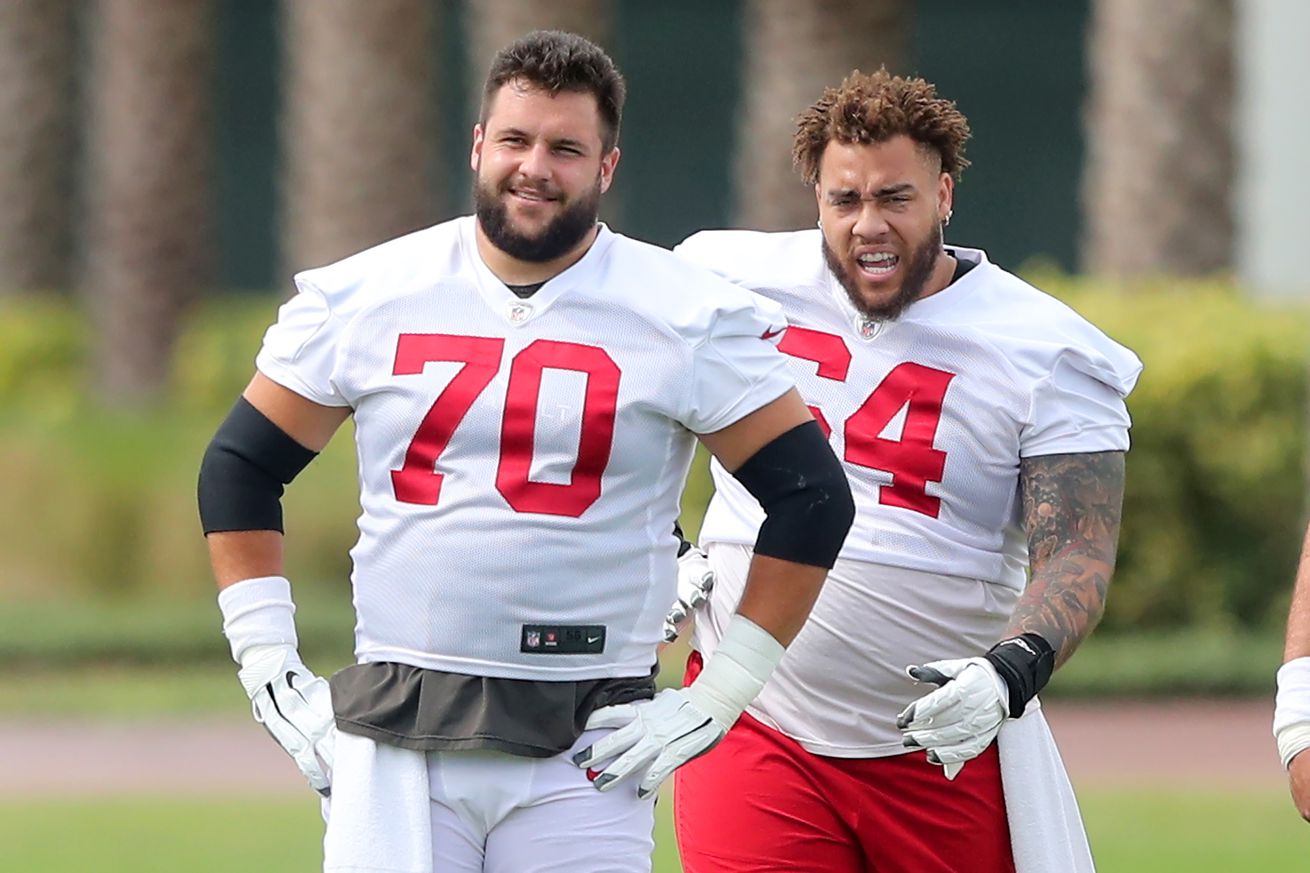 Trey Downey & Len Martez examine the Bucs battles along their offensive line & the potential of bringing back two important veterans.

Another week is in the books which means it is time for another edition of Downey and Martez. On this week’s show Trey and Len discuss the Bucs offensive line and why some fans think that Shaq Mason might not start in 2022.

After that the guys move on to two positions that are still up in the air for the Bucs, tight end and defensive tackle. Trey and Len debated who is more likely to come back between Rob Gronkowski and Ndamukong Suh and which of these two players would be a bigger hit to the Bucs championship chances if he didn’t return.

Finally the guys discussed the two quarterbacks that could still be on the move, Baker Mayfield and Jimmy Garoppolo. Will either be traded before the season? Trey and Len attempted to answer that question.

Jun 25, 2022 admin
Buccaneers Video Bucs News From Around the Web