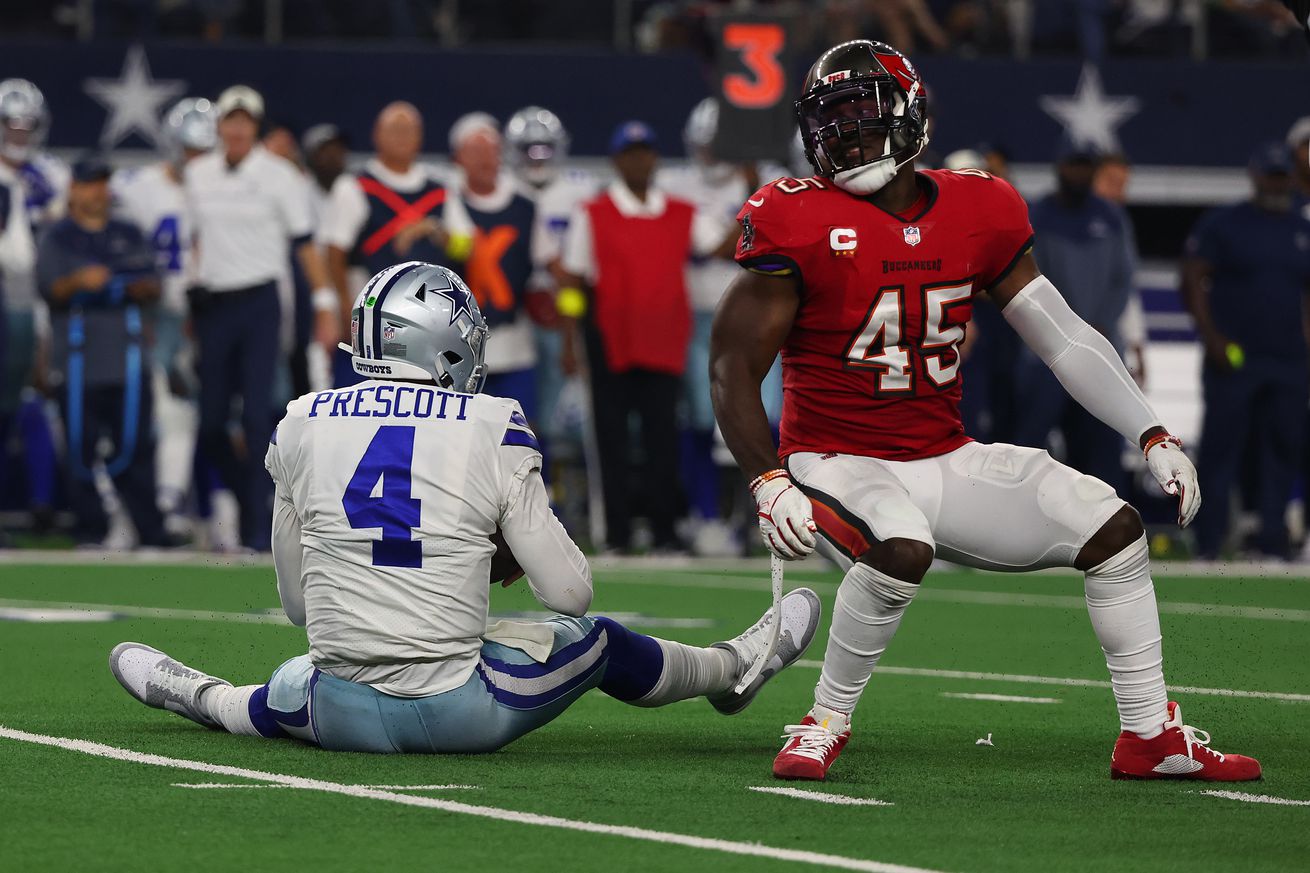 Super wildcard weekend is here and Trey Downey and Len Martez are back to break it all down on a new edition of Downey and Martez. The guys start the podcast by discussing the Tampa Bay Bucs being scheduled for Monday Night Football and if they are surprised by that.

The guys then move on to break down the game. Trey rewound to Tampa Bay’s week one win over the Dallas Cowboys and asks Len if Bucs fans need to hope for a similar game if they are to pull off the upset. The guys then discuss whether Dallas’ performance against the Washington Commanders makes them more confident about the Bucs chances.

The fellas then move on to the keys of the game. On offense, Len focuses on the running game while Trey says they need explosive plays through the play action passing game. On the defensive side, Trey zeroes in on forcing turnovers while Len says it is all about a certain acronym, PDA.

Before moving on to the rest of the weekend Trey and Len discuss the possibility of center Ryan Jensen playing and debate which team is under more pressure. Lastly on the podcast, the guys look at the rest of the NFL games during wildcard round and tell you which games they think will be the most competitive.