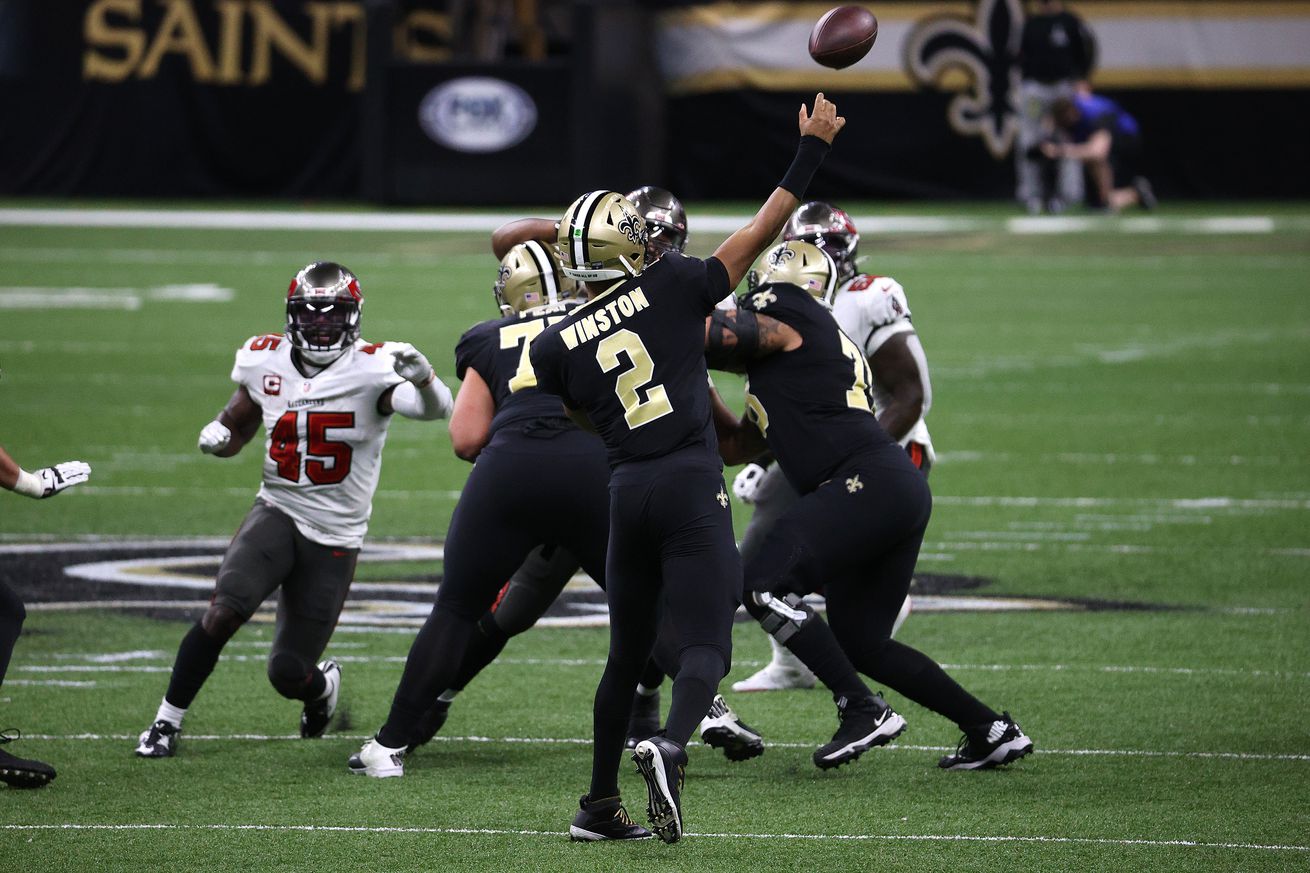 Trey Downey & Len Martez preview the New Orleans Saints & what will be different for the team that finished second in the NFC South last year.

The final edition of our NFC South team previews is on tap on this week’s edition of Downey and Martez. Before Trey and Len got into the New Orleans Saints, the guys had some Tampa Bay Bucs news to discuss. Trey and Len kicked the tires on the report by Jeremy Fowler of ESPN that former Minnesota Vikings and New York Giants tight end Kyle Rudolph is drawing interest from the Bucs.

The guys then moved on to the Saints. The first topic was how this team might look different in the post Sean Payton era with Dennis Allen as their new head coach.

After discussing the additions of safety Tyrann Matthieu, wide receivers Jarvis Landry and rookie Chris Olave, Trey and Len then discussed what to expect from former Bucs quarterback Jameis Winston without Payton. Let’s just say that there was a disagreement in terms of what to expect from Winston, who saw his season end last year when he suffered a knee injury against his former team in week seven. The guys also debated whether the Saints are a playoff team and Len made a bold claim about their defense.