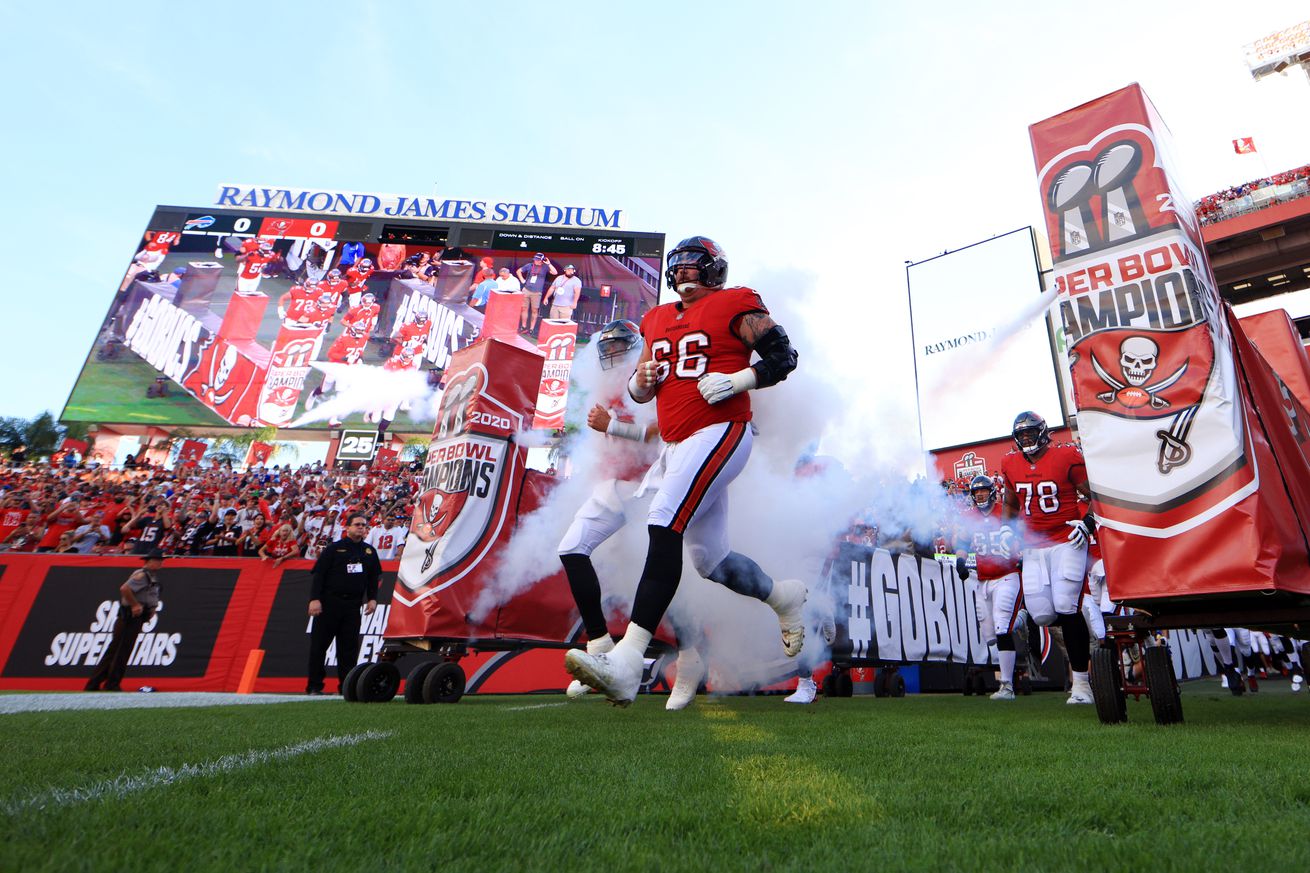 Tom Brady won’t have to worry about working with a new center in 2022.

After the groundbreaking news that Tom Brady would be returning to the Bucs for the 2022 season, another domino fell for Tampa Bay’s offense late Sunday night.

Pro Bowl center Ryan Jensen will also be returning to the Bucs this fall after signing a three-year deal with the team, his agent tweeted:

And the free agent dominos start to fall:

Confirming center Ryan Jensen is re-signing with the Bucs.

The Athletic’s Greg Auman then reported that the Bucs are using two voidable years on Jensen’s deal to lower his cap hit in 2022:

Bucs are using two voidable years on Ryan Jensen’s three-year deal to lower his cap number for 2022. Given their tight cap space, makes sense they’ll do this on any longterm deals signed to allow for more re-signing.

This is a huge move for the Bucs, especially with Brady’s return. Keeping the soon-to-be 45-year-old quarterback upright will continue to be priority No. 1, and with Ali Marpet’s retirement, keeping the heart the offensive line in place is a wise decision. Jensen, who will be 31 years old when the season begins, is one of the game’s best centers and will anchor the interior of Tampa Bay’s front.

With guard Aaron Stinnie also re-signing on a one-year deal, the Bucs may have four of the five starting spots on their offensive line filled out. The question now is whether or not Alex Cappa will be back or if Jason Licht and his staff will aim to replace him in free agency or through the draft.

After the news hit Twitter, Jensen confirmed it as one would expect him to:

Excited to have Jensen back, Bucs Nation?