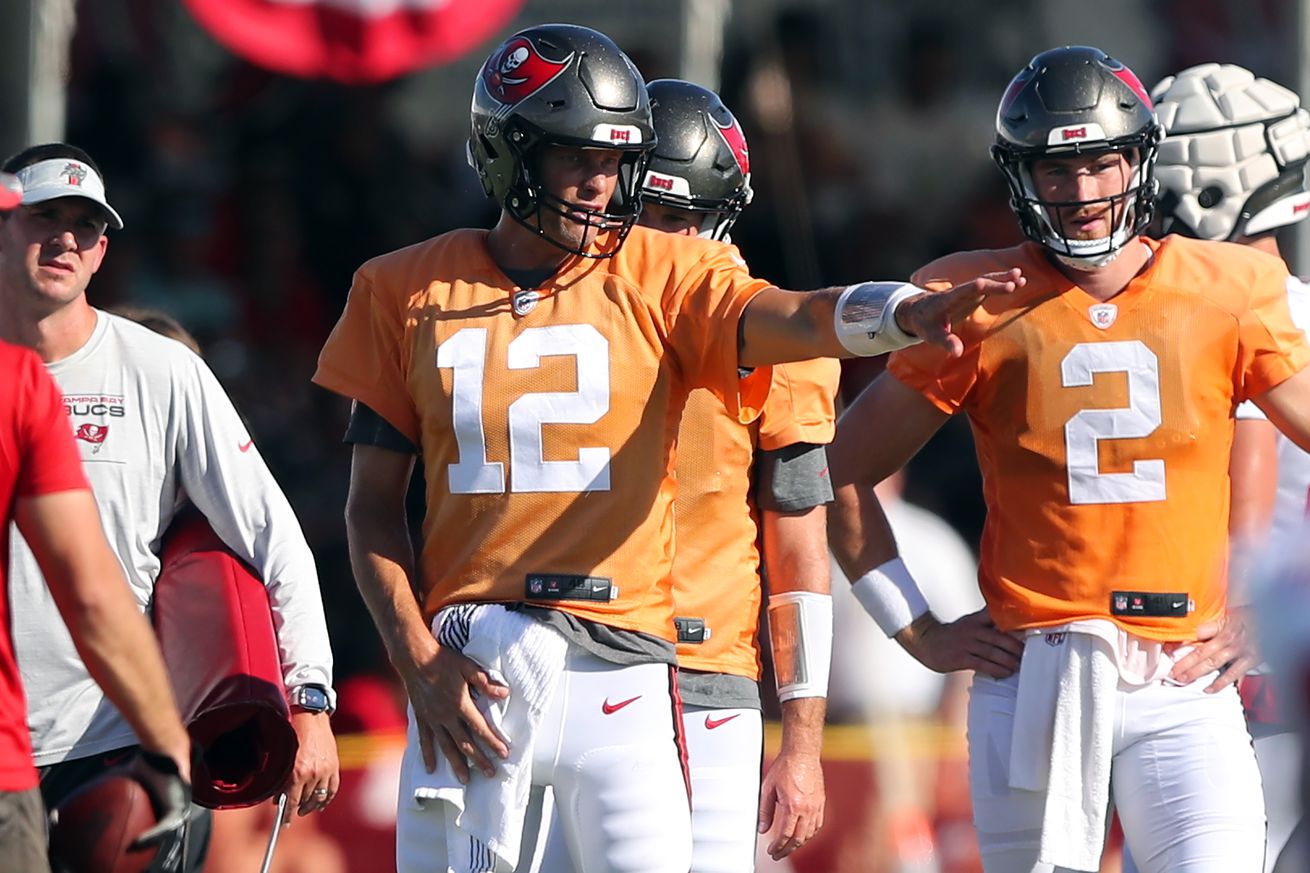 The Bucs continue to prepare for the 2022 season

The sun was out and in full effect on Monday morning as Tampa Bay prepared for another practice in the Florida heat. It was a notable day as today was the first time the Bucs were going to have full pads on in this training camp. No vet days off today for Mr. Brady and company as they looked to get to work and build chemistry with an offense that has a lot of new pieces that they are trying to fit in.

The receivers were a big topic of discussion today as many of the players battling for those final spots in the receiver room showed out. Both Scotty Miller and Tyler Johnson had nice days, Miller showed off his explosiveness with a big play down the field on a pass from Tom Brady while Tyler Johnson made multiple nice plays over the middle of the field.

Another receiver with something to prove is Jaelon Darden and he also flashed today in the early drills, making a nice snag on a pass from Kyle Trask. Darden was also steady with fielding his punts and the Bucs are hoping he can become their answer at that position.

Nice catch by Jaelon Darden. Critical camp for him pic.twitter.com/WS7arm7Ivz

While the receivers were doing well, the defense provided a ton of energy as well and did not make things easy on the offense. As he often does, Rakeem Nunez-Roches was very loud when making plays today as the defensive line stuffed the running backs in early drills.

When it came time to scrimmage and do more team drills, both sides of the ball were making plays. Brady threw a deep ball to Mike Evans which really got the crowd into it, then the very next play Brady was picked off by rookie safety Nolan Turner, who is fighting for a roster spot this camp.

Another player in the secondary who shined was Ross Cockrell. He was able to secure an interception from Blaine Gabbert after it went off of rookie receiver Deven Thompkins’ hands and then a few plays later had a forced fumble when he ripped the ball away from Russell Gage after making a catch.

A lot of eyes were on second year kicker Jose Borregales and he had a nice day. From what I counted, Borregales was 7 for 7 on field goals although there was one that wasn’t exactly clear whether it was good or not. Borregales missed a hurry up kick off the upright later but then made up for it by making his second attempt at it. The competition between the young kicker and Ryan Succop is fully underway.

It was a pretty even day for both the offense and defense as the Bucs look to get ready for the regular season on September 11th. While that is still a little ways away, Tampa Bay is making strides towards that goal.