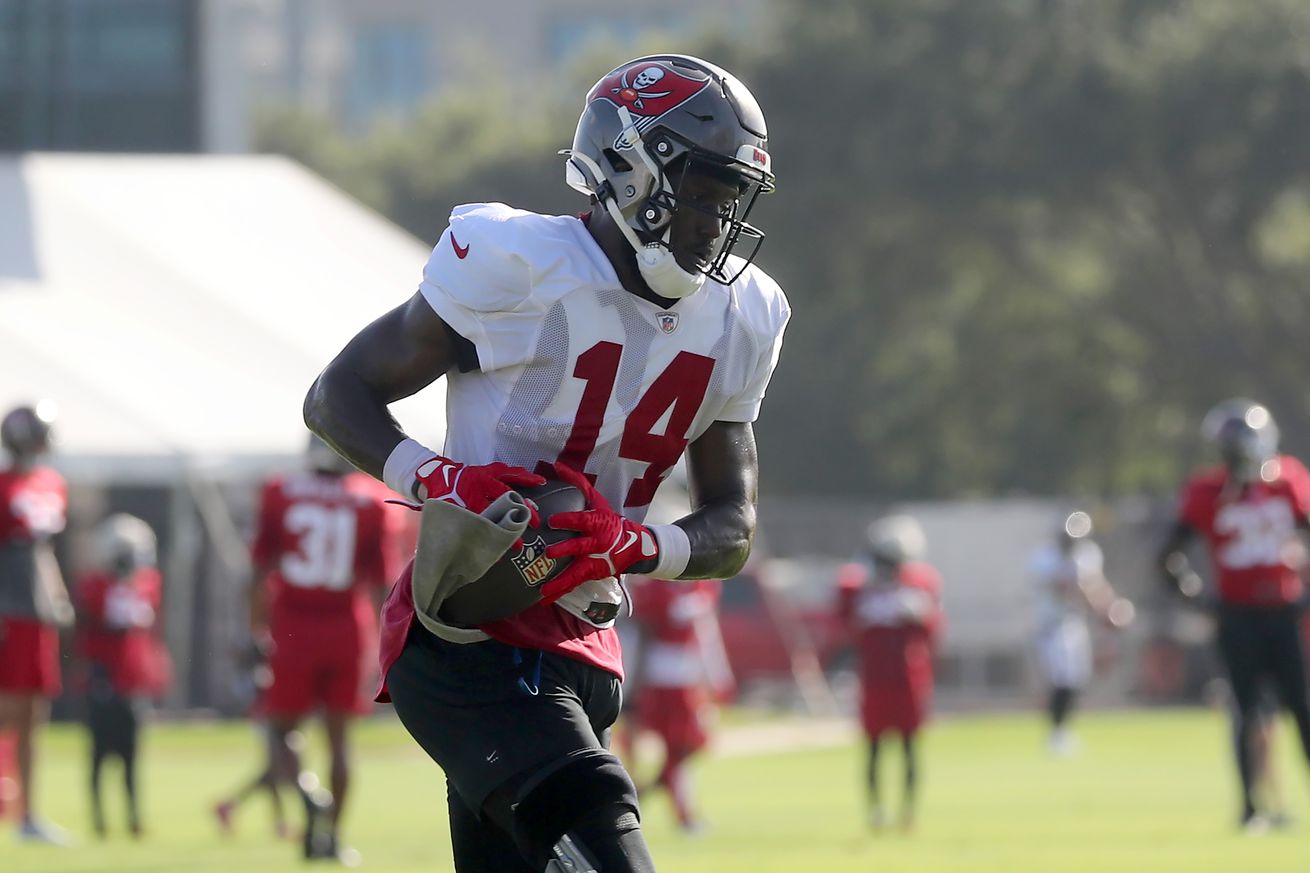 Just under nine months removed from tearing his ACL, Chris Godwin is on track for an early return

There’s been tons of speculation as to when Bucs’ wide receiver Chris Godwin would return having torn his ACL in December of 2021. In an age of the NFL where a torn ACL doesn’t mean what it used to, it’s still better to view it as a twelve month injury. Many players can return before that year is up, but they aren’t always truly 100%. In Godwin’s case, he appears to be inching closer and closer to that plateau.

While he has participated in individual drills over the last three practices but abstained from team drills, Godwin looks more and more comfortable on that surgically repaired knee while sporting a full brace to protect it.

During individual drills on Tuesday, Godwin showed no signs of trepidation, cutting hard and putting full weight on that knee. Again, he isn’t participating in the team drills or one-on-ones, but things look to be on track for him to join those sooner than later.

Now, all this doesn’t mean Godwin will be ready to suit up in week one. In fact, Todd Bowles told the media after practice that there’s no rush and no pressure to get Godwin on the field against the Cowboys. That’s especially true with as good as Julio Jones has looked during the early goings.

As for when we might see Godwin going up against defenders? Bowles told the media, “The trainers and the strength coach will let us know when that determines. It all depends on how he feels after practice and after lifting and everything. If he keeps feeling good, it will progress to that. I can’t give you an exact date, but we’ll know when they say something.”

On the flip side, Mike Evans didn’t participate in practice again on Tuesday but was doing some side work to test out the hamstring ahead of practice. Evans running on the side is a good sign that he’s close to a return and when speaking to David Harrison after practice, he said he felt good and would be back soon.

While there’s some health issues surrounding the wide receiving corps, things are looking to be on a good track for the upcoming weeks. Aside from Godwin – and a brutal battle for the final few roster spots going to wide receiver – the Bucs appear to have the depth in that room that many thought they had last season.