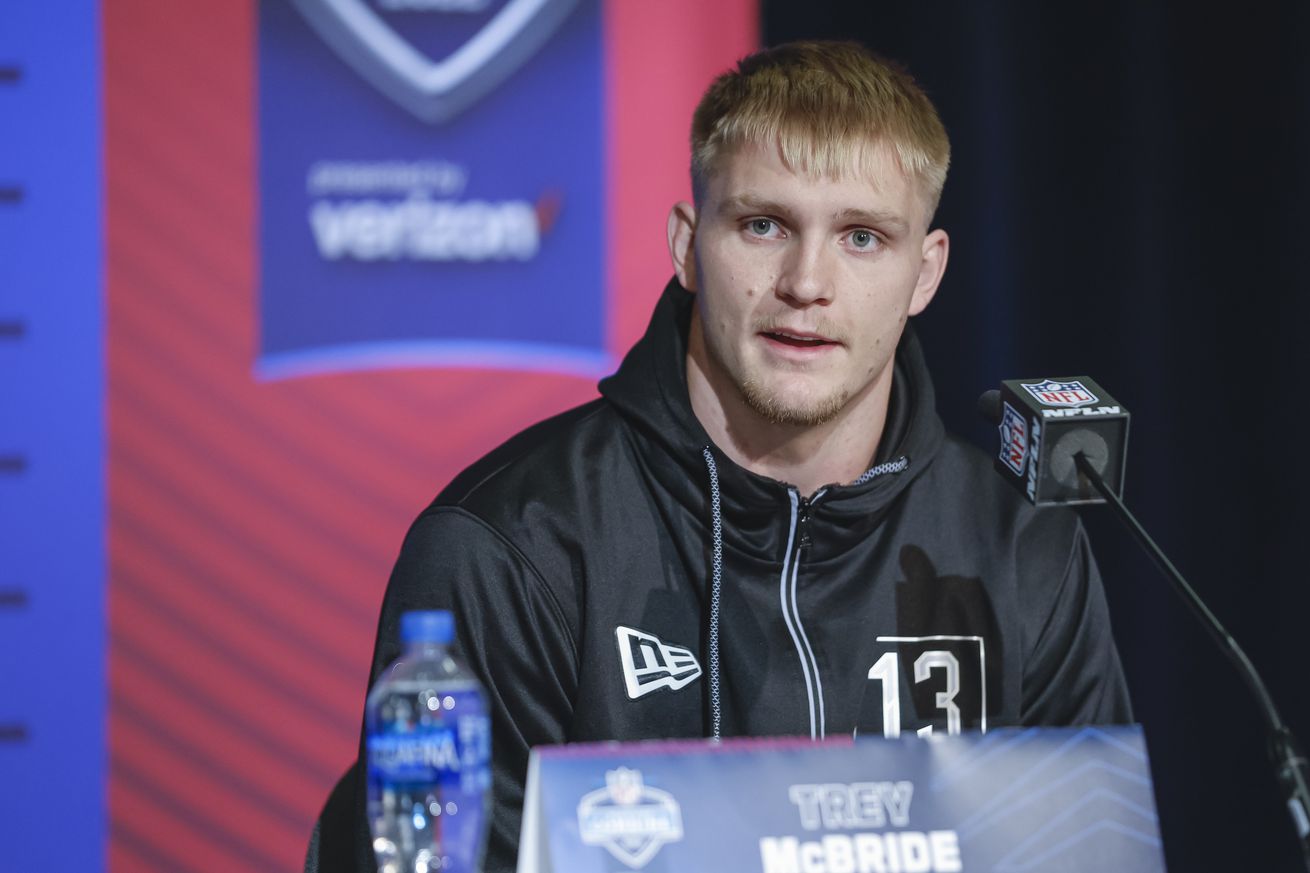 The Bucs may be in the market for a new TE and it could very well come from an early pick in the draft. When I had asked if he had met with the Bucs at the combine Trey McBride had this to say.

“You know I haven’t gotten around to talking to them today, I do have a formal interview with them today, looking forward to meeting with them, the GM, and the head coach, very excited for that.”

With Rob Gronkowski and O.J. Howard both having expiring contracts this season, the team could be in the market for getting a new long-term option at the tight end position and McBride would certainly be a good option to consider. Playing all four years of college football at Colorado State, the 6’4” 260-pound TE is a prospect that can both block effectively and be a very capable receiver for any team that drafts him. During his college career, he totaled 164 receptions, 2100 receiving yards, and 10 receiving TD’s.

While some people may not consider those numbers good, it is important to remember that Colorado State was a run-first style of offense that was not able to showcase McBride’s receiving ability as much. McBride’s final season could be considered a breakout year, however, as he finished with 90 receptions, 1121 receiving yards, but only one receiving TD.

Regardless of the college numbers, however, McBride figures to be the top TE option in the upcoming NFL Draft and very well may be considered as a first-round draft pick by the Bucs as they may find themselves with a deep need at the position soon.