Davy Jones’ Locker: Buccaneers at Cowboys Q&A with Blogging The Boys for Week 1 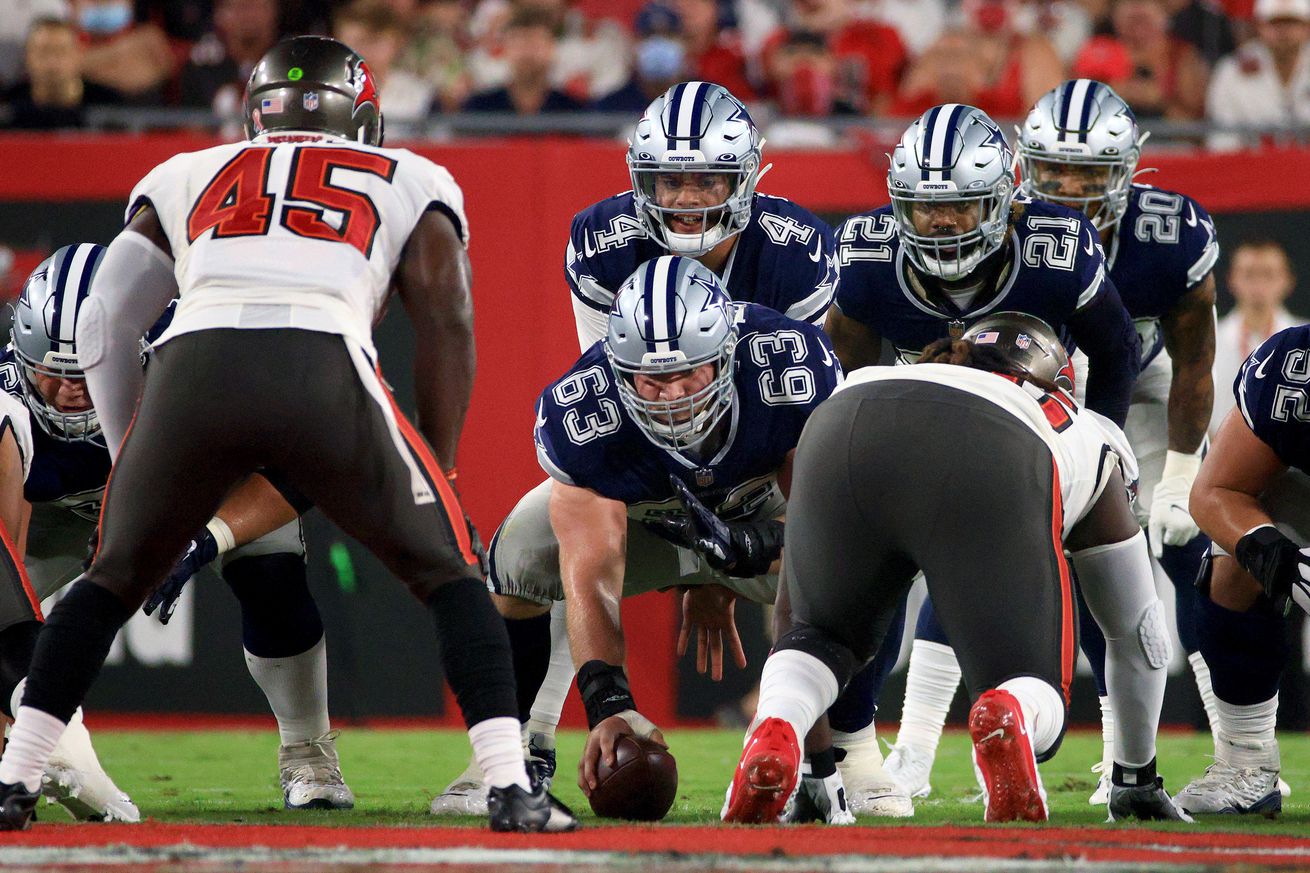 The Dallas Cowboys play host to your Tampa Bay Bucs Sunday night inside Jerry’s World. Both the Bucs and the Cowboys have concerns across their offensive lines but for Dallas, their wide receivers are also coming in with some question marks.

We fired off some questions regarding the state of Dallas’ team for David Halprin of Blogging The Boys to see if he can shed some light on what’s going on with the Cowboys heading into Week 1.

Bucs Nation: How is the overall health of the Cowboys banged up wide receivers group heading into the regular season?

David Halprin: Michael Gallup recently returned to limited practicing, but almost no one is expecting him to play on Sunday night even though the team is keeping that possibility open. He is probably a week or two from hitting the field as he recovers from his ACL tear. James Wahsington is for sure out as he is on IR and has to wait at least a month to return. So that leaves CeeDee Lamb and some question marks. Noah Brown is a veteran who has been with the Cowboys for a while, but has never really broken into the receiver rotation. Jalen Tolbet is a third-round draft pick who the team has high hopes for. There are some other guys who have shown well in practice and preseason, but it’s a depleted unit right now.

BN: Dallas’ offensive line is also struggling in their own way. What is there to say about the options being plugged in to keep Dak Prescott from hitting the turf several times on Sunday ?

DH: This is the real problem spot that has every Cowboys fan concerned. First-round pick Tyler Smith was supposed to play this season at left guard, but when left tackle Tyron Smith was lost for months to injury, he became the prime candidate to start over there. At least he played the position in college. With Smith moving to left tackle, backup Connor McGovern will have to start at left guard. In a week or two, it’s expected that newly-signed Jason Peters will take over at left tackle kicking Smith back inside, but not for this game. Dallas is also using Terence Steele as a right tackle, replacing La’el Collins who was released this offseason. But hey, there’s still Zack Martin!

BN: What does Dallas plan to do (or should do) offensively with their play-calling to help Prescott if the offensive line struggles?

DH: They are going to have to move him around in the pocket and allow him to run the ball when needed. Prescott is fully recovered from the brutal ankle injury of two seasons ago and has been healthy all preseason. He also looks to be a bit slimmer so he is ready to use his legs when needed. They will also have to go to the short-to-intermediate passing game instead of the vertical game downfield. Lastly, they can utilize explosive weapons like Tony Pollard and KaVontae Turpin who can take short passes or handoffs and make big plays out of them.

BN: How will the Cowboys look to capitalize against the Bucs offensive line that has some uncertainties of their own? How should they attack Tampa Bay’s offense?

DH: The Cowboys defense appears to be their strength, and they have a ton of options along the defensive line. Besides DeMarcus Lawrence, they will surely utilize linebacker Micah Parsons in a bigger pass-rushing role than you guys saw at the start of last season. He was just a rookie playing his first game then, now he’s established and the Cowboys learned how to get him in advantageous situations in the pass rush. The Cowboys have also improved their defensive tackle rotation to help create pressure up the middle, that could push Brady off his spot in the pocket and cause problems for the passing offense.

BN: How do you see this game ultimately playing out?

DH: I don’t think it will be too dissimilar from last year in that it will be a close game. Both teams are going to have some issues along the offensive line, so it might not be a high scoring game as both offenses look to create some consistency. In the end, it will probably come down to which defense makes enough big plays to turn the tide in one team’s favor. The Cowboys are at home, so I’ll go with a homer pick of 21-20.

According to DraftKings, Tampa Bay is currently favored by 2.5.