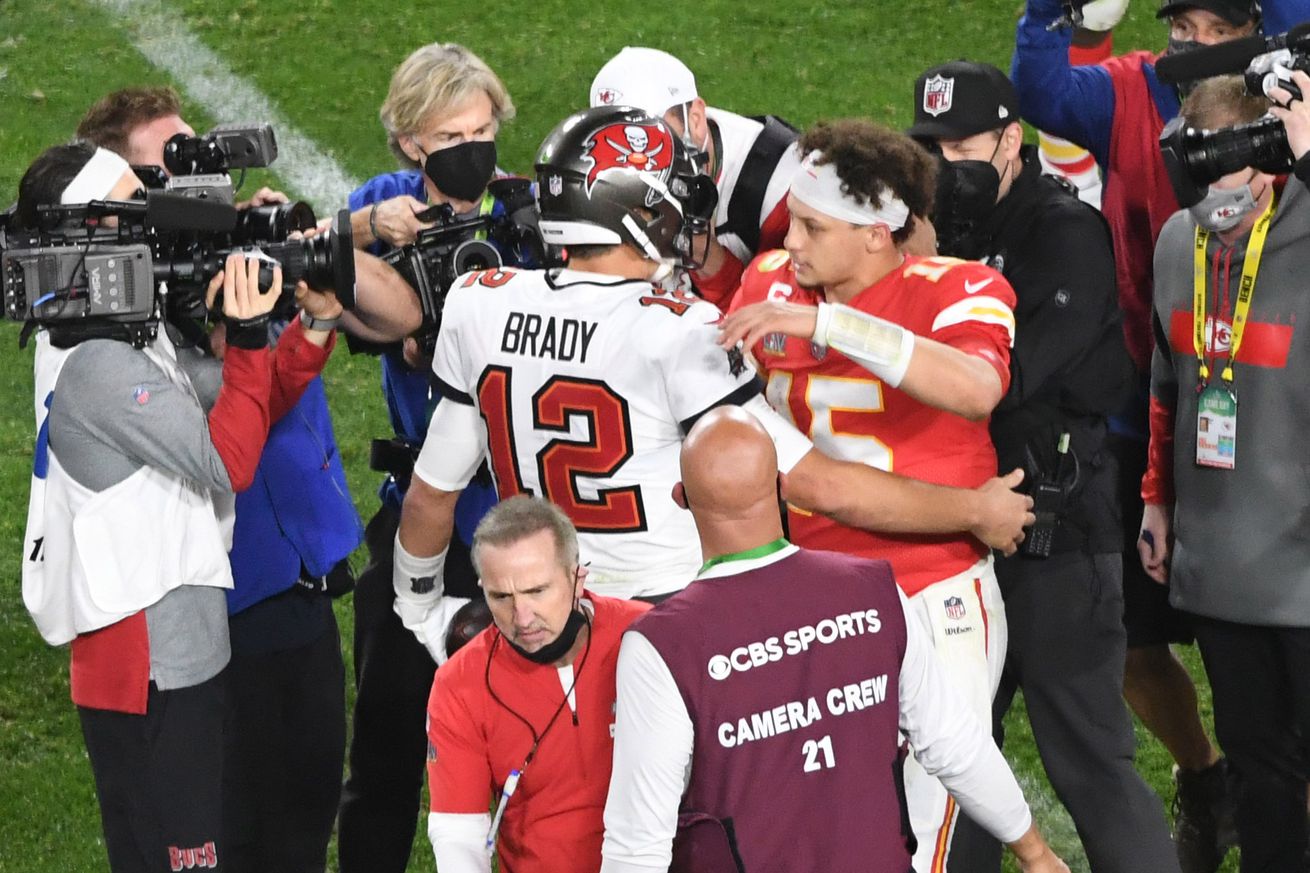 The Tampa Bay Bucs play host to the Kansas City Chiefs Sunday night inside Raymond James Stadium. Tampa Bay is entering this game with a slew of injuries and Kansas City is coming in after a loss in Indianapolis last week.

We fired off some questions regarding the state of Kansas City’s team for Arrowhead Pride’s Tom Childs to see if they can shed some light on what’s going on with the Packers heading into Week 4.

1. Despite the loss in players the Chiefs suffered it appears that the offense isn’t missing a beat. Is Kansas City’s offense doing the same thing from seasons past or have they made any alterations?

I’m sure a lot of folks in Kansas City don’t agree with that sentiment — and I’ll not lie, I’m probably one of them.

After the Cardinals were put to the sword by Patrick Mahomes & Co. it did appear for all intents and purposes that the Chiefs offense wouldn’t ‘miss a beat’ to borrow a phrase from you. 44 points is one way to silence any doubters, for sure.

But then LA happened, but then Indy happened.

The offensive line struggled; Mahomes looked uncomfortable; receivers dropped passes; running backs ran into the backside of their blockers. It was all a mess.

Heck, even Travis Kelce wasn’t his usual reliable self.

All in all, it was a terrible day at the office that I hope was just an outlier.

2. Patrick Mahomes continues to be who he is. What do the Bucs need to do to mirror a similar performance against him two seasons ago in the Super Bowl but with different lineman up front for each side?

Do you mean the performance in which he was easily the best player on the field?

The obvious problem about the ‘Super Bowl I never talk about’ was the protection — or lack thereof — afforded Mahomes that evening. As we all know it led to wholesale changes being made by Chiefs GM, Brett Veach.

Despite what Shaq Barrett says and despite what I mentioned in answering your first question — the 2022 Chiefs offensive line couldn’t be more different from the bunch of has-beens fielded in Super Bowl 55. A line of Orlando Brown Jr, Joe Thuney, Creed Humphrey, Trey Smith and Andrew Wylie is considered one of the best, despite recent hiccups.

That’s not to say that the Bucs can’t have success. They absolutely can and most likely will — I just hope not as much as they did during… well, you know,

Delayed pressures and blitzes have traditionally been things that Mahomes has seen rarely in recent years but are now becoming ever more frequent.

Right now, the Chiefs offensive line struggles with these, so perhaps the Bucs could incorporate this into their pass rush plan? I’m just not too sure winning with 4 will be easy as it was in Super Bowl 55.

3. Tampa Bay’s offense is nowhere near as productive as the Chiefs offense has been. Is there any chance of offensive success the Bucs can finally have this Sunday against Kansas City’s defense?

This version of the Chiefs defense is probably the best of the Mahomes’ era. For once, the other side of the ball is having as much influence on games as the offense. The addition of youth and speed has led to better all-around play. If it wasn’t for a fumbled punt and a ridiculous penalty from Chris Jones, the Colts would have been held to under 10 points last weekend. Just the week before, it was the Chiefs defense that made the play of the game.

All of a sudden teams should fear the Chiefs defense — for too long it has been its’ own fans that were scared of them.

You’ve got a guy over there in Tampa that scares us Chiefs fans — and while Tom Brady still plays, we will always be in fear of how he can break our hearts…. again. A blitz-heavy defense will always offer a weak spot and there is no one better than Brady at finding it. With all of the receivers returning for Tampa, we will soon find out how ‘legit’ the Chiefs new-look defense is.

4. Are there any advantages one side has over the other that may give them the upperhand?

I’m interested to see how the Chiefs offensive players that took the field in February 2021 respond. Admittedly there aren’t many (Mahomes, Kelce, Hardman, CEH and Wylie), but you have to think that they still have nightmares about that night, right? Can they put the demons of that night behind them or will the sight of the Bucs’ defense bring back old memories? More often than not a mental advantage is way more powerful than a physical one.

5. The Chiefs are currently a one-point underdog on Sunday via DraftKings. How do you see this game playing out?

I’ve had this game a coin flip from the very beginning. Yeah, it’s Mahomes’ turn to beat Brady but with this game being played in Tampa, I’m going to say advantage to the Bucs. Were this game to be played on a neutral site, then I would have made a strong case for the Chiefs. But being in THAT stadium — against THAT quarterback — less than two years after THAT game, then my money is on the Bucs to win by a field goal. Enjoy the game Bucs Nation and stay safe.

According to DraftKings Sportsbook, the over/under is currently set to 45.5 for this matchup.