Do the Buccaneers Have a Kicking Competition? 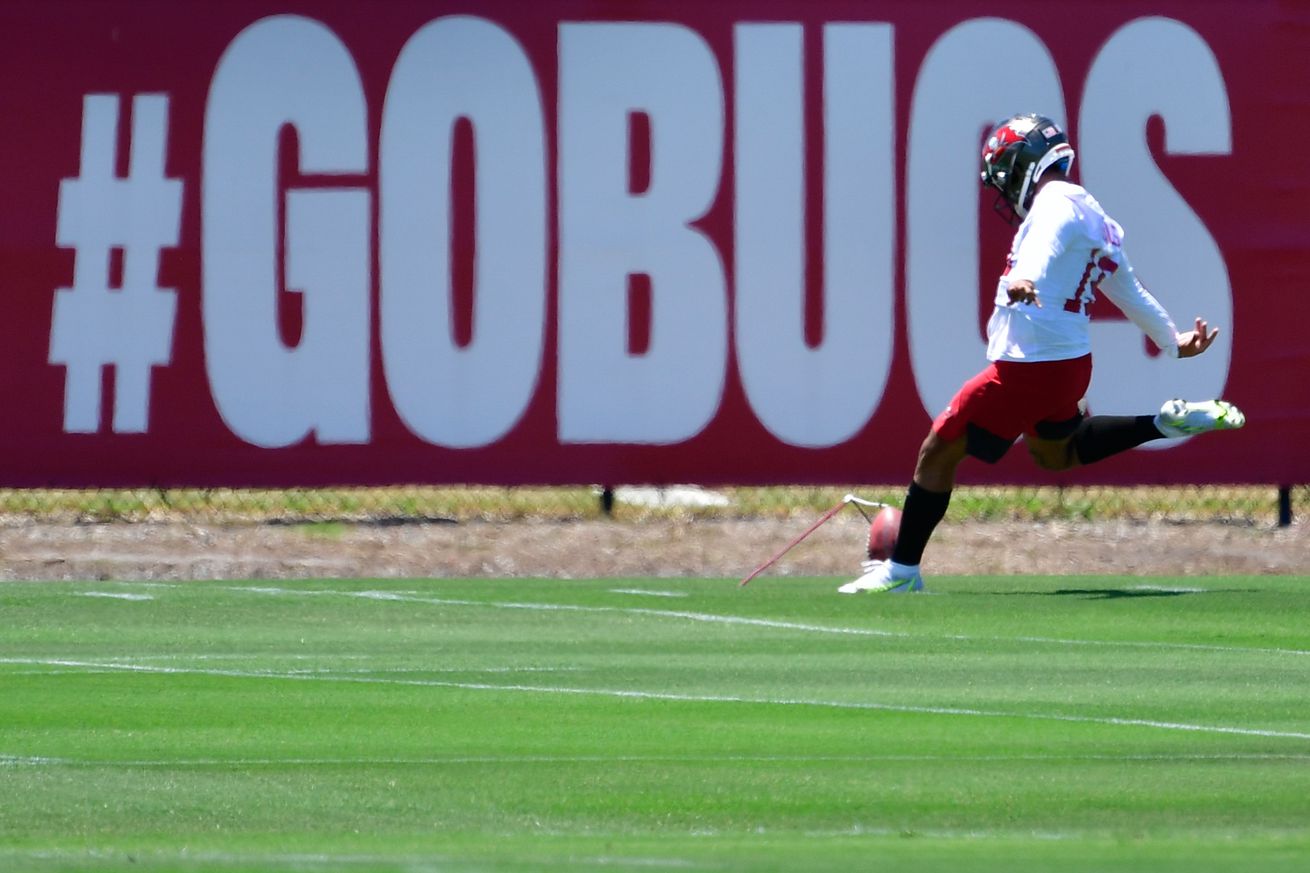 For years, it felt like the Bucs had a kicking curse that they just could not break. Whether it was a rookie second round pick, diamond in the rough or a veteran kicker, it did not seem to matter. Kicking in Tampa Bay was not an easy thing to figure out for Jason Licht.

Fast forward to 2020 and after an up and down rookie season from fifth round pick Matt Gay, the Bucs decided to bring in some competition for him in the form of veteran kicker Ryan Succop. A few days later, Gay would be released by the team and Succop would be the team’s kicker for the 2020 season.

Succop was very productive in his first year as a Buc as he set the franchise record for points scored in a season with 136 and was a key member in the Super Bowl run the team had achieved. Succop was brought back that offseason, signing a three year extension with the team. He entered 2021 with high expectations and while he did not have bad numbers, he also did not find the same amount of success as he did the previous year.

With training camp approaching, it is fair to wonder if the Bucs could look to replace Succop with someone younger and cheaper. Enter Jose Borregales, the former Miami Hurricane who signed with Tampa Bay as an undrafted free agent in 2021 and spent the entire 2021 campaign on the practice squad.

In his final year at Miami after being at Florida International University, Borregales went 20-22 on field goal attempts (90.9%) and was a perfect 37-37 on extra points. Borregales entered training camp with the Bucs and impressed many people.

There was actually some concern that another team may pick up Borregales and the Bucs would not be able to sneak him on their practice squad. Fortunately for them, he would go unclaimed and the Bucs were able to keep him around.

Now, Borregales has a prime opportunity to win the starting kicker job with a strong camp and preseason. It will take a lot to beat out Ryan Succop for the role, but the team clearly likes what Borregales brings to the table and it would not be a surprise to see Borregales be the guy the Bucs choose to start the regular season left.

The team can save about 2 million dollars by cutting Ryan Succop if Borregales wins the job, so the Bucs could have a cheaper, younger option and also have a bit more cap space to allow them to tinker with the roster if need be.

Succop vs Borregales in camp is something that many fans should keep an eye on this summer. It will be very interesting to see who comes out on top in this underrated camp battle.