Do the Bucs’ struggles fall on Jason Licht? 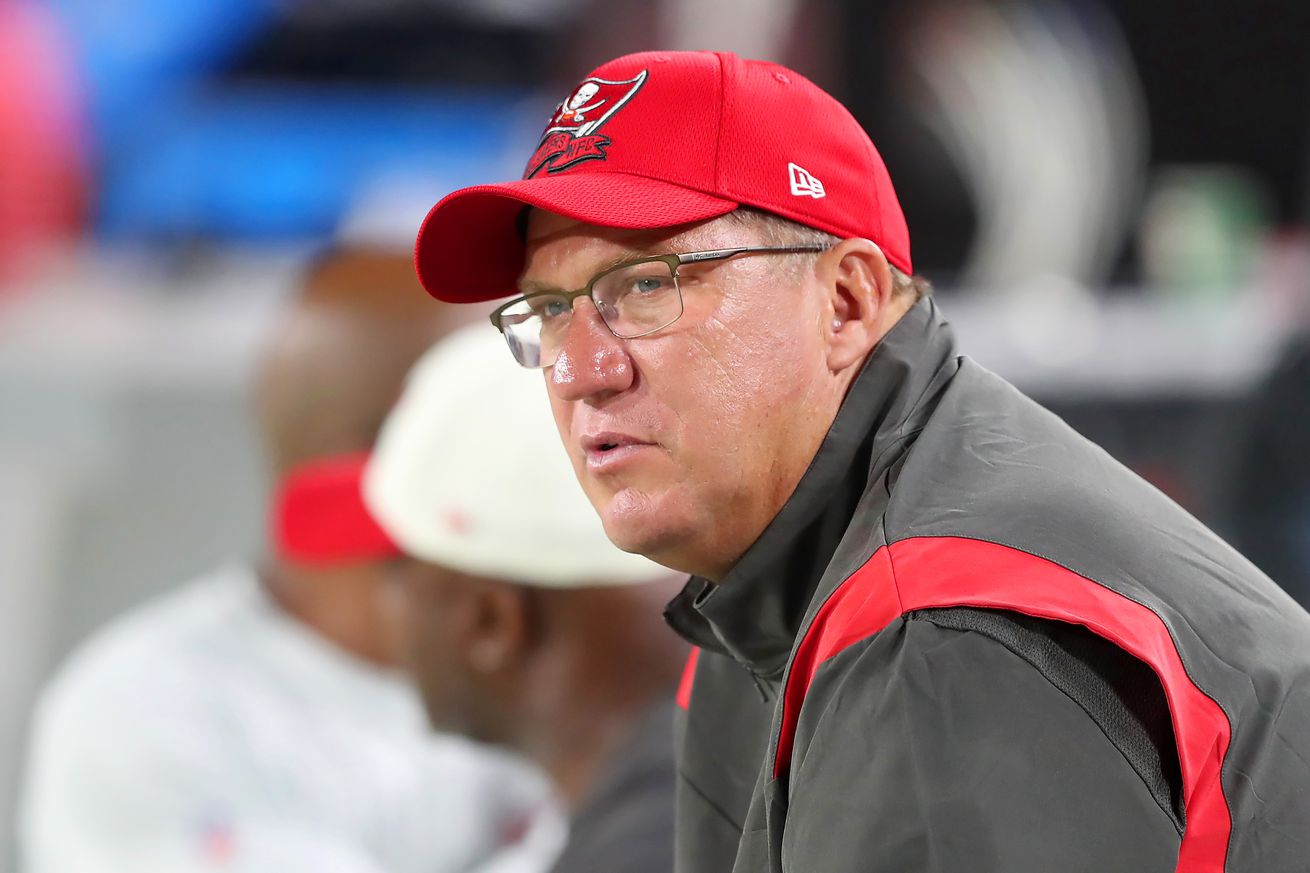 With the team’s 3-5 start, how much of it is on the man calling the shots?

The Bucs currently find themselves on the outside looking in of the playoffs and with a 3-5 record, things have been bleak for Tampa Bay as of late. Yes the players need to execute better, the coaches need to coach better, but how about the man who runs the ship? Was Jason Licht’s offseason good enough for this team to compete?

Last offseason, Jason Licht and the rest of his front office staff thought they would be having to find the next quarterback of the team but instead, Tom Brady returned to the Bucs. After that, Licht was able to lock up pending free agents Ryan Jensen, Carlton Davis, Chris Godwin and Leonard Fournette among others.

In free agency, Licht took multiple gambles on players that have high risk, but also high reward like Akiem Hicks, who has a history of injuries in his career. He also gambled that Russell Gage was an ascending player with Atlanta and the best was yet to come for him. While Gage could still be productive, the three year, 30 million dollar deal Tampa Bay signed him to is not looking like money well spent.

Fast forward to mid-season and all of Licht’s free agent acquisitions have either not worked out on the field or not even been on the field to contribute. Hicks has been out with an injury since the second game of the season. Late offseason signing Julio Jones has missed more games than he has played in and Gage has dealt with injuries at times as well. Licht gambled and lost with this year’s free agent class.

That does not mean Hicks, Jones and Gage are bad football players, it is just that the expectations that were in place for those players has not been anywhere near what the Bucs hoped or expected.

Tampa Bay’s best free agent signing was probably Logan Ryan, he made an impact early on with key turnovers against the Saints and Packers, but now Ryan is on the shelf with a foot injury that will hold him out until later in the season.

Licht’s thought process was in the right place, but the risks did not pan out. He let players like Jordan Whitehead, Alex Cappa, Jason Pierre-Paul and Ndamukong Suh walk and did not do a good enough job of replacing them. The defense has suffered immensely without JPP’s leadership and the run defense has been the worst it has been in a long time without Whitehead and Suh.

The Bucs replaced Cappa by trading for Shaq Mason, which was a solid move and probably the best of the offseason for the Bucs. Mason has held down the right guard position pretty well. The biggest blunder for Licht though may have been his faith in the options at left guard as that position has been brutal so far for the team this season.

In the draft, he tried to solve the issue of Ali Marpet surprisingly retiring by drafting Luke Goedeke in the second round. While Goedeke could become a solid player one day, that day is not happening now. He has been overmatched in a lot of games this year and it has hurt the offense.

The drafting of other players like Logan Hall, Rachaad White and Cade Otton have been decent as all of those players have had their moments this season but it is not enough to overcome the things that this team is missing.

Licht cannot control that Rob Gronkowski and Ali Marpet retired, he can’t control that Antonio Brown went off the deep end, he also can’t control that Ryan Jensen went down with a knee injury the second day of training camp, but he could have certainly done a better job of replacing those players. Licht has been a very good general manager thus far, but this offseason has just not panned out.

Now, not all is lost. Hicks should be returning from injury soon and Julio Jones has finally gotten back on the field but for this team to turn things around, they are going to need some of those players to step up and play to expectations.

Now Licht is faced with a situation next year where he may have to decide whether a reload or a rebuild is necessary for this team but for now, Licht is sure hoping that his moves in the offseason start to pay off.

However, the clock is ticking and time may run out before Licht’s club can turn this ship around.