Four Realistic Quarterback Options for the Bucs in 2023 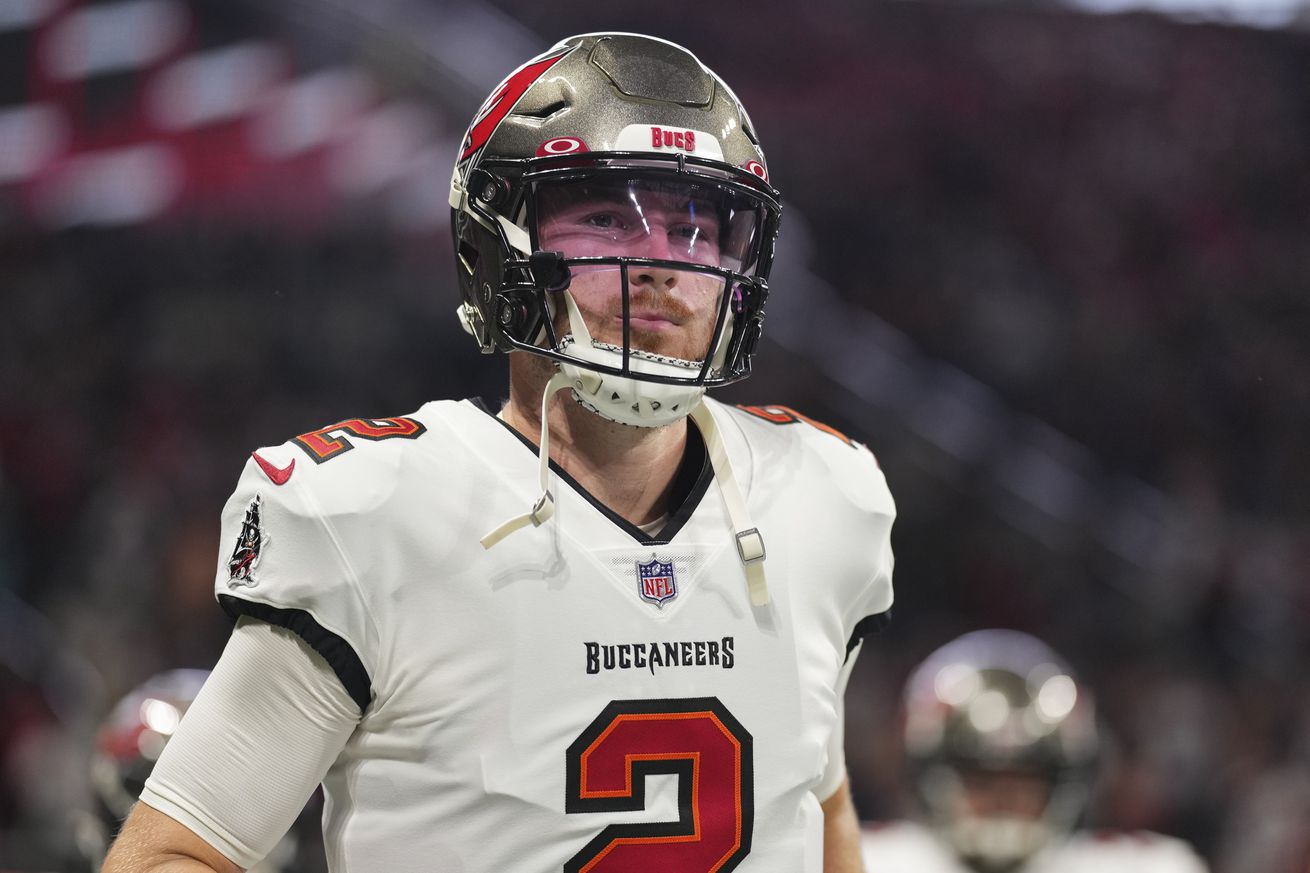 If there is a new signal caller for Tampa in 2023, these names make sense

Let me start by saying this… Tom Brady will not be on this list. Is he realistic? Absolutely, but there is also a world where Brady is not back in Tampa Bay. In that scenario, there will be a bunch of names thrown around.

Now let me get something else out of the way… an acquisition of a top name like Lamar Jackson, Aaron Rodgers or even Derek Carr will not appear on this list. It just simply is not realistic with the Bucs cap situation.

Now that we have that out of the way, let’s get into the list of who may be the starting quarterback for the Bucs this upcoming season.

Let’s start with an obvious one. Kyle Trask was the 64th overall pick in the 2021 NFL Draft out of the University of Florida. The former Gator had a lot of success in college and was drafted to potentially be the successor to Tom Brady. Fast forward two years and Trask has only been active for one game in his career, which was the 2022 regular season finale in Atlanta. He did not really impress in that game but to be fair, he was played with mostly backups against a lot of the Falcons starters.

If Brady moves on, could Trask finally get a shot to be the guy in Tampa Bay? It would be a big risk for both Jason Licht and Todd Bowles. Hitching your wagon to a guy who has not seen much NFL action is risky, but the thought of Trask being able to throw to starting receivers and have a starting caliber offensive line in front of him may be appealing to the Bucs. Not to mention that Trask is still on a cheap rookie contract. If he pans out, great and if not, then the Bucsa are likely picking high enough in the draft to select the next guy, but can Licht and Bowles afford a season like that? I don’t think so, which is why the thought of Trask is interesting, but I’m not sure if that is the route the team takes.

I will admit, all respect to Blaine Gabbert, but this is probably the most boring candidate on the list. Gabbert has been with the team for four years now and was a favorite of Bruce Arians dating back to their time together in Arizona. Gabbert is a former 11th overall pick and has since bounced around from team to team before landing in Tampa.

Gabbert is technically a free agent and now with Bruce Arians and Byron Leftwich no longer on the coaching staff, perhaps the Bucs decide to move on. If they don’t though, Gabbert could make sense as a cheap option and maybe it would open the door for Kyle Trask to start at some point during the season. So why is Gabbert the most boring option on the list? Well he does not have the potential of Trask and he likely is not any better than the other names on this list. Gabbert is certainly realistic, but the Bucs might aim a bit higher for their next guy.

My personal choice if Brady is not back. Brissett has always been a perfect bridge QB that teams can call upon to keep them competitive while they try and find a long term solution. Brissett’s latest stop involved him being the Cleveland Browns starter while Deshaun Watson was out with suspension. Brissett went 4-7 as a starter this season including his final start of the year which was an overtime win against the Bucs. The Browns defense let him down at times this season, which resulted in some losses. Brissett threw for just over 2600 yards passing and had 12 touchdowns and six interceptions on the season.

Brissett is not perfect but with the Bucs strong supporting cast on offense, he may be able to be just what the team needs. A reasonably priced, veteran signal caller who is able to win some football games and could be a good mentor to a young QB whenever the Bucs add one. He fits a lot of the boxes for the Bucs and he is definitely a realistic option for the team.

Perhaps the most polarizing name on this list. There are some that believe Mayfield has not been given a fair shot in the NFL and the former number one overall pick has a lot of potential and then there are others that think he was holding the Browns back a lot of the time. Mayfield’s career has been a roller coaster to this point. After taking the Browns to the playoffs, he disappointed the following year before eventually being traded to the Carolina Panthers where he would not even finish the season. He was released by the Panthers and claimed off waivers by the Los Angeles Rams.

Now the 27 year old Mayfield is a free agent and will be able to choose his team. There is a possibility that Mayfield could have a connection with Tampa as the team is on the hunt for a new offensive coordinator. One of the names that has been thrown out there as an option is former Bucs and current Georgia OC Todd Monken. While it is not a lock that Monken gets the job, if he does it will be interesting to see if they pursue Mayfield as Monken was Mayfield’s OC with the Browns in 2019. There is familiarity there and perhaps Tampa Bay believes Mayfield is not a lost cause. If he is a hit, the Bucs could be getting a legit starting caliber quarterback for a pretty good price.

Look, these names are not the most popular and will not get the Bucs the top story on ESPN most of the time, but that is where the Bucs will be at if/when Brady leaves. The Patriots went through something similar when Brady left in 2020. Going from great QB to great QB just does not usually happen in the NFL and fans should start preparing for that and consider these names as the next guy under center for Tampa Bay in 2023.