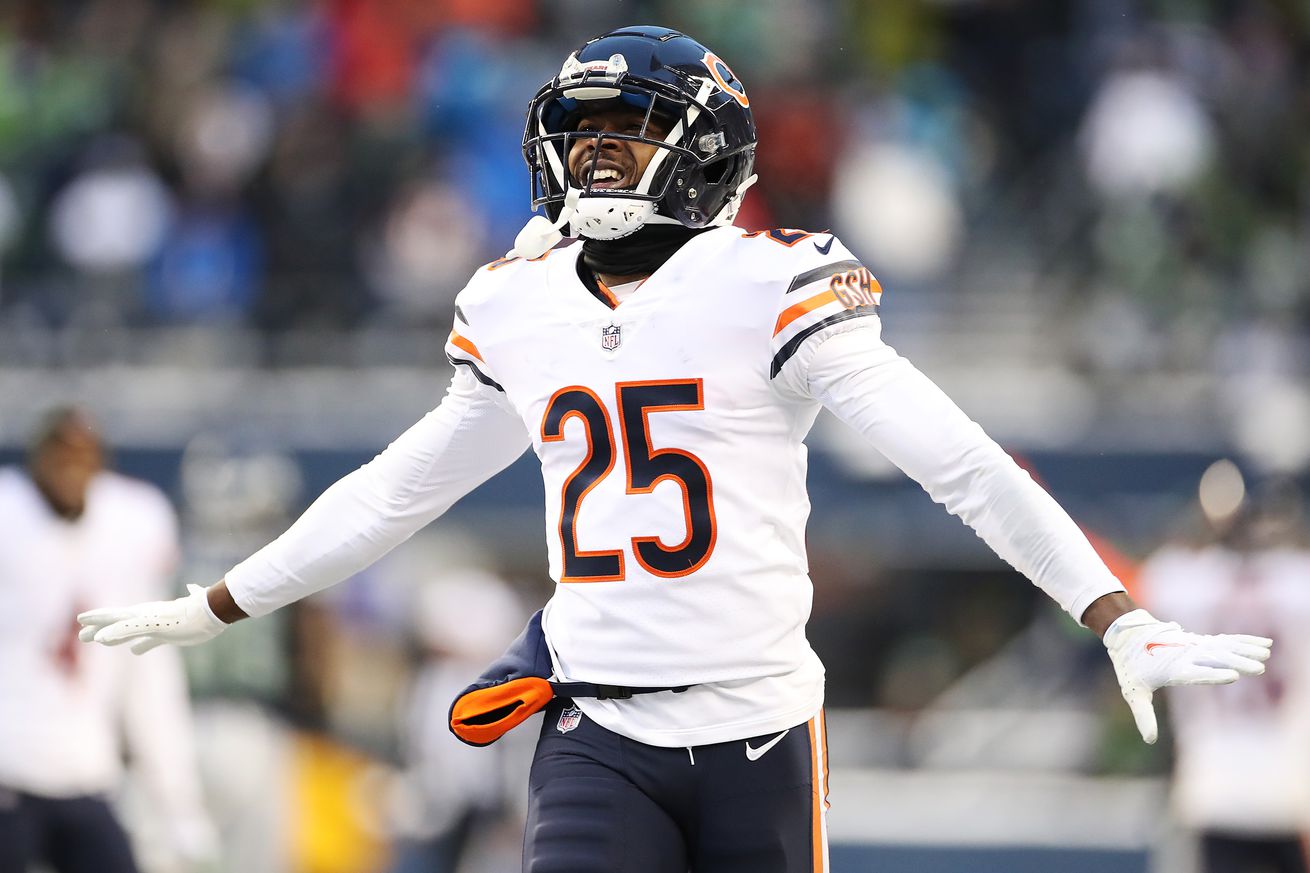 With the Bucs potentially looking for some corner depth, they could look to add the former Miami Hurricane

In the 2021 season, the Bucs seemingly could not catch a break when it came to injuries but more specifically, their secondary was obliterated by injuries throughout the season.

With that, the Bucs could be looking to add some better depth this offseason at the position and a name like Artie Burns from the Chicago Bears could make a lot of sense.

Burns was born in Miami, Florida and played college football at the University of Miami for the Hurricanes where he had a very successful career. That career earned him a spot in the first round of the 2016 NFL draft as the Pittsburgh Steelers selected him 25th overall.

While in Pittsburgh, Burns only started all 16 games one time and could never seem to replicate his splash plays in his rookie season as he had three interceptions during that campaign. After a lot of uninspiring play and being in and out of the starting lineup, the Steelers would decline Burns’ 5th year option and he would become a free agent in the 2020 offseason.

Burns will be 27 years old when the 2022 season rolls around and he is slated to once again hit the free agent market.

As stated earlier, the Bucs really struggled with injuries in the secondary during the 2021 season and the first time they played with their complete starting secondary healthy was week 18 against the Panthers.

When players like Carlton Davis and Sean Murphy-Bunting went down with significant injuries, players like Richard Sherman, who also got hurt were called upon to play meaningful snaps for the team. Ross Cockrell, Dee Delaney and Pierre Desir are just some of the other names the team had to throw out there and at times those players were overmatched. That is where Burns could step in.

Out of those three players, Desir is the only one who had a lot of experience in a starting role. Burns could provide the Bucs with depth as a player who has started in the NFL before and could be an upgrade over names like Cockrell and Desir.

The team could just decide that they would prefer to continue to roll with players that already know the system and have been with the team for a little while. They could also decide to add their corner depth through the draft to try and save some money.

In 2021, Burns signed a very low risk deal where his cap hit was only 850,000 dollars. It is safe to assume he won’t command much more than that on his next contract. Maybe his next deal includes a slight raise because he was able to bounce back health wise from a major injury.

It could be a very low risk, high reward move for the Bucs.

How do the Bucs view Burns? Is he a player that can play inside and outside in Todd Bowles’ scheme? Would there be better options for depth out there? If so, what would their cost be? Has Burns put the major injury completely behind him? Is he actually an upgrade over what the team has now?

Signing with Tampa Bay would essentially be a homecoming for Burns. This team needs more depth at many different areas, but corner should be one they are looking to add a depth player that could be a good insurance policy if the injuries to the secondary would carry over to the 2022 season as well.

Burns could provide some depth for a team that is likely going to need it if they want to compete for a division title this upcoming year.

What do you think, Bucs Nation?