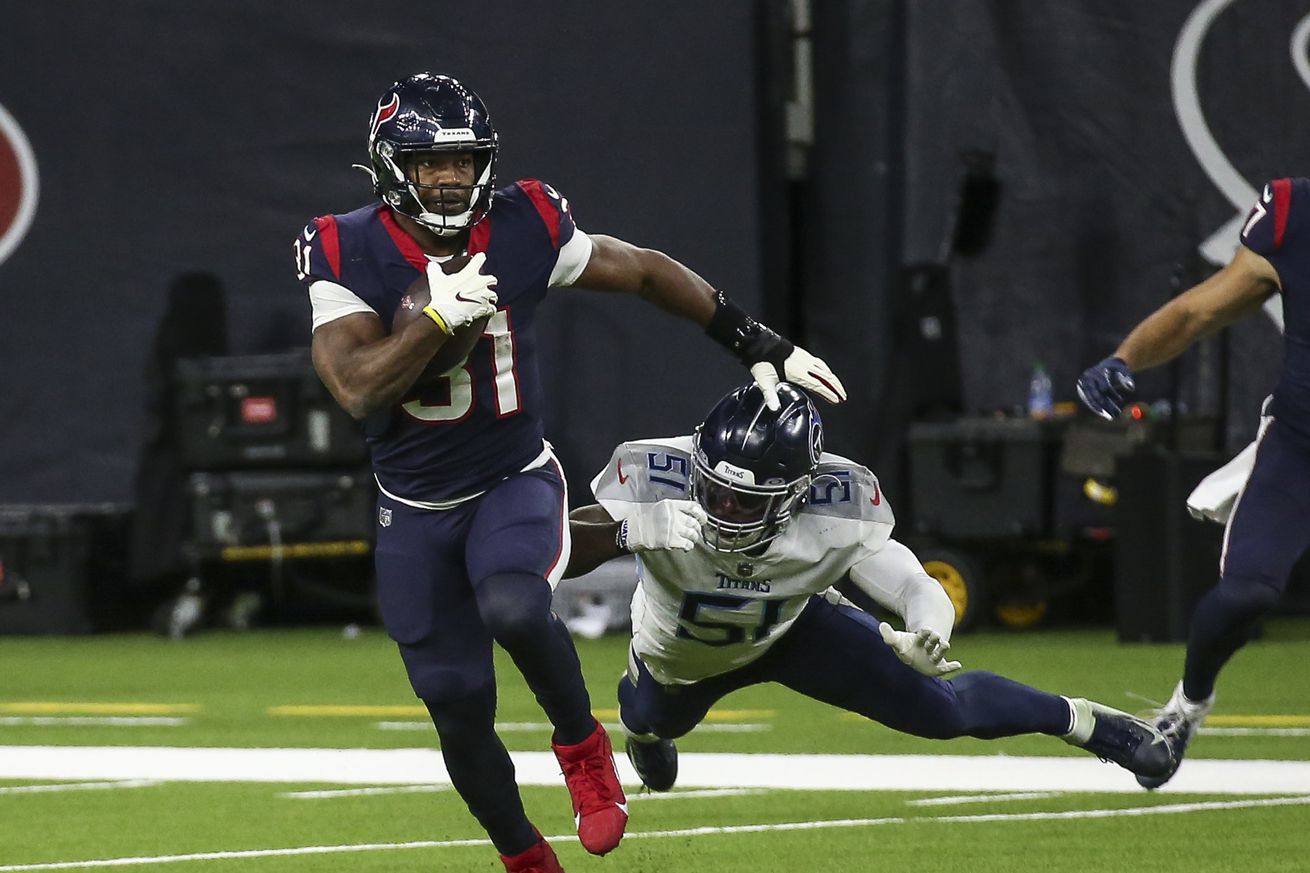 Could the Bucs reunite their head coach with a familiar playmaker?

Leonard Fournette and Ronald Jones II may not be destined to return to the Tampa Bay Bucs in 2022.

Jones almost assuredly, and Fournette is very likely to leave given the attention he’ll draw in the free-agent pool.

As another veteran option, David Johnson is a big back with some tread left on the tires who may be open to a reunion with his former Arizona Cardinals head coach, Bruce Arians.

Both men are a little older, one with more jewelry and accolades than the other, and both looking to achieve what they set out to do when they first met.

Admittedly, head coach Bruce Arians and the Arizona Cardinals had their eyes set on Nebraska star running back Ameer Abdullah. But the Detroit Lions ruined those plans.

It turned out to be for the best, however, because in the third round of the 2015 NFL Draft, the Cardinals took David Johnson out of Northern Iowa.

After starting five games in his rookie season, Johnson took the NFL by storm in 2016 with 2,118 total yards of offense and 20 touchdowns.

Unfortunately, each was also his last.

Johnson’s 2017 season ended after an opening week wrist injury. His production dipped in 2018. And by the end of the 2019 NFL Season, he found himself out of the top spot on the depth chart and was in Houston in 2020.

With the Texans, Johnson hasn’t exactly regained his earlier form but found a way to total nearly 1,000-yards rushing in two seasons and nine touchdowns.

Upfront, Johnson’s best days in the NFL came playing for coach Arians. So the obvious connection is also a strong one.

Nobody is suggesting he can carry the load by himself, so we’re dealing with a committee system here. Not dissimilar to what the Bucs had been employing up until Fournette asserted himself as the clear choice to establish consistent performance from the running back group.

For Johnson, every season presents an opportunity, and when a player in his position has one with real postseason potential, it’s hard to turn a nose up to.

The Bucs are absent a legitimate No. 1 back for 2022 at the moment, and no matter who the quarterback turns out to be, it’d be wise to try and find one if the price is right.

‘Never Say Never’ is a term that comes to mind, but if we’re being realistic, Johnson isn’t likely to be a reliable primary back regardless of the competition in the room.

Spotrac’s valuation of Johnson this offseason comes in at $1.4 million, likely on a one-year deal.

A lack of draft capital required to acquire the back is a plus, but so is the relatively cheap price tag as he’ll serve in a playing role as offensive coordinator Byron Leftwich can work him in, and in the meantime prove to be a valuable mentor for young backs like Ke’Shawn Vaughn and the likely rookie addition we see join the team in April.

Perhaps Johnson is still clinging to dreams of regaining his dominant form.

Hard to blame him. Once a player reaches the top of his position group, it’s reasonable to try and strive to get there again.

If the Bucs pitch him a committee arrangement while another team offers him a fair crack at being a lead back once again, the competitive spirit may just win out.

Likewise, if Leonard Fournette decides to return, the team doesn’t have much need for a slower and injury-prone backup, and would likely turn their attention towards the draft altogether, or at least to a younger complimentary back in free agency.

It’s fair to think anyone would prefer Fournette’s return over replacing him with Johnson or any other back.

But it simply isn’t up to us, or even the Tampa Bay Bucs alone.

Fournette has a say, and while he’s not the only option, Johnson is certainly one that could make sense as the Bucs try to get back to the top of the National Football League.

So what do you think, Bucs Nation?