Has Tom Brady already said goodbye to the Buccaneers? 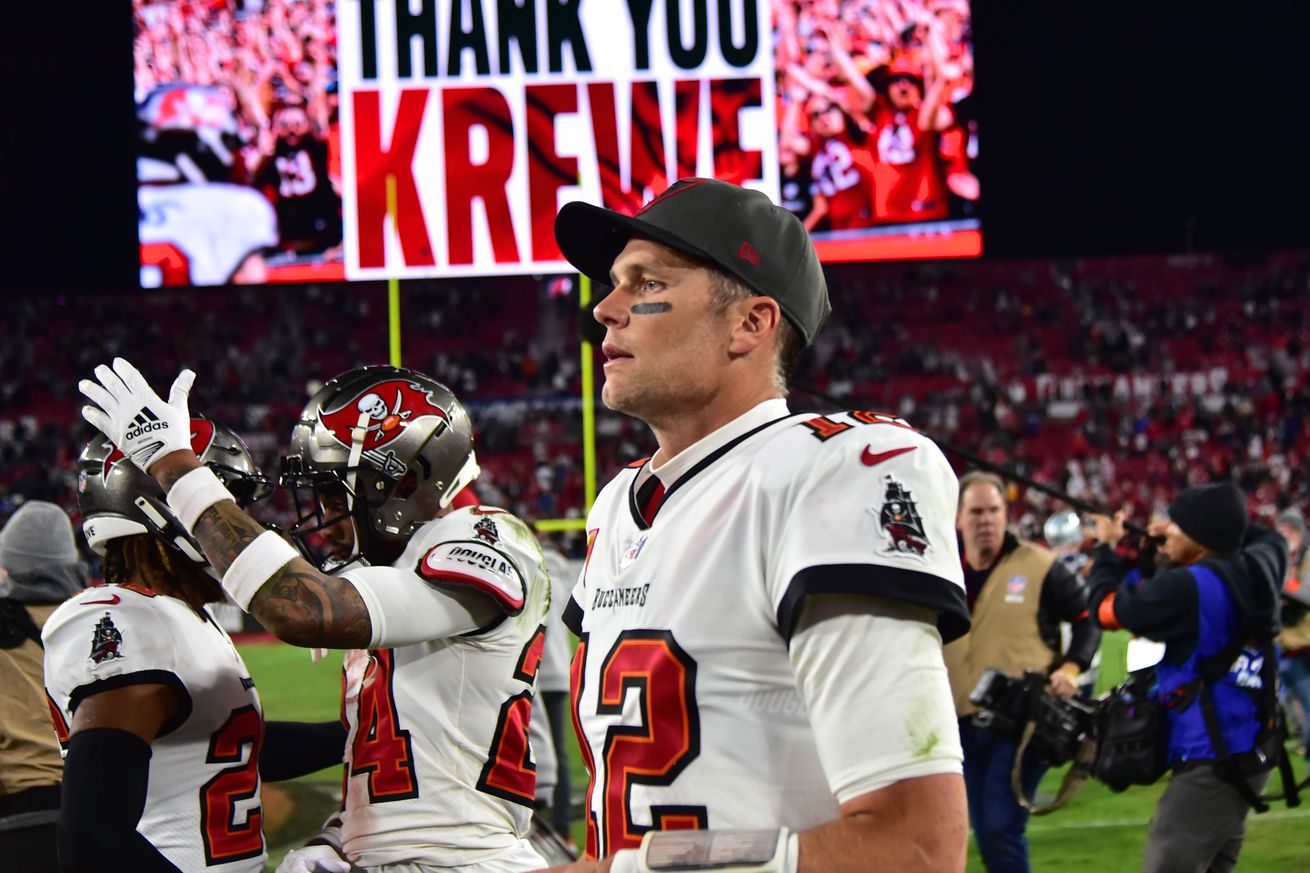 While there is still some hope that the Bucs’ recent changes will instill confidence in 2023 in Tom Brady, NFL Network’s Ian Rapoport is saying that many within the organization feel like he’s already said his goodbyes to the team and his teammates;

From @NFLGameDay: Some of Tom Brady’s #Bucs teammates felt he was saying goodbye to Tampa for good. If so… what’s next? pic.twitter.com/jkENQgDqMS

According to Rapoport, one Bucs player said, “I’d be surprised if he’s back,” while another said “He sounded like a person saying goodbye for good.”

While nothing is set in stone and Brady will be taking his time with this decision, it seems as if Brady’s time with the Bucs has come to an end. He has one – maybe two – seasons left and the Bucs are in a situation where they can accommodate any of Brady’s wishes by mortgaging their future as they’ve done since his arrival. He knows the talent that is here and the ownership and front office have given him free reign to bring in any players he wanted.

Would Brady really want to start all over again for another franchise at 46 years old?

The answer is quite simply, maybe. Regardless of if he stays or goes, Brady will have to learn a new system on offense. The advantage the Bucs have is that he already knows the players and the culture, he has a great relationship with ownership and Jason Licht, he’s beloved by the fans and the organization, and he’ll have just as much say has he always has.

However, there’s the flip side of the Bucs getting older and not being quite as talented as they were two years ago. Brady leaving could be an indictment on his belief that the Bucs are heading in the wrong direction as they speed towards a rebuild – something he flat out doesn’t have time for. If he’s playing one more year, it has to be a situation like it was with Tampa where they are loaded with talent and just a quarterback away from winning the Super Bowl.

Whether or not the firing of Byron Leftwich plays into his decision at all is yet to be determined. It still seems that his best chance to succeed is with the Bucs unless his hometown San Francisco 49ers decide to move on from Trey Lance before he ever really gets a shot in order to bring in Brady as the hired assassin to win a championship. Would they really be willing to eat all that draft capital they spent on Lance and give him the chance to flourish elsewhere for just one year? In a world where championships are so hard to come by, they very well might while having Brock Purdy waiting in the wings to take over after that one year.

Regardless of where he goes, what he decides, and what he does, Bucs fans will be forever grateful for the three years of absolute awe Brady left them in. The Super Bowl, the boat parade, the endless highlight reel moments, the comeback wins, and just how Brady was as a “Florida Man.” And no decision, no rebuilding, no overhaul can ever take those moments away.