How it started for the 2022 Tampa Bay Buccaneers 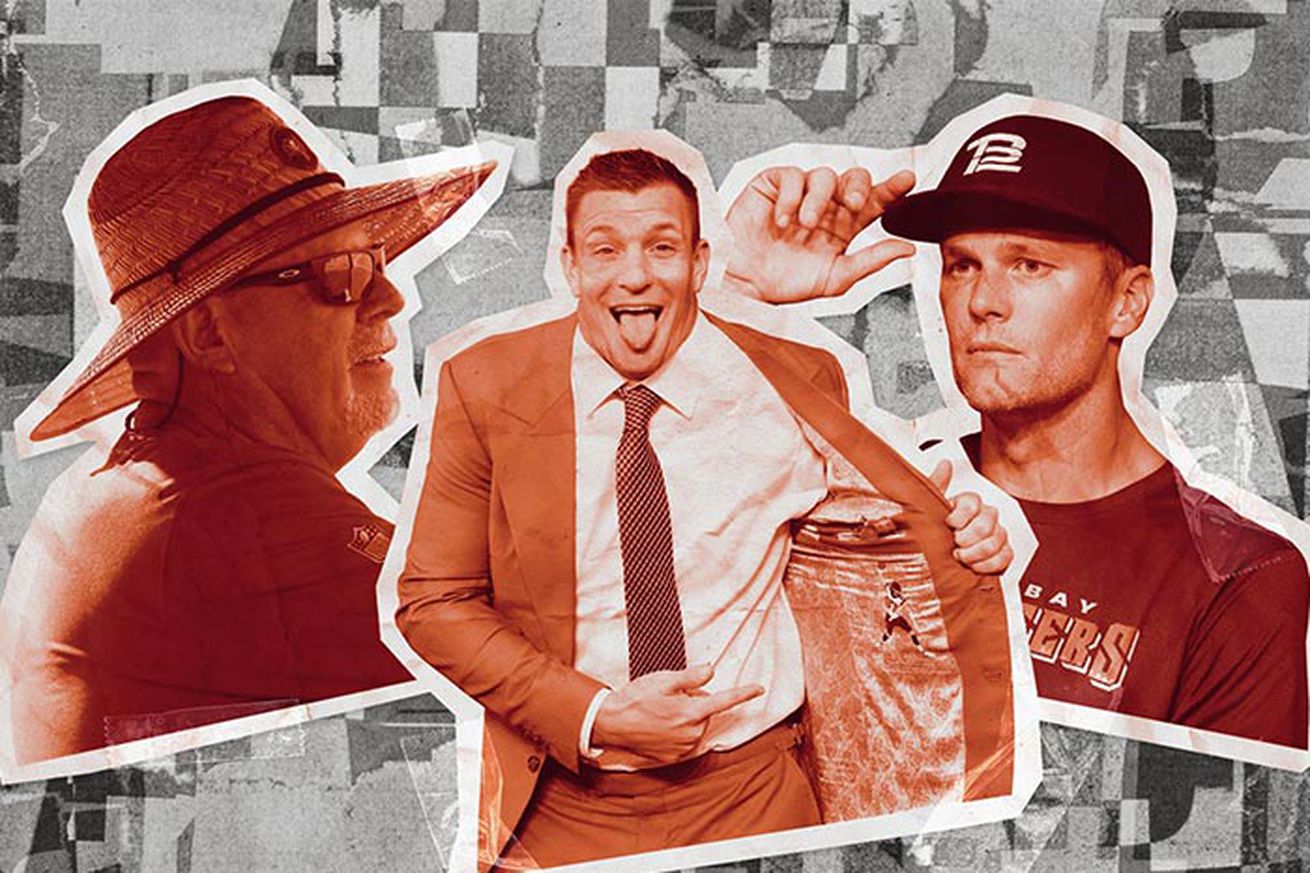 The roller-coaster offseason is how it all started for the 2022 Tampa Bay Bucs.

The Bucs’ offseason began when the Los Angeles Rams knocked them out of the playoffs in the Divisional Round. Speculation and assumptions began with this question: Where do the Bucs go from here?

We knew they’d lose more than just the game that ended hopes of repeating as Super Bowl champions. We knew players would leave the team or retire. We knew there would be coaching changes. Overall, we just knew the 2022 Bucs would look much different than the 2020-2021 versions. But in reality, what we thought we ‘knew’ would happen, didn’t really happen.

The roller coaster offseason is how it all started for the 2022 Tampa Bay Bucs.

“This is difficult for me to write, but here it goes: I am not going to make that competitive commitment anymore.”

Those were future Hall of Fame quarterback Tom Brady’s words when he announced his retirement back on Feb. 1, presumably ending a very successful 22-season career in the NFL. That immediately put the Bucs in the discussions of “what next?” at the position.

Many reports linked the Bucs to quarterbacks like Deshaun Watson, Jimmy Garoppolo, and Baker Mayfield, among others. Of course, their own in-house guys, Blaine Gabbert and second-year guy Kyle Trask, were names tossed around to take over at some point.

But as more and more time went by, uncertainty continued to mount. For a moment, the Bucs seemed content with moving forward with Gabbert steering the ship. There was no movement on any other fronts. That is until Brady decided he couldn’t stay away from the game and returned to Tampa Bay.

After nearly six weeks of living the retired life, the veteran quarterback announced he would be returning to the game of football for his 23rd season, and his third with the Bucs.

However, the drama continued for the Bucs.

None of that ever happened.

Instead, the coaching change came from the top. Head coach Bruce Arians announced he would be stepping down from that position and would move into a front office role. The sort of “out-of-nowhere” decision came a little over two weeks after Brady announced his return.

When Arians was initially brought in, it was believed he would coach for three seasons and hang it up. Well, three seasons came, and Arians went. After Arians’ departure, the Bucs promoted Bowles to head coach and kept the remainder of the coaching staff in place, including Leftwich as the offensive coordinator.

The Bucs were set to lose several key players during the 2022 offseason due to contract expirations. Big-name players like Ndamukong Suh, Jason Pierre-Paul, Carlton Davis, Ryan Jensen, Chris Godwin, Rob Gronkowski, and Leonard Fournette were all set to become free agents. Some did move on and found homes elsewhere, like safety Jordan Whitehead, running back Ronald Jones, tight end O.J. Howard and lineman Alex Cappa. Pierre-Paul and Suh also didn’t return, but never found new landing spots. On the plus side, the Bucs were able to retain top talents in Jensen, Fournette, Davis, and Godwin.

Tampa Bay didn’t stop at bringing back some of their own. They also looked outside the organization. Bucs general manager Jason Licht worked the phones during free agency to sign players who could come in and immediately make an impact in their own respective ways. The Bucs signed wide receiver Russell Gage, veteran guard Shaq Mason, safety Keanu Neal and defensive back Logan Ryan, among others. Oh, and they also added beastly defensive lineman Akiem Hicks out of Chicago as they entered the month of June.

If the free agent additions weren’t enough, the Bucs were wise with their draft selections this past April. Licht and his talent scouts maneuvered throughout their draft board to make wise decisions with trades and selections. The Bucs addressed key positions with the selections of defensive lineman Logan Hall, guard Luke Goedeke, running back Rachaad White, and tight end Cade Otton. In the later rounds, cornerback Zyon McCollum tight end Ko Kieft would provide depth at their respective positions and serve as role players on special teams.

And of course, what would be a Bucs draft without drafting a kicker? Tampa Bay selected punter Jake Camarda in the fourth round. That led to the eventual release of punter Bradley Pinion a few months after.

The “R” word hovered over the Bucs at the very onset of the offseason when there was speculation surrounding Brady’s potential decision to leave the game. When Brady announced his initial decision to retire, so too did veteran guard Ali Marpet — which was an even bigger shock to everyone in and out of Tampa Bay. At just 28 years old, Marpet decided to call it quits early on after many successful seasons in the league. And there was no changing his mind, even after Brady decided to return.

Another big announcement was Rob Gronkowski’s decision to hang it up. The difference was that Gronk’s decision to retire didn’t come early on in the offseason. He waited until the time was right for him to call it a career in June. Despite just playing two seasons with the Bucs, his contributions proved to be impactful, and he remained a top target for Brady like he was during their time together in New England, helping the Bucs win a Super Bowl.

Like Marpet, not even the return of his good friend as the Bucs’ signal caller changed Gronkowski’s mind about retirement.

The 33-year-old’s decision was the last major drama-filled news item to end Tampa Bay’s roller-coaster offseason ahead of camp.