It’s ‘all or nothing’ for Buccaneers this season 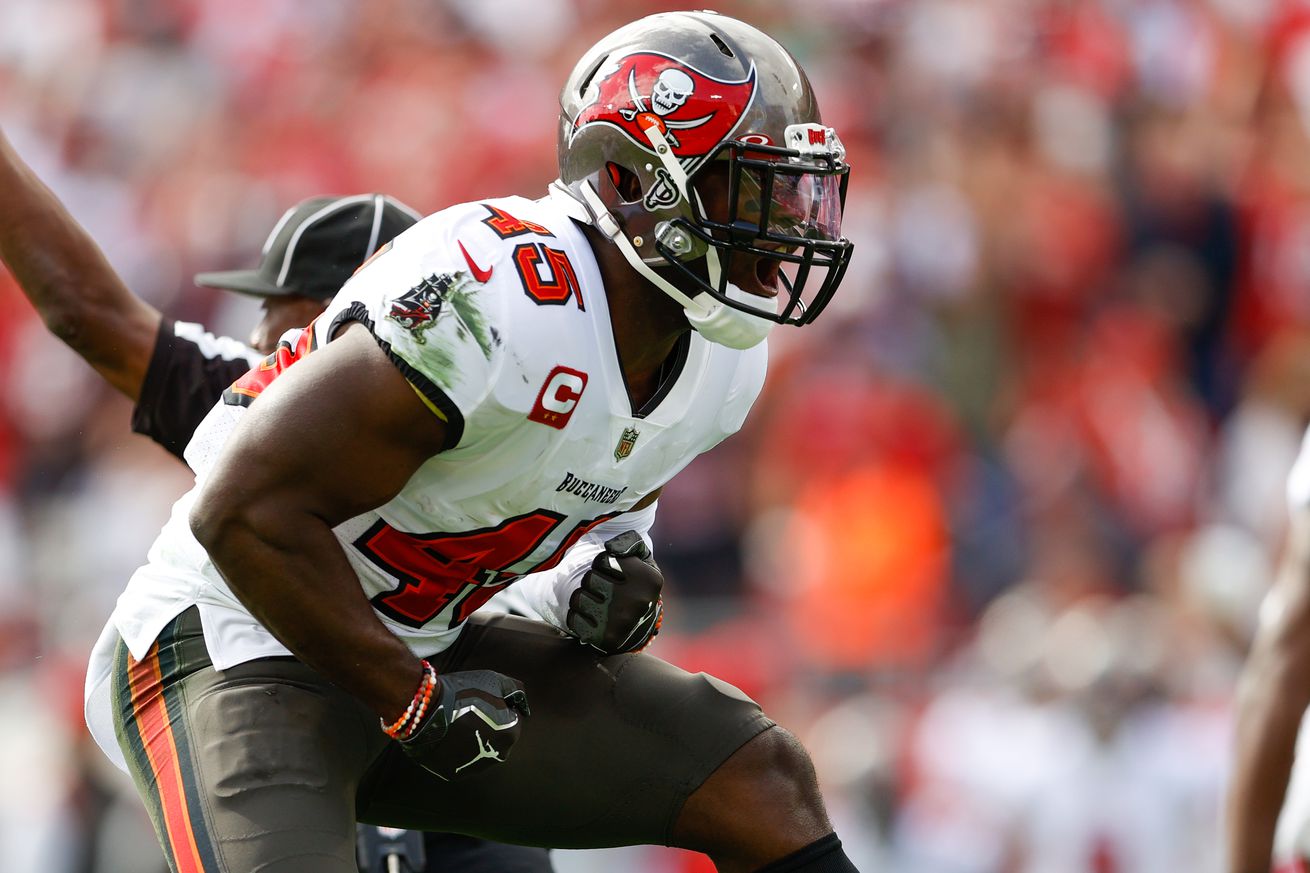 This is likely the last season for Tom Brady – which should come as no surprise considering his brief retirement before returning for season number twenty-three. And we all know his claim that his favorite ring is “the next one.”

The players on the roster are well aware of that and they want to ensure that they send Brady off into the sunset as a champion. Like John Elway or Peyton Manning, there’s something that feels right about seeing one of the greatest players to ever play leave the game as a champion.

When speaking to media on Wednesday, both Shaquil Barrett and Devin White know what this season means for the franchise and for their captain. After this year, there’s no telling what the team will do as far as the quarterback position is concerned and their championship window may slam shut prematurely.

White expressed that it’s crucial the team gets over the hump against the Rams because 2022 is “Super Bowl or nothing” for them. Now, you can say that about any team – but there’s a reality that some teams are rebuilding, some are in the process of becoming playoff contenders, and there are very few that are truly championship caliber teams. For the Bucs, this may be the last season they fall into the latter category before regressing back to merely playoff contenders.

And all of it hinges on the replacement of Brady when he hangs them up.

Linebacker Shaq Barrett told the media he looks at this year as being Brady’s last – and how important it is for them to all raise the level of their game;

The key is to stay healthy – something the Bucs couldn’t do last season. If they stay healthy, their roster stacks up with any other roster in the NFL and they are loaded with championship experienced players that can win another one at season’s end – giving Brady’s career the ending it deserves.