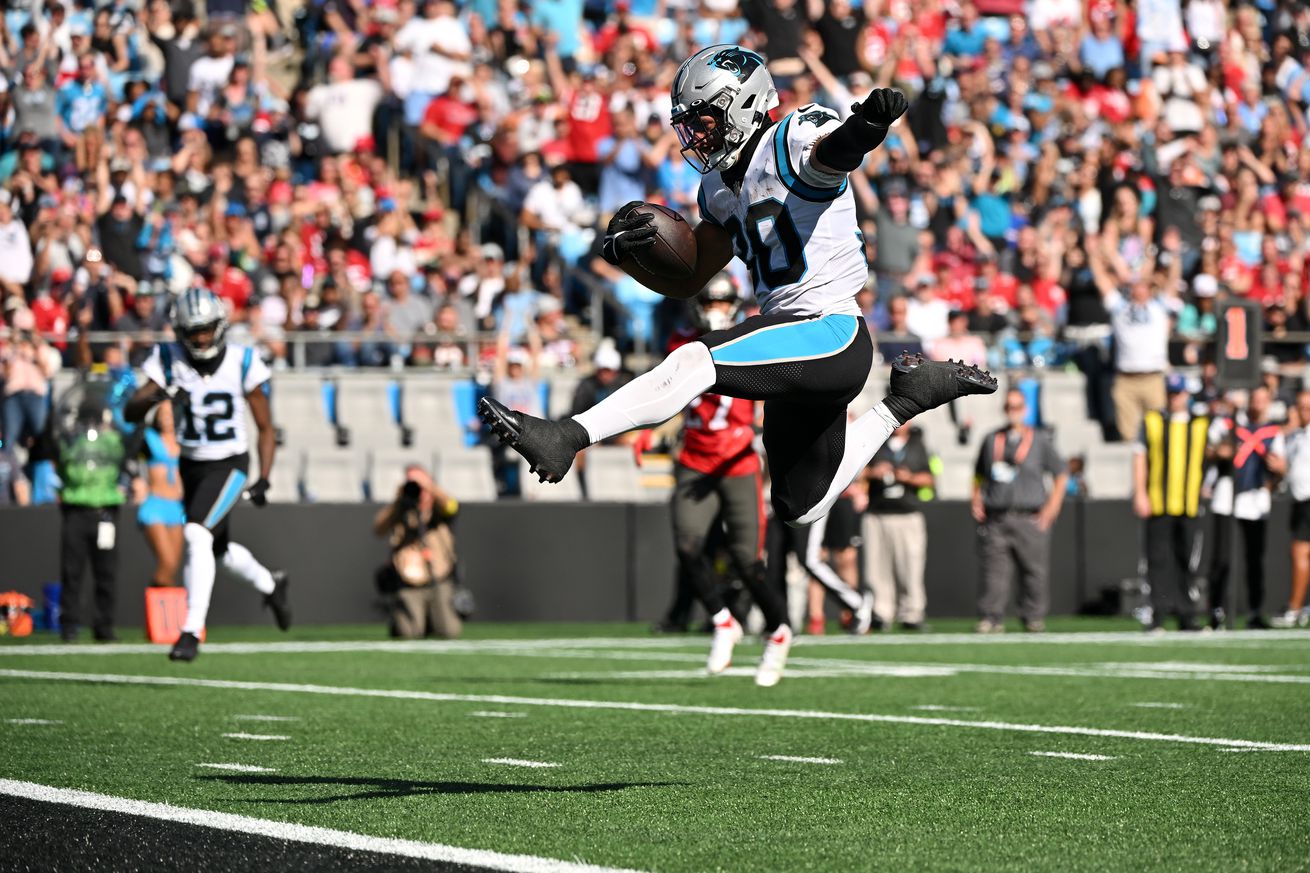 The wheels have officially fallen off for the Tampa Bay Bucs. In an absolutely pathetic performance, the Bucs were routed by the Carolina Panthers 21-3 on Sunday at Bank of America Stadium in Charlotte, NC. An unbelievable drop by Mike Evans on a no-doubt touchdown to start the game, set the tone for a miserable day of football for Tampa Bay.

Carolina’s fourth string quarterback PJ Walker threw for 177 yards and two touchdowns, and the Panthers ran the ball for 173 yards against a Buc defense that looked completely checked out from the start of the game. Tom Brady was gun slinging as usual, completing 32 out of 49 passes for 290 yards. Unfortunately, none of those completions resulted in a touchdown, as the Buccaneer offense failed miserably all day long.

The drop by Mike Evans on the opening drive might have been the biggest play of the season. With the offense struggling mightily during the first six games, a beautifully executed bomb to open week seven was precisely what this team needed. Alas, Evans, the usual sure handed go-to receiver for the Bucs dropped what might have been this team’s last chance to pull out of an epic tailspin.

Evans did eventually catch nine passes for 96 yards, but none of them mattered, because the life was sucked out of the team already. Chris Godwin had seven receptions for 43 yards, on 13 targets. And the Buccaneer rushing attack managed a pitiful 46 yards on 16 carries. The Bucs punted on six of their first eight possessions, with one possession ending the first half, and the other possession resulting in a loss of downs because the Bucs could not gain one yard on third, or fourth down.

The lone score on offense was provided by kicker Ryan Succop, on a 27-yard field goal in the third quarter, after the Bucs failed to convert on their only goal-to-goal opportunity of the day. Punter Jake Camarda was the offensive workhorse, punting a total of six times for a 46.5-yard average. Anytime the punter is your most effective offensive player, you know it was a bad day.

Tampa Bay’s defense seemed to miss the flight to Carolina, as they allowed a fourth string quarterback to throw two touchdowns, and a backup running back who had a total of 37 yards before Sunday’s game, to rush for 118 yards. All of this happened four days after the Panthers traded their All-Pro running back Christian Mccaffrey to the San Francisco 49ers.

Lavonte David led the Bucs with 7 total tackles, and lineman Vita Vea had the Bucs lone sack of the day along with four other tackles. First round draft pick Joe Tryon, and the $68 million dollar man Shaq Barrett, combined to assist on four tackles, and had zero quarterback hits. Amazingly, no defensive lineman had a single quarterback hit other than Vita Vea’s sack.

The Bucs best players are not making the plays that we are so accustomed to seeing them make over these last few years. The team plays with zero intensity, no enthusiasm, and seems to be out of touch with their coaching staff. It looks as if the switch has been turned off, and the guys are just going through the motions. This is a recipe for disaster that has all the indications of continuing unless major changes are made.

Luckily for the Bucs, they don’t have much time to dwell on this performance, as the Baltimore Ravens come to town for a Thursday night matchup at Raymond James. Game time is set for 8:15 PM ET and will be broadcast on Amazon Prime Video.