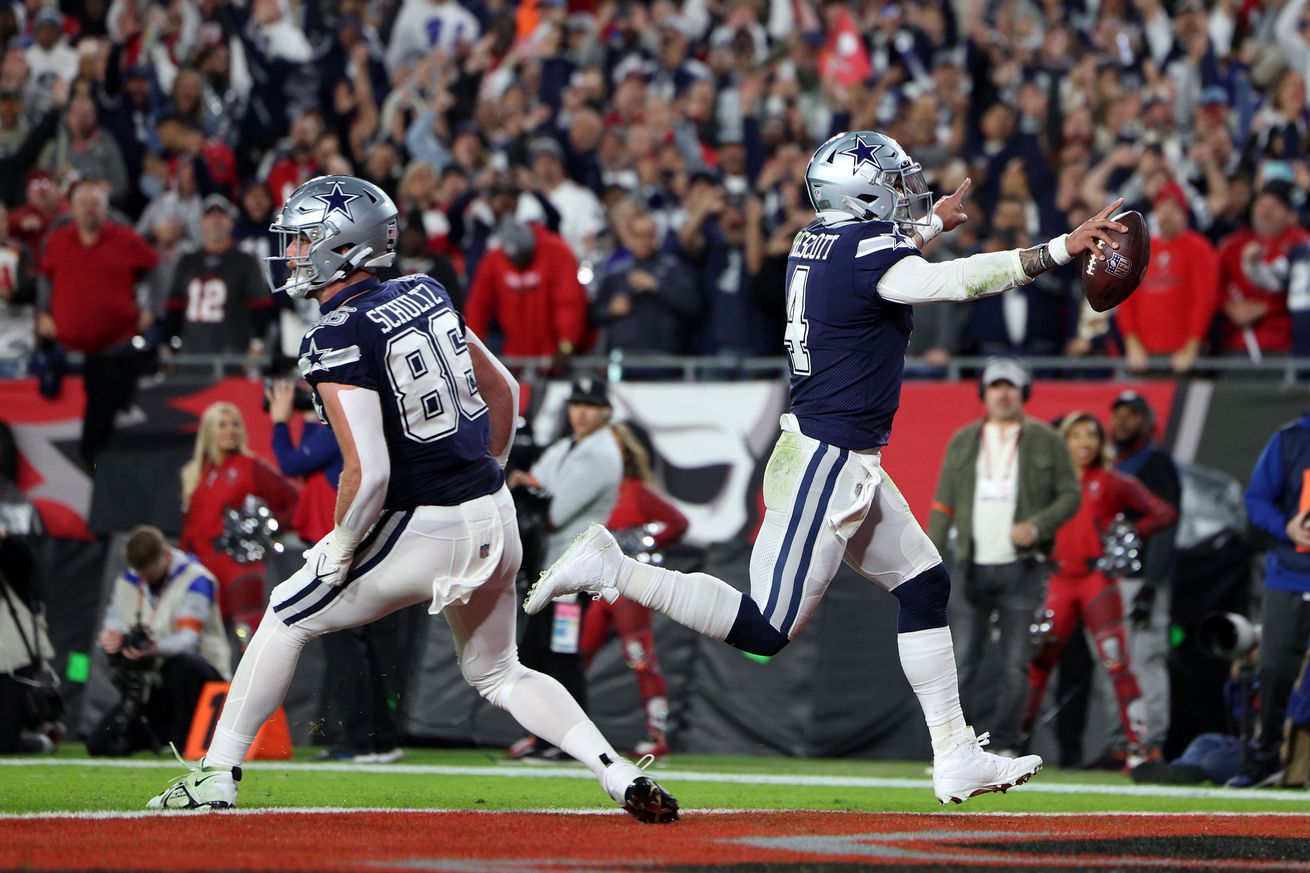 In a fitting ending to a subpar season, the Tampa Bay Bucs saved their worst performance for last, as they were dismantled by the Dallas Cowboys 31-14. Expectations were still high for the Bucs as they entered the playoffs, even though they finished the season with a losing record. Unfortunately, those expectations were absolutely crushed by the Cowboys, who move on to San Francisco for a matchup with the 49ers in the Divisional round.

Three keys to the game:

Cowboys quarterback Dak Prescott. After a slow start, Prescott caught fire, and led the Cowboys on five touchdown scoring drives in a terrific performance. Prescott was responsible for all five touchdowns, throwing four, and rushing for another. On the evening, Prescott completed 25 of 33 passes, for 305 yards, and also rushed for 25 yards, in what was one of the best performances of his career.

Brady red zone pick. Tom Brady had not thrown a red zone interception since 2019. After a beautiful drive that got the Bucs down to the Dallas five-yard line, Tampa Bay decided to throw the ball two times in a row. On that second throw, Brady was pressured, and tried to throw the ball away, but came up miserably short. Cowboys safety Jayron Kearse intercepted the pass, and effectively ended any chances for a Buccaneer victory.

Defense struggles on third down. The Bucs defense had been playing well the last couple weeks of the season, forcing turnovers, and getting pressure on the quarterback. Neither of those things materialized on Monday night, as the Cowboys steamrolled the Bucs beleaguered defense. Dallas gained a total of 425 yards, scored five touchdowns, and converted on 7 out of 13 third down conversions in an outstanding offensive performance.

It was a night to forget for the Bucs, and their fans, as the disappointing 2022 season came to an end. As the team heads into the offseason, many questions have to be answered. The Bucs must look back on what went wrong this year and find solutions to correct those errors for 2023.