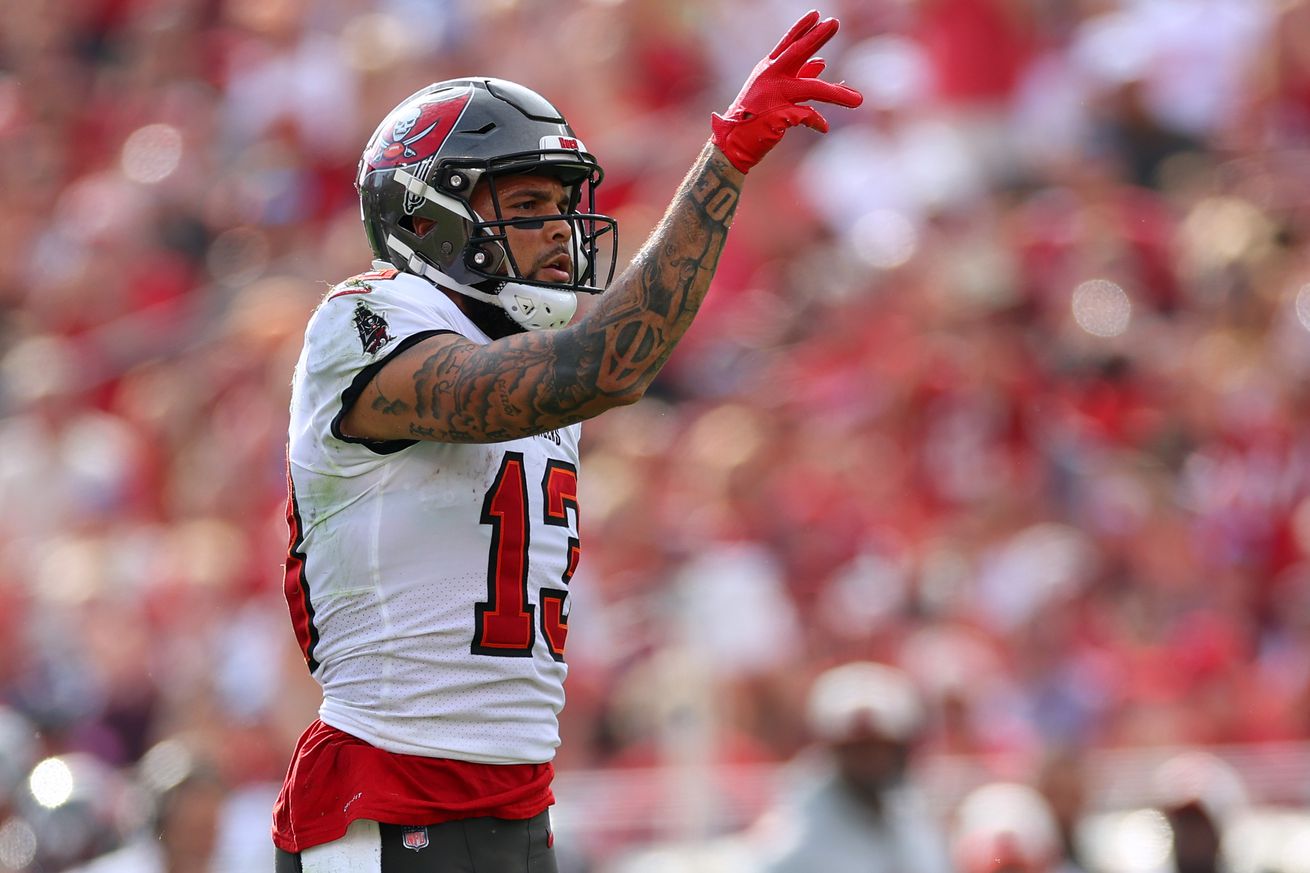 Another NFC South title with many accomplishments

– Tampa Bay clinched the NFC South divisional title with Sunday’s win, marking the first time in franchise history they have won the division in consecutive seasons.

Evans recorded his seventh career game with 175-or-more receiving yards since he entered the league in 2014, tied for second-most in the NFL over that span. Today also marked his 18th career multi-receiving-touchdown game, second-most in the NFL since 2014. According to Next Gen Stats, Evans scored all three of his touchdowns on go routes and has 24 touchdowns on go routes since the beginning of the 2018 season, nine more than the next-closest player.

– Tom Brady completed 34-of-45 passes for a season-high 432 yards, three passing touchdowns and one rushing touchdown – good for a season-high passer rating of 127.3. His 432 passing yards tied his most as a member of the Bucs (also, 9/26/21 at L.A. Rams) and is tied for his fifth-most passing yards in a single game in his career. His 127.3 passer rating was his fifth-highest mark as a member of the Bucs. Brady’s completion percentage of 75.6% was his highest mark in a game with 45-or-more pass attempts in his career. He became the second player in the NFL this season to throw for 430-or-more yards and record a completion percentage of 75-or-higher, joining Joe Burrow.

Brady recorded his 19th career divisional title, extending his own NFL record. He has made the playoffs in 14 consecutive seasons. With today’s victory, Brady recorded his fifth game-winning drive of the year and his third victory when trailing by 10-or-more points in the fourth quarter this season.

– Chris Godwin finished with nine receptions for a season-high 120 yards. He has 98 receptions on the season, tied with himself in 2021 for second-most in a single season in Bucs history. He has recorded five-or-more receptions in an NFL-best 13 consecutive games and the 13-game streak is the second-longest streak in franchise history.

– Sean Murphy-Bunting recorded two passes defensed, one interception and one forced fumble. He became the fourth player in the NFL this season to reach those benchmarks, joining Denver’s Justin Simmons, Minnesota’s Harrison Smith and Washington’s Darrick Forrest. He became the 11th Buccaneer since Pro-Football Reference data is available (1999) to record such a game, and the first to do so since Shaq Barrett on 9/29/19 at L.A. Rams.

– Anthony Nelson recorded a strip-sack on Sam Darnold, marking his third straight game with at least 0.5 sacks and his second straight game recording a strip-sack. Nelson has forced three fumbles in the last four weeks, most in the NFL over that stretch. On the year, Nelson has a career-high 5.5 sacks, tied for second-most on the team.

– Antoine Winfield Jr. sacked Sam Darnold for an eight-yard loss, improving his season sack total to a career-high 4.0 and his career total to 9.0. His four sacks this season are tied for second-most among defensive backs and his nine career sacks are most by a safety in franchise history.