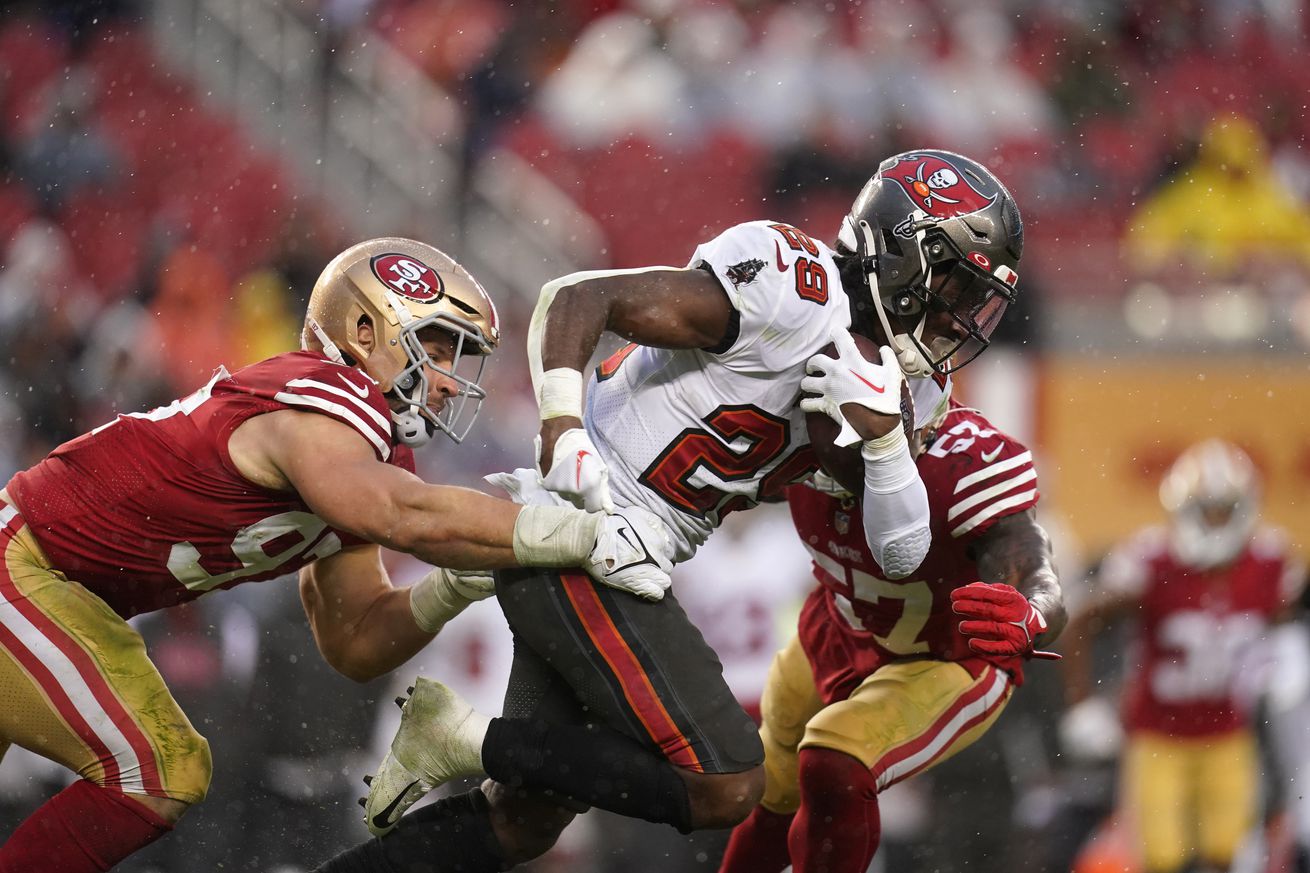 It wasn’t all bad…

– Brady threw his 100th touchdown pass with Tampa Bay in his 46th game for the Bucs, making him the second-fastest player in league history to 100 touchdown passes for a team other than the team he played his first game with, trailing only Peyton Manning (35 games with Denver).

– With 253 yards passing in the game, Brady tied Josh Freeman (13,534) for the third-most passing yards in franchise history.

– Rachaad White led the team with 71 yards from scrimmage, rushing for 56 yards and adding 21 more in the passing game on five receptions. White leads all rookie running backs in both receptions (40) and receiving yards (242) this season.

MOST GAMES WITHOUT ALLOWING A SACK – SINCE 2020

– In the second quarter, Anthony Nelson forced a fumble on Deebo Samuel, which was recovered by Lavonte David. The forced fumble was the second of Nelson’s career, while the fumble recovery extended David’s franchise record to 18.

– In his first career game handling return duties, Deven Thompkins returned the opening kickoff of the second half 54 yards – the longest kick return by a Tampa Bay player since Arrelious Benn’s 55-yard kickoff return vs. the New York Giants on 9/16/2012.