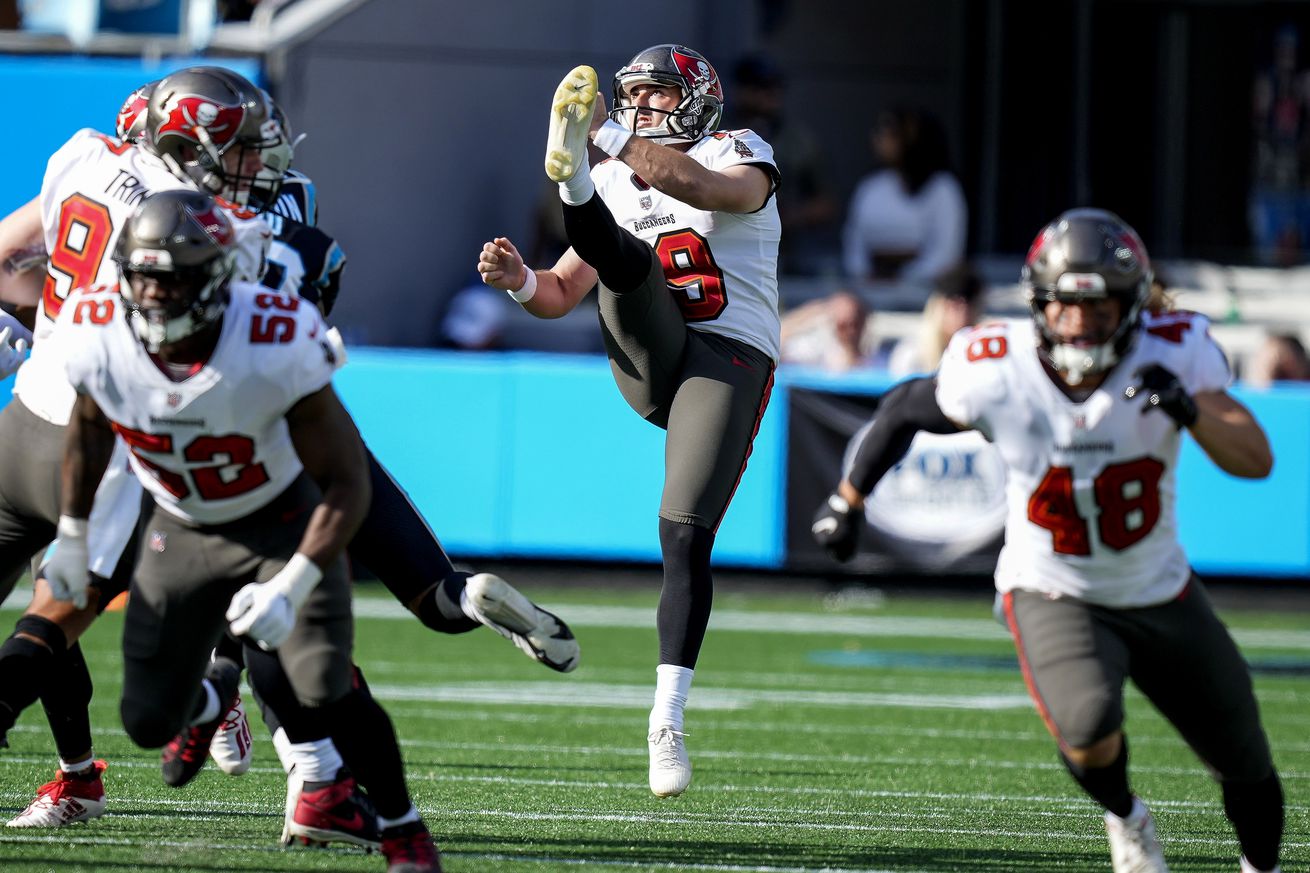 NFL Network’s Mike Garafolo reports that the Bucs will be releasing the punter, freeing up more cap space in the process

The writing was on the wall following the NFL draft, but according to NFL Network’s Mike Garafolo things are about to become official. The Bucs will be releasing punter and kickoff specialist Bradley Pinion on Wednesday;

The #Bucs are releasing P Bradley Pinion today, source says. Tampa drafted Jake Camarda in the fourth round. Pinion, who kicked and punted through a torn hip labrum and hip impingement last year, passed a physical yesterday. Expect multiple teams to have interest.

Pinion joined the Bucs in 2019 and was one of the better punters and kickoff specialists in the league. He had a slight downtick in 2020 but injuries caused his 2021 to be less than stellar, dropping yards per punt average down by more than three. His touchback percentage also dropped from 90.7% down to a disappointing 79.8%.

According to Greg Auman of The Athletic, the Bucs are going to free up around $2-million in cap space with this move;

Pinion should bounce back for whichever team signs him in 2022 if he has recovered from his injuries. While you appreciate him fighting through it, that also likely led to him being replaced by fourth-round pick Jake Camarda out of Georgia. While the fourth round seemed a little rich for a punter, Camarda wasn’t the first kicker/punter taken in the draft and comes in to Tampa with a stellar track record and looks to put the Bucs in a better position this season when it comes to the field position battle.

Pinion, drafted in the fifth round in 2015 by the San Francisco 49ers, will get some attention and likely be signed ahead of training camp by someone looking to improve their kicking situation. Following the recovery of his injuries, many will look to Pinion to regain his form and his career 43.7 yards per punt average. His touchback percentage while in Tampa averaged 85.3% and teams will certainly be interested in that aspect of his game.

While you assume that the job will go to Camarda, don’t be surprised if the Bucs bring in a league-minimum veteran to compete at training camp in order to push Camarda to fight for his roster spot. Last season, the Bucs brought in Jose Borregales to compete with kicker Ryan Succop. Expect much of the same at the punter position.