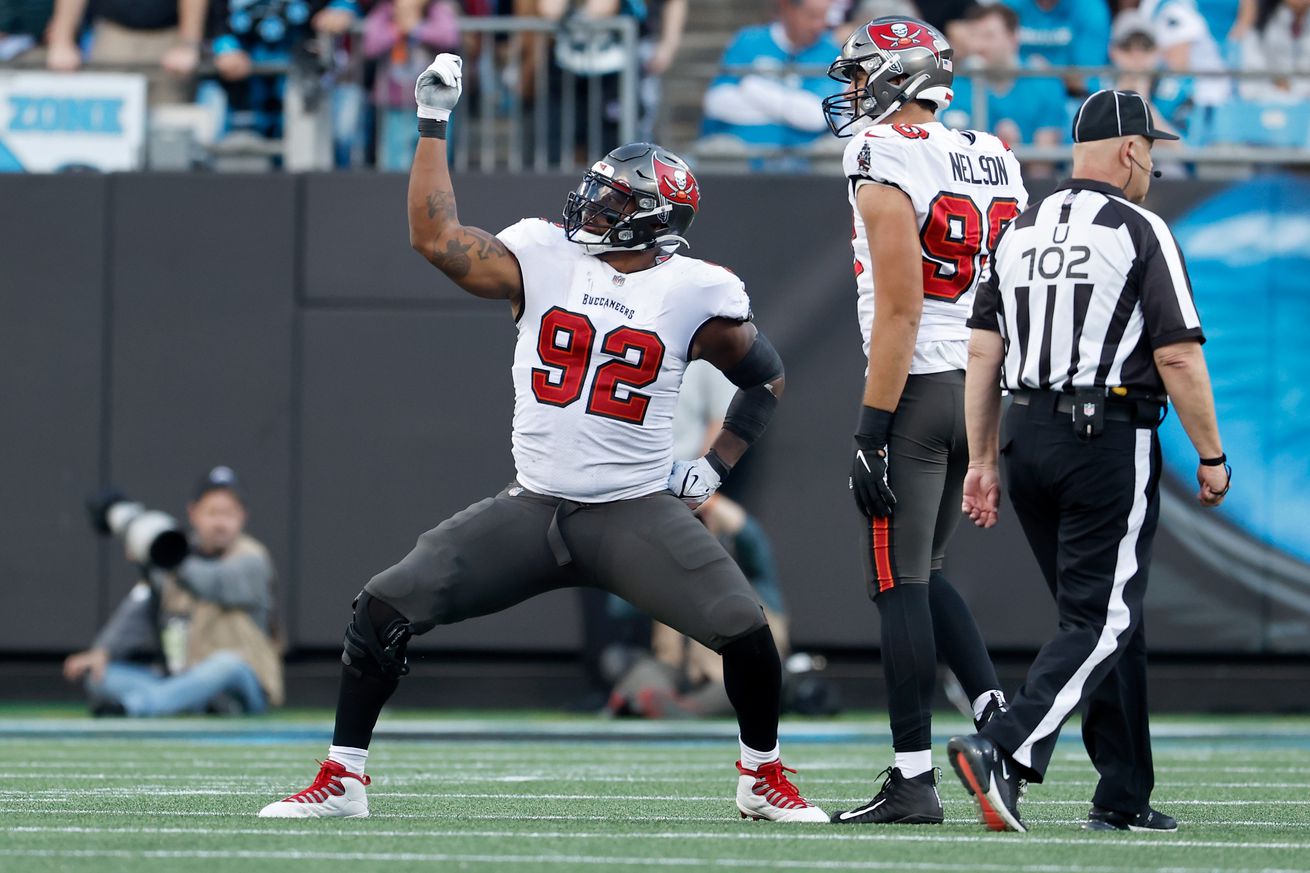 Tampa Bay is hard at work in hopes of keeping much of its roster together.

What once looked like a Bucs roster that was going to be full of turnover in 2022 suddenly looks like it will largely remain intact two weeks into free agency.

ESPN’s Jeremy Fowler reported Tuesday night that Tampa Bay is “nearing a deal” with defensive lineman William Gholston despite the veteran having interest from other teams.

DE Will Gholston and the Tampa Bay Bucs are nearing a deal that would bring him back to Tampa for a 10th season, per source. Gholston had interest from 4-5 teams but wanted to stay with Tampa and chase another Super Bowl.

ESPN’s Jenna Laine later added that a deal hasn’t been signed yet, but the two sides are “getting closer.”

I’m told that the Bucs are “getting closer” on a deal for Will Gholston. Has not re-signed yet but they’re working on it, per source.

Bringing Gholston back for his 10th season as a Buc is a significant win for Jason Licht and his front office. The 2013 fourth-round pick out of Michigan State just enjoyed what was probably the best year of his career, posting a career-high 4.5 sacks, seven tackles for loss and 11 quarterback hits in 17 games.

Gholston has been a steady contributor for the Bucs throughout much of his career, but he has really stepped up to another level over the last couple of years. We’ll wait to see what the numbers are for his new contract, but considering that he’s entering his age-31 season, it would be pretty special to see one of the longest-tenured players on the roster stick around and finish his career right where he started it.

With Gholston back in the fold, Tampa Bay adds to what has been a phenomenal week and a half. Tom Brady, Chris Godwin, Aaron Stinnie, Ryan Jensen, Carlton Davis and Leonard Fournette are all returning to the team in 2023, plus the Bucs have added Shaq Mason and Logan Ryan to the mix as well.

Up next very well should be a new contract for Rob Gronkowski and potentially Ndamukong Suh.