Report: Todd Bowles to return to Buccaneers next season 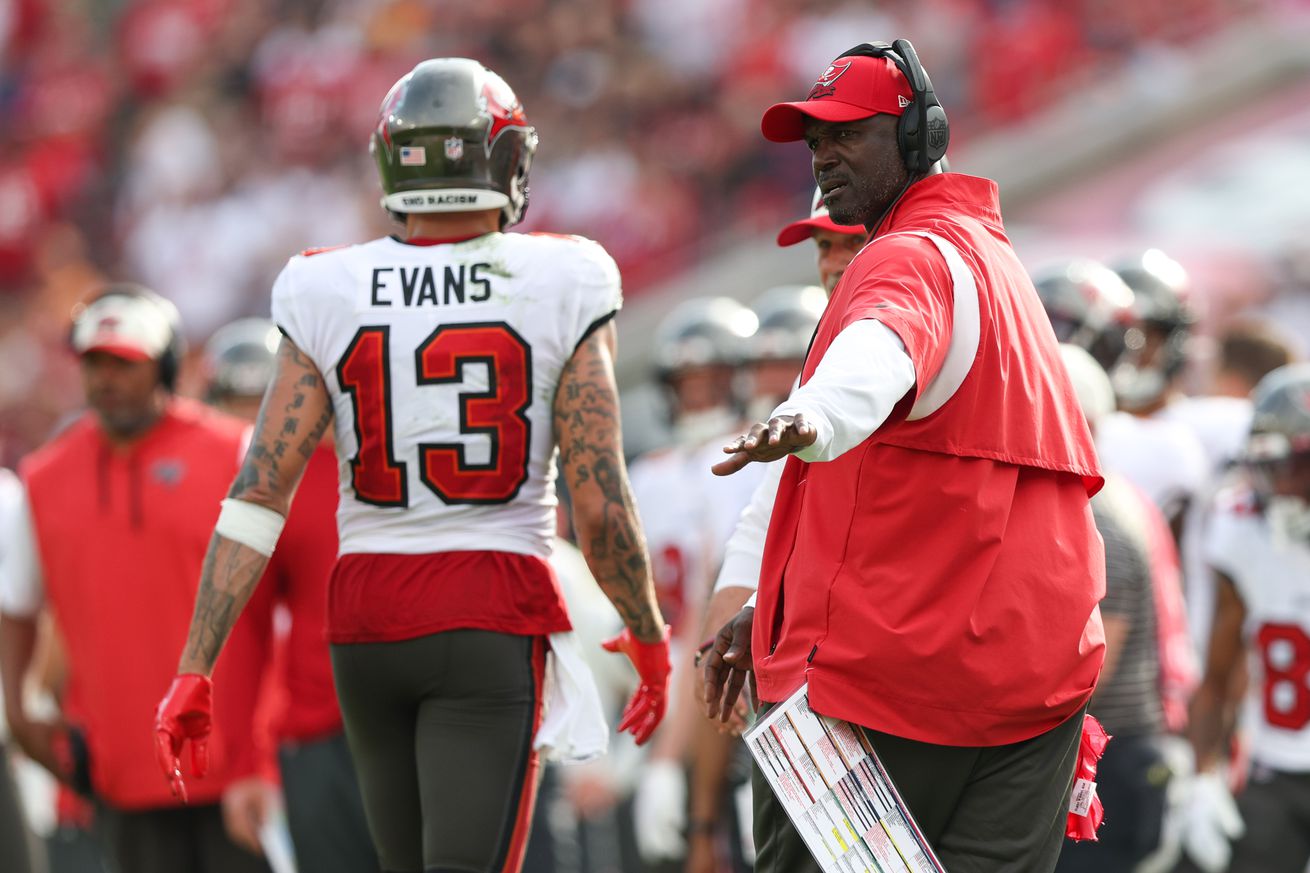 Regardless of the wild card result, Todd Bowles will return as Bucs head coach per Tampa Bay Times report

According to a report by Rick Stroud of the Tampa Bay Times, Monday’s game against the Dallas Cowboys will bear no weight on whether or not the Tampa Bay Bucs retain head coach Todd Bowles for next season. He’s back, win or lose.

It was a whirlwind promotion for Bowles, who became the head coach of the Bucs less than three weeks after Tom Brady announced he was returning for a third season with the franchise rather than staying retired – which he had done 40 days prior to that announcement. Bowles kept offensive coordinator Byron Leftwich on to run the offense and the results weren’t pretty.

The Bucs won the NFC South with an 8-9 record but saw their offense go from 30.1 points per game in 2021 down to 18.4 points per game in 2022. Some of that can be attributed to injuries – most notably along the offensive line – as well as the loss of Brady’s trusted wingman Rob Gronkowski, who retired following the 2021 season.

Bowles, as a head coach, is 34-50. His 8-9 record this season is his second best as a coach, behind a 10-6 season he had with the New York Jets in 2015. Now, he’ll look to build on that in 2023 with plenty of questions looming about which players may or may not return – most importantly, Brady himself.

After being hired, Bowles signed a five-year deal as the Bucs’ head coach which canceled the two years remaining on his contract as their defensive coordinator. It seemed unlikely – in spite of a down season – that Jason Licht and Bruce Arians would have pulled the plug on Bowles after just one year that resulted in a playoff berth.