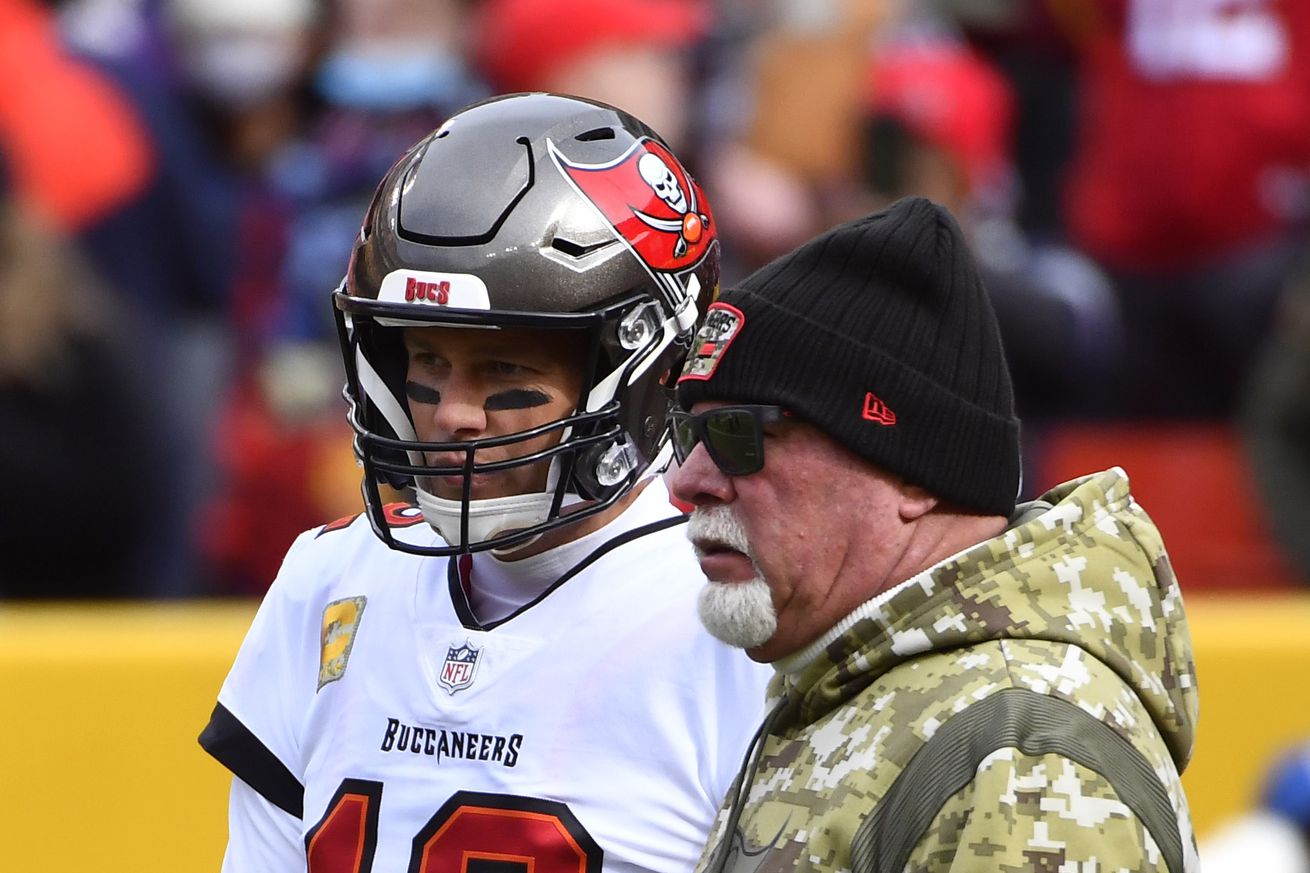 The radio host and face of NFL Network speaks out on Brady, Arians “rift”

The conspiracy theorists have been out in full force since the announcement that Bruce Arians was stepping away from coaching, replaced by Todd Bowles, and taking a spot as the Senior Football Consultant for the Tampa Bay Bucs.

The rumor mill has swirled for a long time regarding a feud between Brady and Arians. That their relationship isn’t a good one, that Arians took the proverbial “red pen” to Brady and Byron Leftwich’s game plans, that maybe Brady was upset about Antonio Brown’s dismissal, and ultimately Arians was responsible for Brady’s short term retirement.

Arians spoke at the NFL Scouting Combine about how excited he was to be back and that he would welcome Brady back with open arms if Brady were to change his mind. Brady returned and all was good. Then the Miami Dolphins trade rumors began, once again citing the alleged rift between quarterback and coach.

The unexpected retirement of Arians just added fuel to the fire of those that believed Brady made a power play to force Arians – the winningest coach in Bucs history in terms of win percentage and playoff success – out as the head coach of the team.

Rich Eisen spoke on his radio show that he’s not buying it and there are plenty of reasons why;

All the conspiracy theorists who believe @TomBrady bounced his coach as a prerequisite for his return needs to check this out and then tell me you still believe it. https://t.co/VXKWqdWw19

The video is nearly ten minutes long, but well worth the watch. Eisen is one hundred percent right – it just doesn’t add up.

For starters, Brady didn’t have to come back to begin with. He could have retired and moved on. Second, despite the high asking price Arians said (five first round picks) at the combine, if Brady truly wanted a trade he would have gotten one. Third, if he really wanted Arians out the “power play” could have been made without the retirement dance.

Not to mention, Eisen pointing out that Brady would have to be beyond sociopathic to force this move then sit in the front row and watch Arians say goodbye as a coach. To revel in his master manipulation as a potential Hall of Fame coach walks away from the game because that was the ultimatum the Glazers were given. It’s honestly twisted to think that happened.

One of the most popular conspiracy theories was that Brady went to the Manchester United game to speak with the Glazers about his desire to play without Arians at the helm. Well, the Glazers weren’t even there when Brady was in attendance so that goes right out the window.

Personally, I find it really hard to believe that Brady would put up with Bill Belichick’s style and approach for two decades then all of a sudden decide he can’t put up with Arians after just two years? Doesn’t seem to line up.

You’d be hard pressed to find a current or former player of Arians’ that says a bad thing about him. Most of his staff has been comprised of players he coached and they are fiercely loyal to him. Often referred to as the “coolest coach” in the game due to his laid back nature and propensity to develop a connection and relationship with his players, it seems far-fetched that a player like Brady wouldn’t be able to handle playing for him – especially with the success they’ve had together in those two seasons.

Sometimes it’s hard to take things at face value, and understandably so. There’s a lot of examples of people saying one thing and doing another behind the scenes. However, anyone who has spoken with Bruce Arians, who knows Bruce Arians, or understands the affection he has for “his guys” on the staff can understand that he wanted to set up his staff for success and not leave them with a mess to clean up after he leaves. Like it or not, believe it or not – that was important for Arians.

Eisen hits it on the head from beginning to end. Rumors and conspiracy theories make for fun fodder on websites and podcasts, but sometimes the truth is the explanation that just makes the most sense and is staring you right in the face.