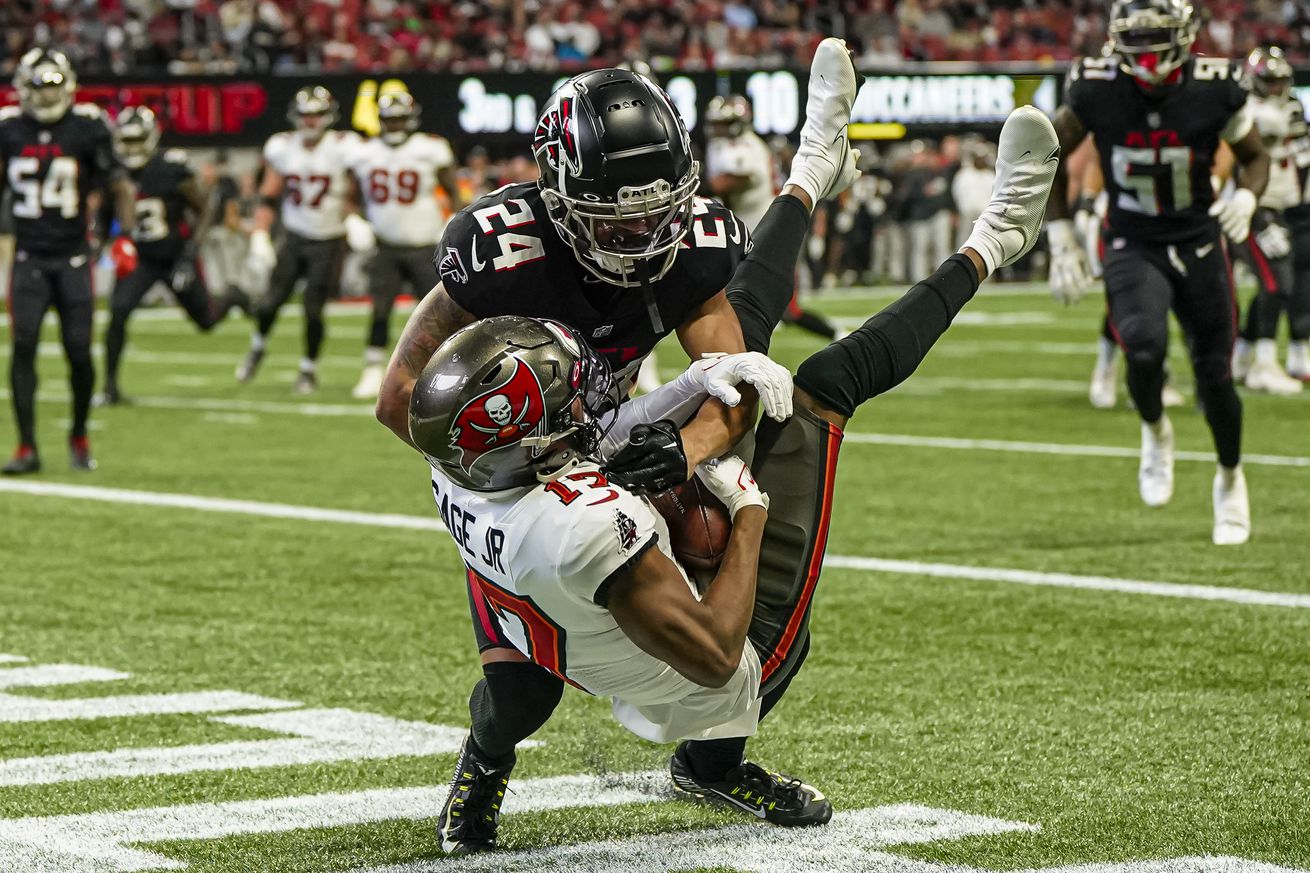 Gage was loaded onto a backboard before leaving the field.

Russell Gage was carted off the field with just under three minutes remaining in the fourth quarter of the Wild Card matchup against the Cowboys. Gage struggled to get up from the ground and was unable to do so.

The medical team brought out the cart and got Gage on a spine-protective backboard to take him off the field.

Players from both sides kneeling in prayer/support before Bucs WR Russell Gage Jr. is strapped to backboard pic.twitter.com/knfLKvxK5t

HC Todd Bowles says Russell Gage Jr. has been taken to the hospital. Suffered a concussion and is being evaluated for a neck injury. Has movement in his extremities

Movement in his extremities is good news. We will update this story as more information becomes available.

Gage spent the first four seasons of his NFL career with the Atlanta Falcons, where he developed into a key part of the offensive attack, far outplaying his sixth-round draft status. He signed with the Tampa Bay Bucs prior to the 2022 season, and had 51 catches for 426 yards and five touchdowns over 13 games this season.

We are all wishing Gage the very best and hoping this injury isn’t nearly as bad as it looked.