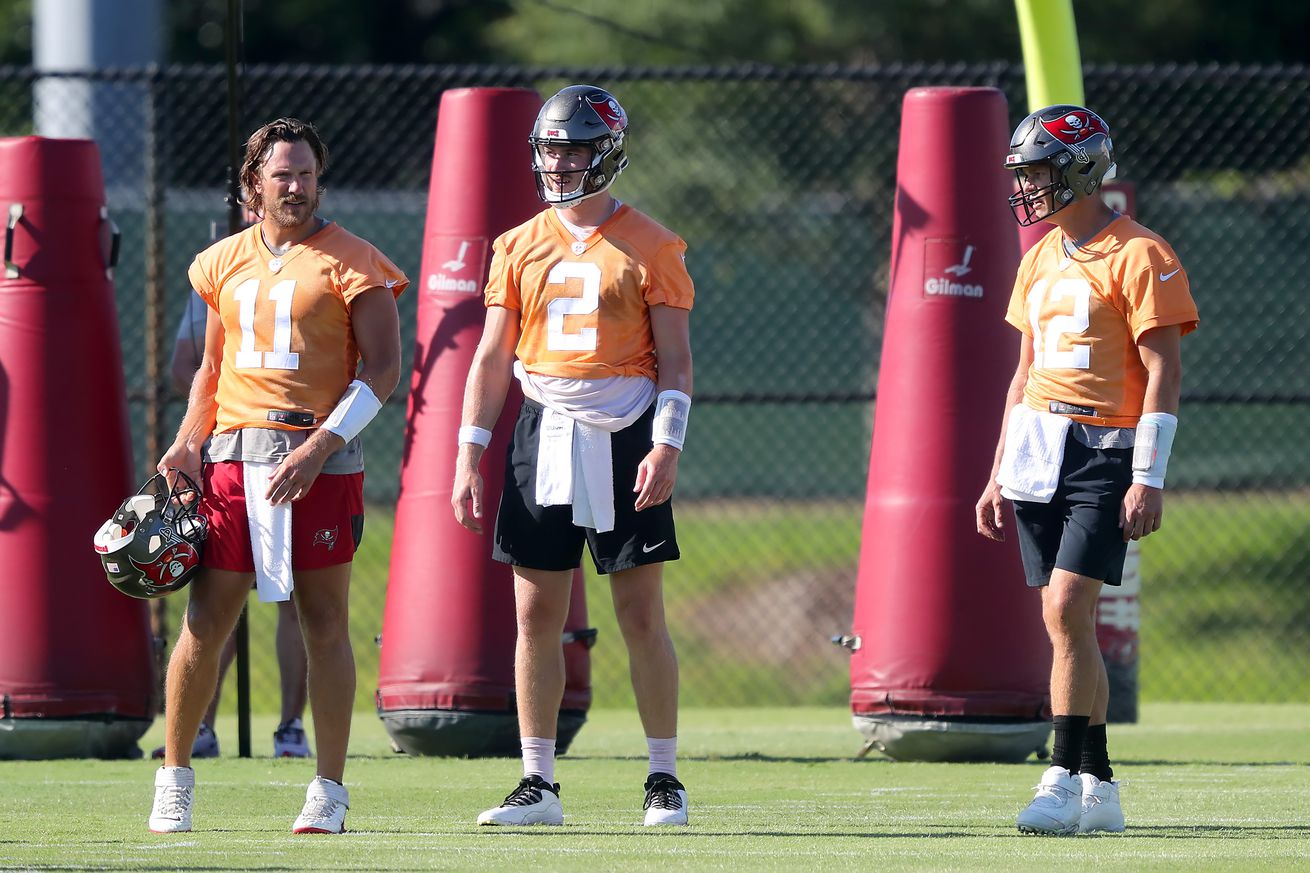 With training camp a month away, the Bucs have a solid picture on the roster they’ll have once they get things going later on this summer. But that doesn’t that there are some potentially big decisions or ideas that still have to be taken into consideration heading into 2022.

Tight end Rob Gronkowski announced his retirement recently which obviously prompted many discussions around what the Bucs should do next at the position. While that may still remain a mystery, Tampa Bay fans voted last week on the matter and 63-percent of them want them to go out and sign a free agent tight to fill the void Gronk leaves behind.

At quarterback, it’s obvious Tom Brady isn’t going anywhere in 2022. We just don’t know what will happen after.

We asked Bucs fans if they felt it’s time the team gave Kyle Trask some playing time this season in situations Brady May come out due to a big lead — 64-percent of fans feel he should see more playing time to see if the Bucs have anything for the future.

We’ll see how the team handles both situations for the 2022 season.