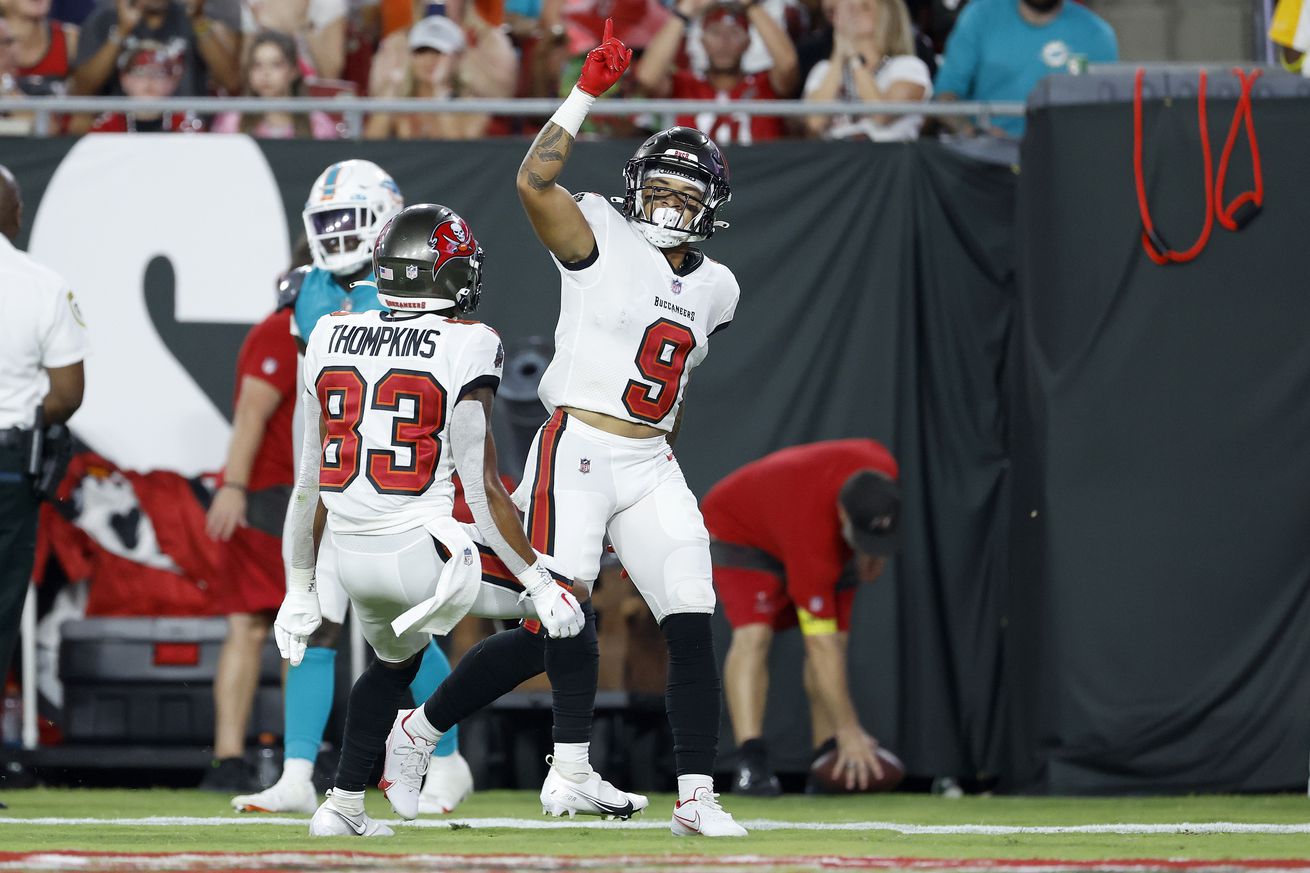 The Bucs cut a small group of players as they settle on a 53-man roster.

The Bucs cut a handful of players Monday as they worked to finalize their roster.

The most surprising seems to be Sterns, an undrafted rookie out of Western Kentucky who led the nation in catches, yards and touchdowns last year. He reportedly impressed throughout camp and put up a standout performance against the Miami Dolphins in the preseason opener (4 catches for 51 yards and a touchdown).

He was much quieter the last two games, and the receiver logjam was very real for Tampa. He has a good chance to land back on the practice squad if he goes unclaimed.

Anthony is arguably the highest profile cut thus far. The seventh round pick out of LSU started camp off quietly but made a bigger impression the last two weeks, recording a sack in back-to-back outings. He’ll also more than likely end up on the PS.

The return of the others is more of a tossup. McMichael has decent shot, but he was clearly far behind other corners like Dee Delaney and Don Gardner. Cooper lived on the practice squad last year, but the Bucs still have Nolan Turner — who has looked strong on defense and special teams as a potential fifth safety.

Hutcherson missed all of 2021 with an injury and looked unexceptional throughout the preseason, often coming in at the very end of games. While Tampa’s depth on the line is unsettled right now, they might seek a higher profile name to bring in before inviting back Hutcherson.

The Bucs must cut 22 more players before the 4 p.m. deadline Tuesday.