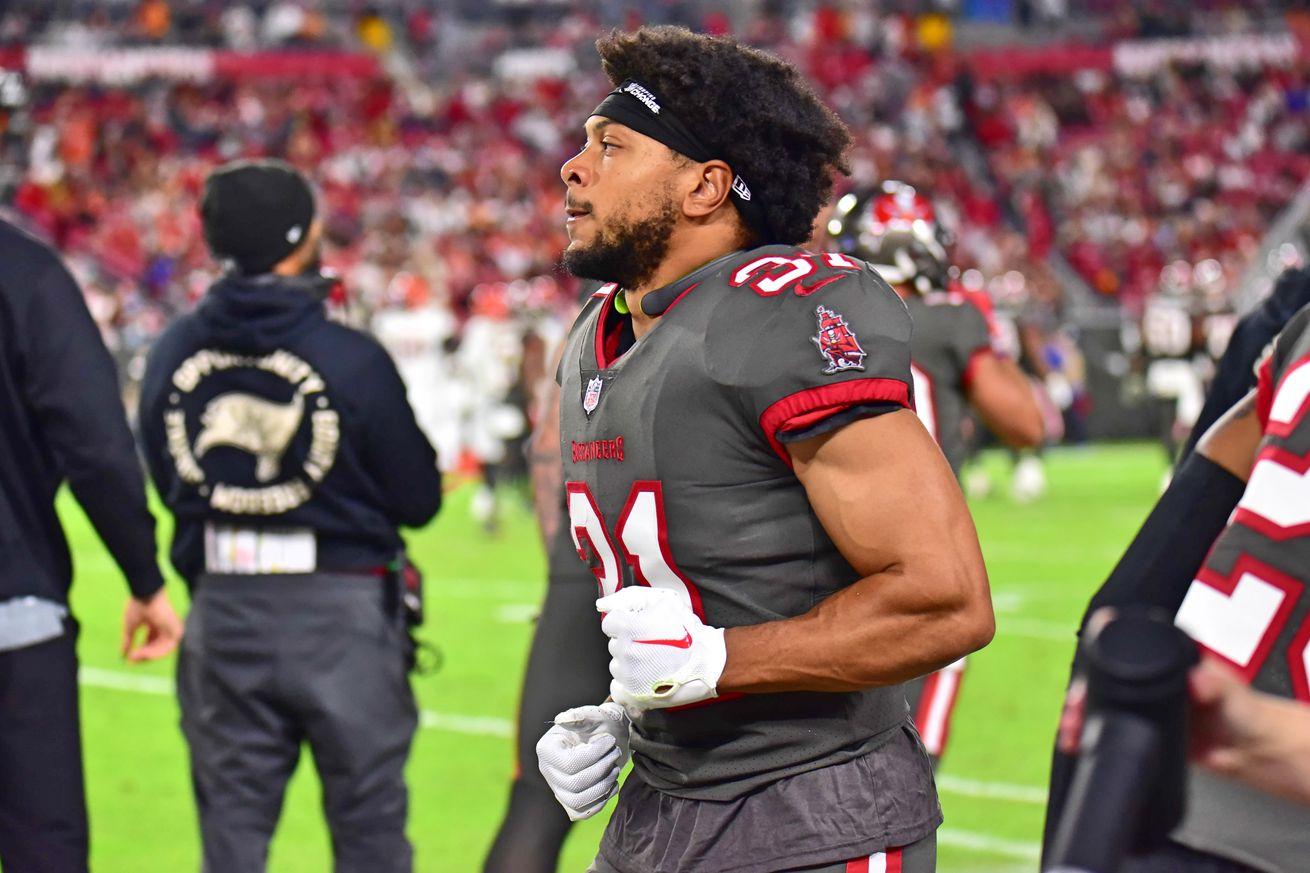 Avery, Nassib, Dean, Smith, and Vea will all miss Sunday’s game; Winfield Jr. will be a game-time decision

A total of eight players will miss Sunday’s game between the Tampa Bay Bucs and the Arizona Cardinals. Five Bucs have been ruled out, while three Cardinals will also miss the contest. A total of 11 players are questionable, including six Bucs, with many of them likely to be game-time decisions.

Genard Avery (abdomen), Jamel Dean (toe), Carl Nassib (pectoral), Donovan Smith (foot), and Vita Vea (calf) are all unavailable for the game. Avery has been placed on injured reserve and will most likely miss the rest of the season. The Bucs have Joe Tryon-Shoyinka, and Anthony Nelson, as the only two outside linebackers playing on Sunday. Last week, each player played every defensive snap.

Safeties Mike Edwards (hamstring), Keanu Neal (toe), and Antoine Winfield Jr. (ankle) are listed as questionable, with Winfield being the most likely not to play on Sunday. He did not practice all week and was limited in last week’s game after re-injuring the ankle. The one positive injury update involves tackle Tristan Wirfs, who seems in line to play on Sunday after missing the last three weeks.

Arizona will be without defensive lineman Zach Allen (hand), quarterback Colt McCoy (concussion), and cornerback Byron Murphy Jr. (back.) Quarterback Trace McSorley will get his first NFL start on Sunday, as he looks to continue a season long trend of younger quarterbacks playing well against Tom Brady and defeating the Bucs.

Game time is set for 8:20 PM ET and will be broadcast on NBC. On the call for NBC will be Mike Tirico, Cris Collinsworth, and Melissa Stark.