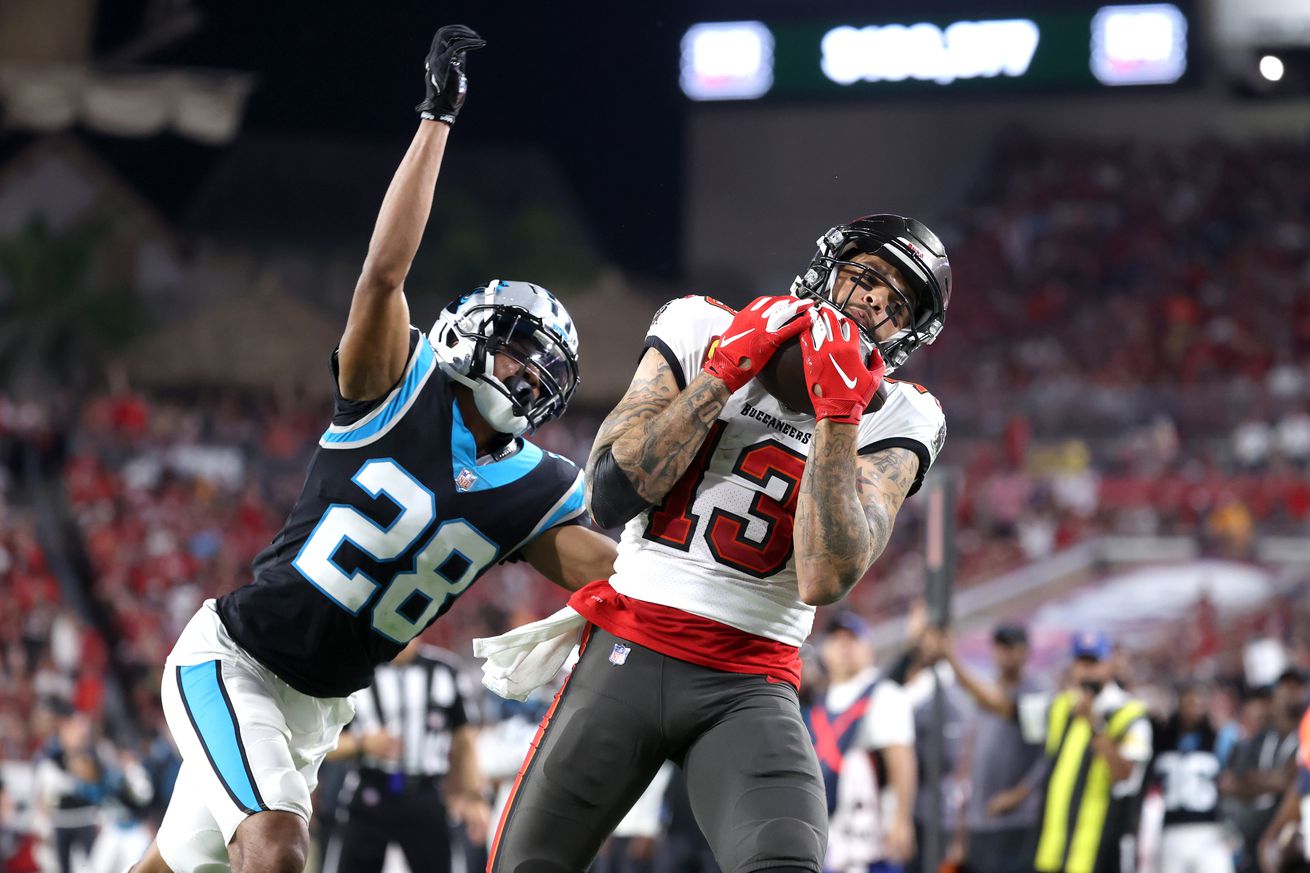 Coming off arguably their most disappointing loss of the last three seasons, a 20-18 stunner against the Pittsburgh Steelers, the Bucs are looking to get the ship back on course and to move to 3-0 in the division as they take on the Carolina Panthers for the first time this season.

The Panthers have had their share of issues this season. The Baker Mayfield trade hasn’t worked too well so far and he’s sidelined with an ankle injury. They made a late night trade with San Francisco on Thursday for Christian McCaffrey in exchange for four draft picks and just traded wide receiver Robbie Anderson to the Arizona Cardinals. Oh, and they fired their head coach Matt Rhule after he went 11-27 in just over two seasons.

McCaffrey had some success against the Bucs, rushing for 354 yards and five touchdowns along with 272 yards and two touchdowns on 31 receptions in his seven career games against Tampa Bay, but that dual threat for the Panthers is no longer there. Starting quarterback P.J. Walker has had one appearance against the Bucs where he went 2-of-4 passing for 50 yards and was sacked one time. As a starter, Walker is 3-8 with two touchdowns and eight interceptions and having been sacked fifteen times.

The Bucs and Panthers kick off at 1:00 p.m. ET in Bank of America Stadium this Sunday. The game will be broadcast on FOX with Kenny Albert, Jonathan Vilma, and Shannon Spake on the call.