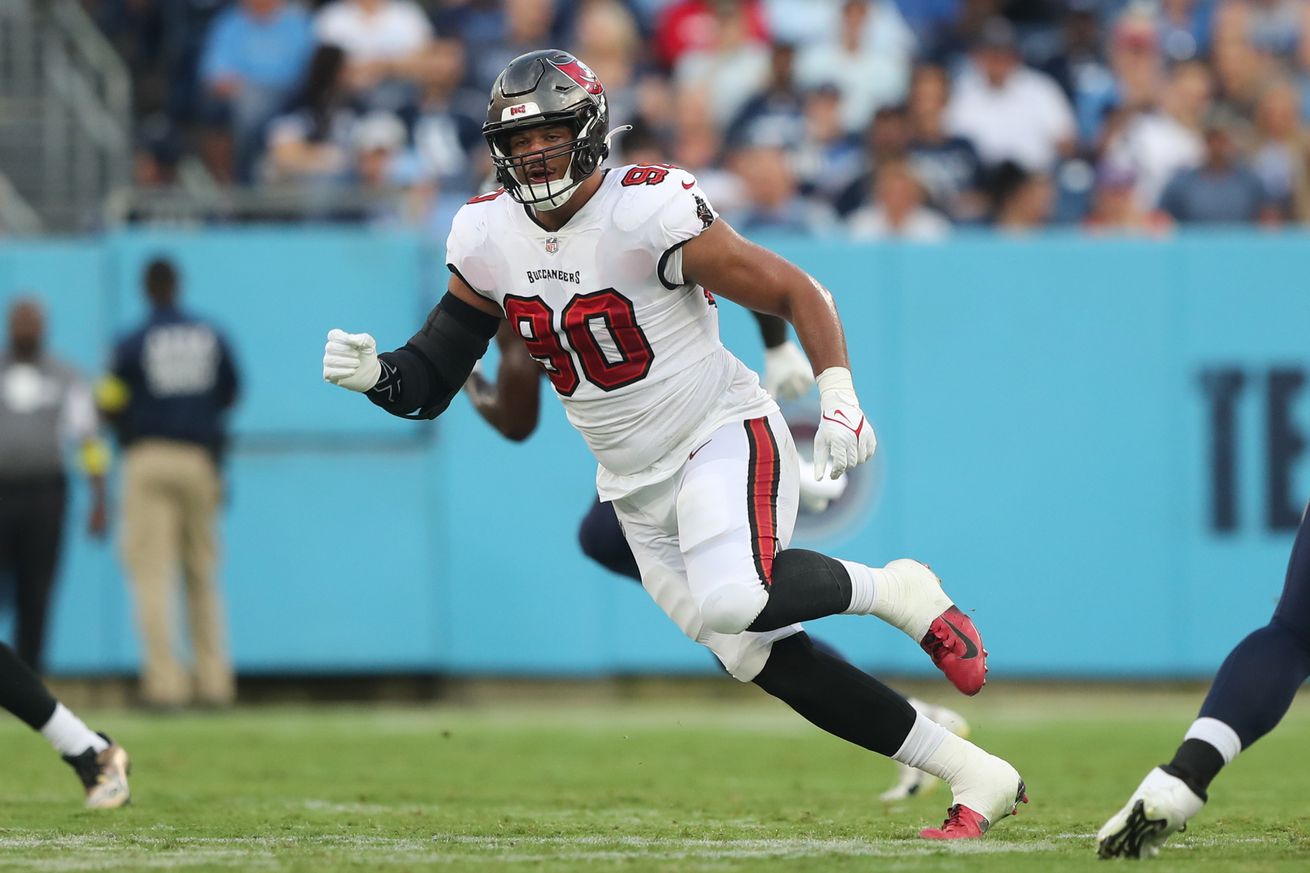 Some encouraging developments in the Bucs’ second injury report of the week.

A few encouraging upgrades in status have the Bucs looking in alright shape ahead health-wise ahead of their divisional tilt against the Carolina Panthers.

Rookie defensive lineman Logan Hall participated on a limited basis Wednesday with abdomen and groin injuries but returned to full participation, which indicates he should be good to go. Guard Shaq Mason rested an ankle ailment but also returned in full.

Safety Mike Edwards fully participated two days in a row and will likely be off the injury report sooner rather later. And while fans shouldn’t get their hopes, Julio Jones was marked as a limited participant after largely sitting out practice the last two weeks. The team won’t rush him back, but any progress is good progress.

On the flip side, Carlton Davis may have re-tweaked his hip injury as he was downgraded from limited to DNP Thursday. Hopefully it’s just precautionary, but with Sean Murphy-Bunting still not practicing due to his quad, the team’s cornerback depth might be seriously tested if both miss Sunday.

For the Panthers, defensive tackle Matt Ioannidis is the biggest news from today’s report as he was downgraded from limited to DNP because of a neck injury and concussion protocol. A negative development related to concussion protocol this late week is usually a bad sign, so it bears monitoring. Ioannidis has been one of the better players on a bad Panthers team, and his absence would severely affect their front 7.

Center Pat Eflein remains out with a hip and corner Donte Jackson continues to deal with an ankle, so their prospects appear poor as well.

The entire injury report is listed below: