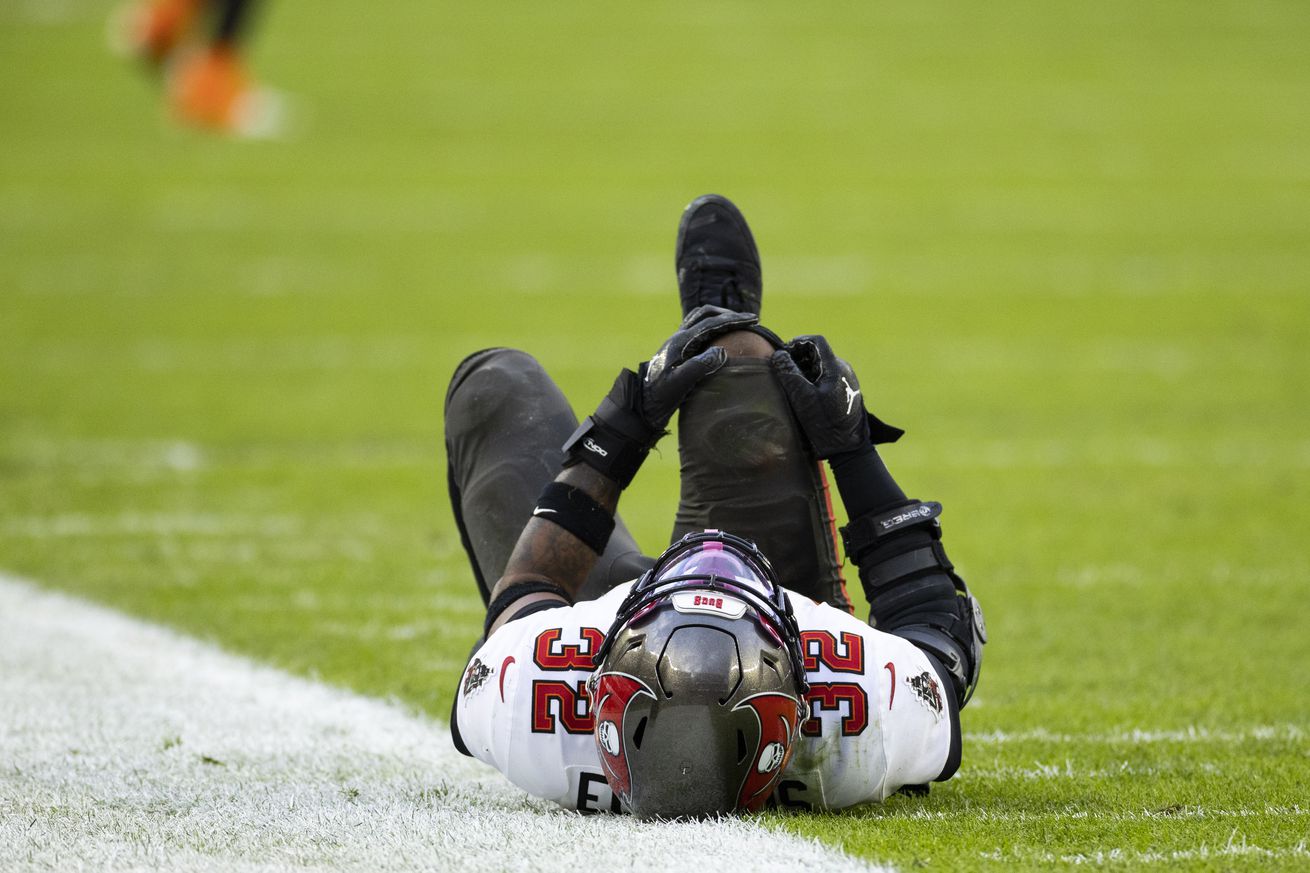 Coming off a short week, the Bucs are still without two key players in their secondary. Both starting safeties – Antoine Winfield Jr. and Mike Edwards – were held out of practice on Wednesday. After each of them missed the Monday night game against the Saints, it’s unclear whether or not either of them will be available for a big road game against the San Francisco 49ers.

Winfield is still dealing with an ankle injury while Edwards is hampered by a hamstring issue.

On the flip side, cornerback Sean Murphy-Bunting was limited with a quad injury and tight end Cam Brate was a full participant after dealing with an illness. Both players were also inactive on Monday but look to be on track for this week.

Some other potential good news for the Bucs is that 49ers’ dominant pass rusher Nick Bosa was held out of practice, dealing with a hamstring issue of his own. With Tristan Wirfs out and Donovan Smith struggling, Bosa offers a huge test for the Bucs’ offensive line. Should he miss the game, that would certainly play into the Bucs’ favor – though it’s too early to tell what his status will be.

Running back Christian McCaffrey was limited with a knee injury while the 49ers had four other players not participate in practice – Trent Williams (rest), Hassan Ridgeway (pectoral), Tarvarius Moore (knee), and Jimmy Garoppolo (foot).

Garoppolo won’t be playing in this game, leaving the task up to “Mr. Irrelevant” Brock Purdy who played very well for the 49ers in their win over the Miami Dolphins last week.

The Bucs and 49ers kickoff in Levi’s Stadium at 4:25 p.m. ET on FOX. Kevin Burkhardt, Gerg Olsen, Erin Andrews, and Tom Rinaldi will be on the call for FOX’s America’s Game of the Week.