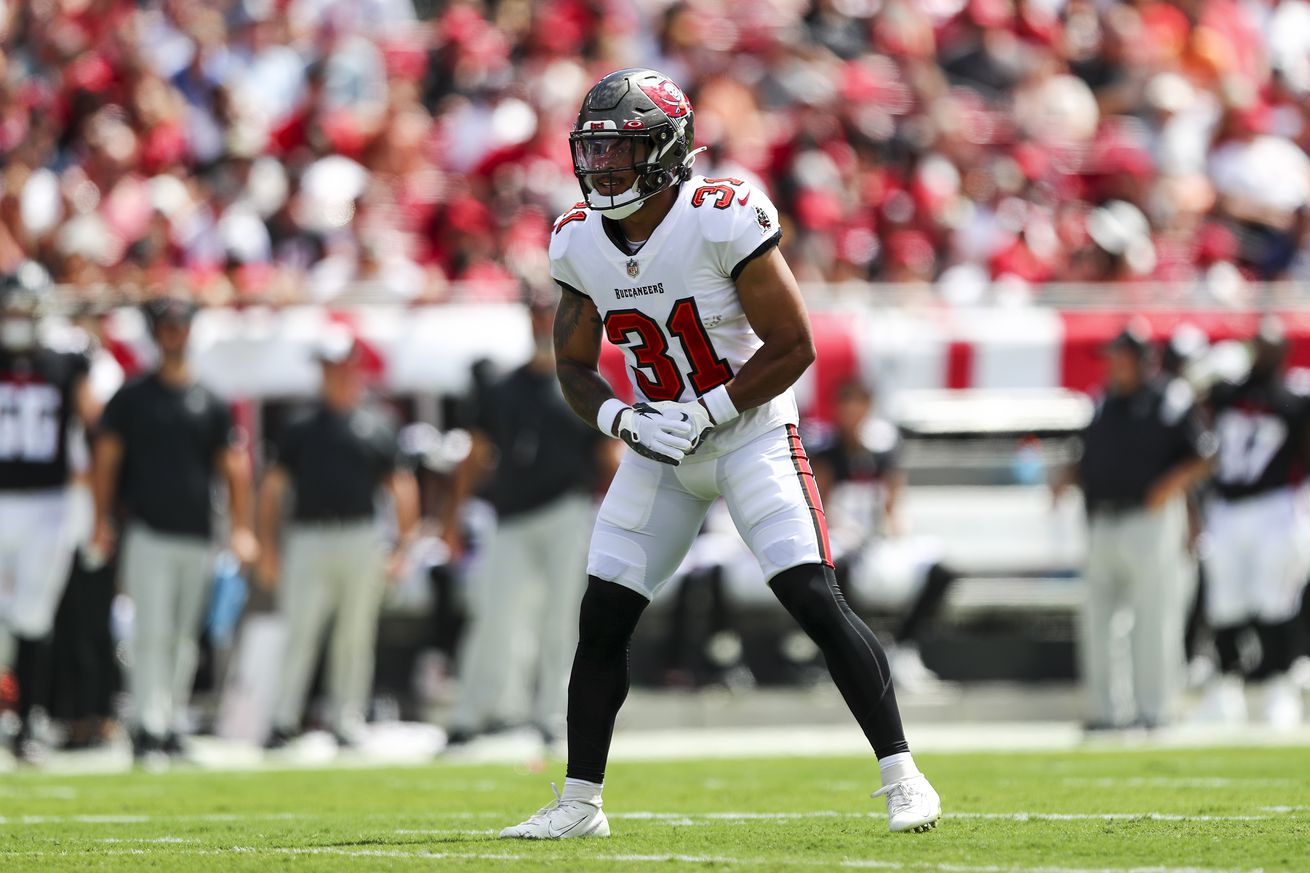 Several key Bucs remain hobbled ahead of their holiday showdown in the desert.

While the Arizona Cardinals pose a significantly easier challenge than either the San Francisco 49ers or Cincinnati Bengals, it might require more snaps from key backups as the Bucs continue the slow healing process.

Key players like Antoine Winfield Jr., Jamel Dean, Vita Vea, Donovan Smith and Carl Nassib remained non-participants on Thursday for the second day in a row. That typically bodes ill for being game ready, but Winfield did suit up last week and played some snaps so he might be more questionable.

However, Dean’s status is already in doubt, per Todd Bowles, and Smith’s previous struggles combined with being hurt might lead the staff to give him a rest. Tristan Wirfs is close to returning after logging two limited practices and projecting confidence in his status, which means Josh Wells (also limited with a back issue) could slide over to left tackle for Smith.

Julio Jones remained limited, but it seems likely he’ll be a game-time call — as has frequently been the case with him. Keanu Neal upgraded from DNP to limited.

On the Arizona side of things, they’re also hurting and might face some key absences.

Defensive lineman Zach Allen, who’s been having a career year with 6 sacks and Pro Football Focus grade of 72.7, has been DNP with a hand injury. Starting cornerback Byron Murphy also did not participate due to a back injury, and offensive lineman Kelvin Beachum sat out with ankle and knee issues.

Most notably on Thursday’s report was receiver Marquise Brown showing up on it with a listed groin injury. Brown is an electric downfield playmaker, so him being hobbled or even missing the game would be a break for the hobbled Bucs secondary.

Here is the full report: