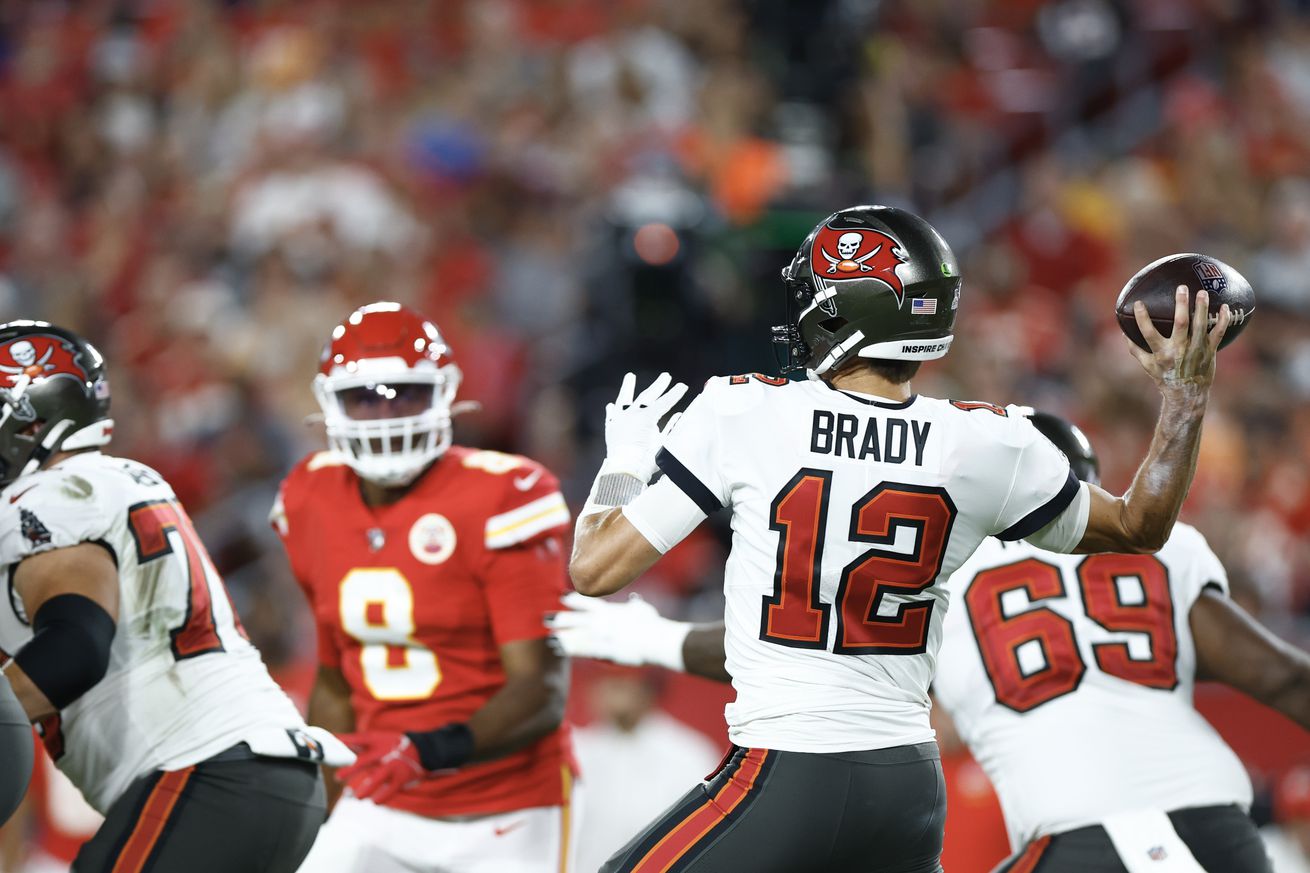 One day after piquing interest by appearing on the injury report, Tom Brady dispelled any concerns by participating in full at practice and saying he feels good to go.

“I’ll be there Sunday,” Brady said with a grin in his post-practice press conference.

That’s about as good of a confirmation you’ll get. How it affects him remains to be seen, but he looked alright throughout the remainder of the Chiefs game so there’s no reason to expect any significant hindrances to his game.

In other injury news, Cam Brate remained a non-participant due to concussion protocol, so his status seems iffy at best, and same goes for Akiem Hicks and Logan Ryan (foot for both). Rakeem Nunez-Roches was a new addition due to illness.

Chris Godwin (knee), Julio Jones (knee), Russell Gage (hamstring), Breshad Perriman (knee/hamstring), and Donovan Smith (elbow) all remained limited participants, but no serious concerns exist for them to miss Sunday’s contest. Carlton Davis was downgraded to limited participation due to his shoulder stinger, so that bears watching on Friday.

The Falcons, meanwhile, come in remarkably healthy with just Kyle Pitts (hamstring) having any designation, missing back-to-back practices. His absence would be a massive hit for the Atlanta Falcons since they’re already missing Cordarrelle Patterson. Former Bucs punter Bradley Pinion was removed entirely after missing Wednesday’s session for personal reasons.